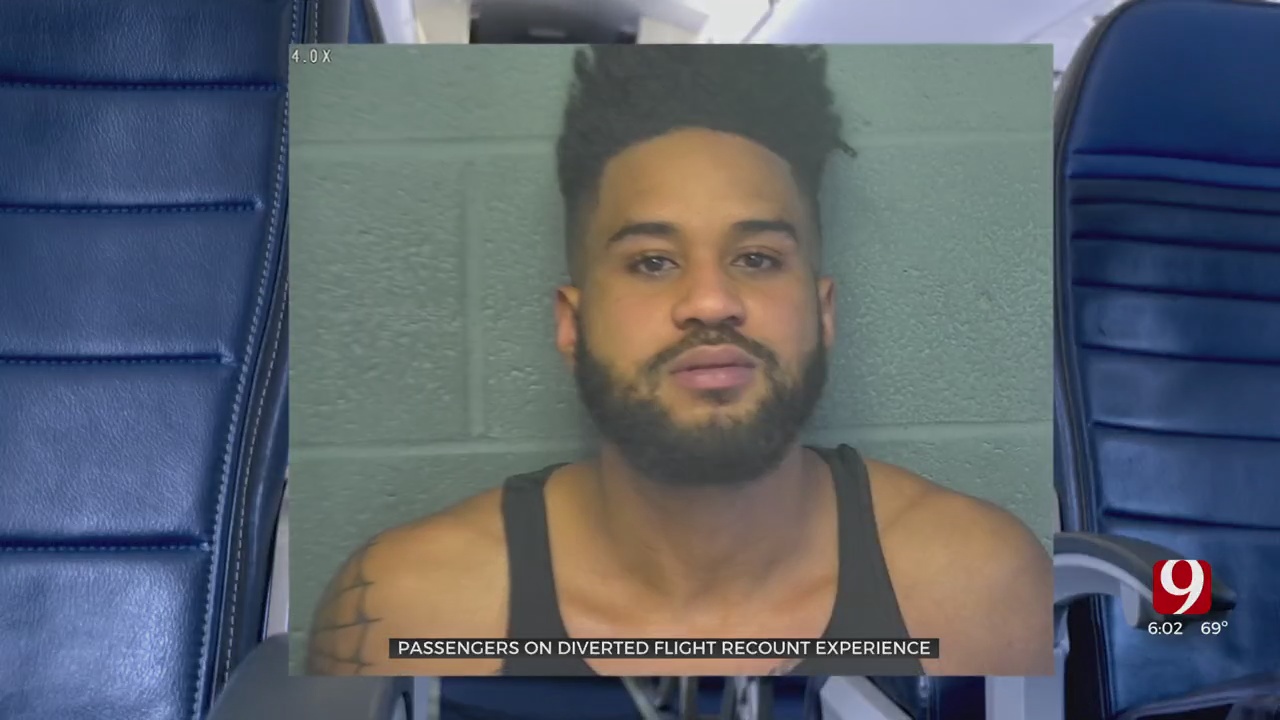 A Delta flight from DC to LAX had a smooth landing in Southern California, but what happened in the air was a little bumpy.

Passengers Tiffany Tretta and her daughter, Mia Tretta, were surprised when they said the plane made an unexpected stop Thursday night at Will Rogers World Airport.

“Getting on the flight home and having an altercation in the air during the flight was a little disheartening,” Tiffany Tretta said.

Tiffany and Mia Tretta returned home from a DC vigil honoring victims of gun violence and calling for change, an issue Mia Tretta holds dear after the 2019 high school shooting in Saugus, Calif. .

Two students died and injured several others, including Mia Tretta.

“I was shot in the lower abdomen, and obviously there are still many physical and mental issues that I deal with all the time. I do half school online and half in person now just because it’s so hard to be in this place,” said Mia Tretta.

Tiffany and Mia Tretta said what triggers them is that violence can happen anywhere.

Ariel Pennington, 35, was escorted onto a Delta plane bound for LAX from DC in handcuffs.

“She was doing pretty well until he was handcuffed and the gentlemen started screaming. He was screaming things like ‘help me, help me,'” Tiffany Tretta said.

The FBI said federal air marshals aboard the plane subdued a passenger accused of assaulting a crew member.

The flight made an emergency stop in Oklahoma City where police arrested Pennington on complaints of disorderly conduct and public drunkenness.

The Trettas said there should be a zero-tolerance policy for people who cause trouble on a plane like in a school.