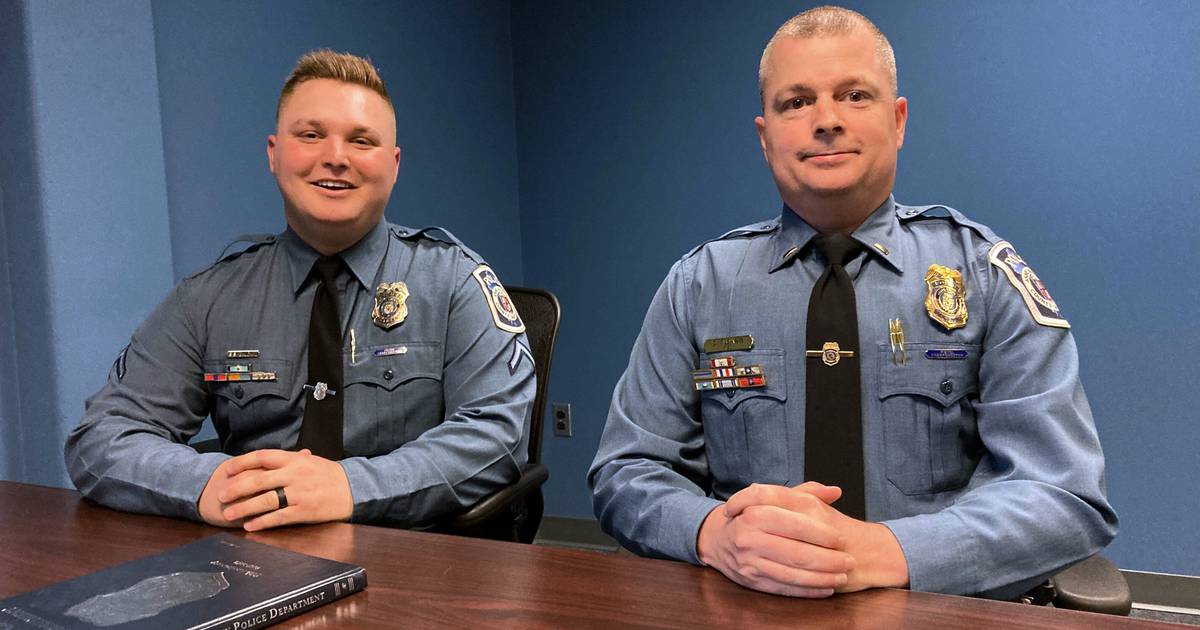 Two Anne Arundel County Police officers on Wednesday recounted the overnight water rescue of four people from a van that crashed into a Severn drainage basin on Friday.

As video of the incident showed officers’ role in the rescue, they thanked bystanders for helping to ensure the night ended well.

A few people, who remained at Severn-Danza Park after a Friday night sports league event, helped the two officers, who pulled a family of four out of a car that had crashed into a drainage basin near Donaldson Road near the park entrance, officers said.

“They did a bunch. We were really happy they were there,” Anne Arundel County Police Pfc said. Seth Ballard, who arrived at the crash scene shortly after Lt. Dion Tilghman.

Tilghman, who was patrolling the park at the time, said he heard the crash shortly after 9 p.m. After heading towards the sound, he discovered that a van had crashed through a fence and into the drainage basin.

“I could see headlights where I didn’t expect them to be,” Tilghman said. “I walked around and looked better. In fact, I could see there was a partially submerged van in the water.

When Ballard, who was at a nearby fire station, arrived, he and Tilghman noticed the van slowly taking on water. And they observed children – a 9-month-old and a 3-year-old – inside.

“When we both saw the kids, we didn’t even think about it, we started taking our belts off right then and there,” Ballard said. “The lieutenant said, ‘We’re going’ and I was already taking my vest off.”

Waist-deep in the pond, Ballard used a large hammer to smash the vehicle’s two passenger-side windows while warning the occupants of the van, “Close your eyes.” Close your eyes.”

“There are two babies. Give me a baby,” Tilghman said.

He reached out through the broken rear window, picked up a crying child and carried her into the water to safety while trying to reassure her, “I know Princess. Scary, right? »

Ballard grabbed the other child and followed Tilghman to the shore where locals and park staff had come to help.

“They did a ton for us,” Ballard said. “The fence to get into the pond was down… so they were holding it up for us. As we brought the children back, they grabbed the children and wrapped them in their jackets. They held tools for us.

Once the children were safe, officers returned to the car to pick up the two adults.

The help from civilians came as no surprise to the two Western District officers, who noted the friendliness of residents is one of their favorite aspects of working in Anne Arundel County. Ballard, who grew up in Pasadena, said Severn residents are always ready to lend a hand.

The van was towed out of the pond several hours after the accident using a crane. No one involved was hospitalized, and no one reported injuries other than cold and damp. Officers said they were not injured by scrap metal or other debris on the bottom of the pond.

“To be honest, I was more worried about the leeches,” Tilghman said.