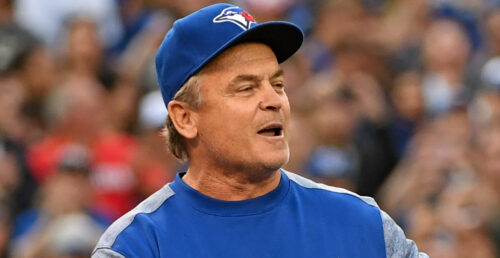 Now the beloved former Toronto Blue Jays manager is taking to the airwaves with a new podcast set to launch next week, and he’s turning up the heat. The Gibby Show.

The show will launch with former Blue Jays star Josh Donaldson as a guest.

See you Tuesday for episode 1! Submit your questions here and we might use it on the show. [email protected] pic.twitter.com/BIzFuwYSDH

“I will be home on Tuesday to launch my new podcast. I hope you will join us. We’ll have a special guest that day, the “rain bringer” Josh Donaldson…better yet, the pain bringer in my ass. Either way, I hope you enjoy it,” Gibbons said. in a video posted on Twitter.

The show, available on all major podcast platforms and also on YouTube, will be co-hosted by John Arezzi. It will feature all the latest baseball news with Blue Jays analysis and commentary, as well as weekly guest appearances from baseball stars.

The venture on Twitter and on the podcast platform is not the only recent decision for Gibbons, who already has more than 35,000 followers on social media.

He also has an upcoming book. Gibby: Tales of a Lifetime Baseball Player is expected next spring.

Suffice it to say, the former manager has been busy.

He was seventh in the American League Manager of the Year vote in 2005 and fourth in 2015, when he guided Toronto to a personal best 93-69 – a first-place finish in the AL East.