Black citizens tell of fear, distrust as complaints against deputies. the police are going nowhere 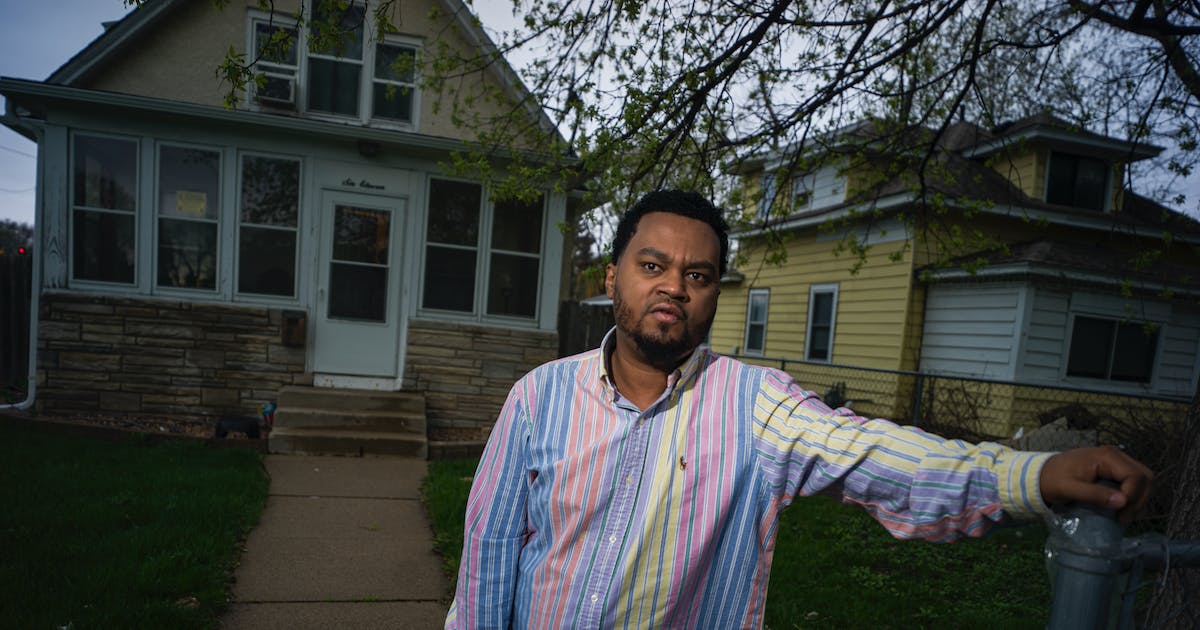 Blan Tadasa was watching a movie in his boxers one evening in November when he heard police at the door.

Officers said they were responding to a call of a domestic incident by his neighbor’s garage and saw footage of a crying woman fleeing what appeared to be Tadasa’s property. They asked if they could search his home. Tadassa refused. He had no criminal record and wondered if the cops had the correct address, noting that his mother and cousin, the only women who lived there, were missing.

Tadasa felt his heart race as an officer walked past him to search the house anyway. Alone in his north Minneapolis home, the 34-year-old black man feared he would be hurt or killed if he tried to stop them.

“Tadasa said we needed a warrant,” police wrote in a case report. “It was explained that due to extenuating circumstances, officers could search for the domestic assault victim.”

Police found no evidence of wrongdoing. After they left, Tadasa filed a complaint with the city’s Office of Police Conduct Review (OPCR), a panel of citizens and appointed police officers who review complaints.

“I thought I was [going to] die, I did everything to stay alive,” Tadasa wrote at the office. “…I can’t even be safe in my house from the cops in this town.”

On December 30, seven weeks later, he received a letter stating that the office had decided not to pursue his case.

Even though a global spotlight has been on the Minneapolis Police Department since the murder of George Floyd two years ago, the overwhelming majority of people who have filed complaints with the OPCR have not seen their cases lead to disciplinary action.

As Tadasa attempted to stop what he believed to be an unlawful search, the Minnesota Department of Human Rights (MDHR) concluded its own investigation which revealed that the MPD had engaged in a pattern of discrimination against black residents which included disproportionately higher search rates. and use of force. The human rights report published last month focused on the ten-year-old OPCR, concluding that it lacks independence from the police service and improperly investigates approximately 50% of police misconduct complaints.

Cases like Tadasa’s are common – the kind that, without filming or dramatic video, tends not to make headlines. But they provide a window into how seemingly mundane interactions between police and black residents are fueling mistrust and fear at a time when the MPD needs community relations more than ever to deal with the surge in violence in the city. town.

The city says the OPCR investigated 1,341 complaints filed in 2020 and 2021; 48 cases resulted in a disciplinary decision by the Chief of Police during this period. The office, hosted by the Civil Rights Department, investigates complaints, and a joint panel of two civilians and two sworn members of the police department gives a recommendation on the merits of the case. From there, only the chief of police has the authority to take disciplinary action.

The office has doubled its staff to nine full-time staff over the past year and is looking for a permanent director after the last one resigned in September.

Alberder Gillespie, director of the civil rights department, said Friday that it was a complex and detailed process and that she wanted the department to be more intentional in educating the public and reducing the time it takes to deal with complaints. .

“I understand if you’re a person who’s taken the time, and you feel like you’ve been hurt or hurt and you file a complaint and it goes to this dark place and you really don’t know what happened past … you feel like it wasn’t taken seriously,” Gillespie said.

“Our title is Office of Police Conduct Review, but we don’t have the power to discipline police officers… We also need to make sure the community understands what our role is.”

Minneapolis police officials did not respond to a request for comment.

Lamont Johnson said he was driving down Portland Avenue one night in February 2021 when a swarm of unmarked police cars locked him in and officers approached with guns drawn. “‘Oh man, I’m about to die for nothing,'” he remembers thinking. “I raised my hands as high as I could.”

He claimed officers ‘ripped up the car’, asked him if he had any firearms – Johnson, 45, was on probation for illegal possession of firearms – and said they heard talk about him threatening someone, which he denied. After finding nothing, he said, they told him they were going to search his residence and followed him to the apartment he shared with his girlfriend, Angela Marbles, in Richfield . Marbles, 53, was reluctant because officers did not have a search warrant.

“I authorized the search with all the fear there was with the George Floyd file,” she wrote in a complaint to the OPCR. “A little black woman with 4 officers at her door…[I] felt like I had no choice but to obey.”

Marbles said she told officers she had a license to carry a handgun and that she kept her 9mm in a locked safe at home, a safe for which Johnson had no not the suit (Johnson said he disclosed ownership of Marbles’ gun to his probation officer). She said one of the officers took his gun to check Johnson’s DNA but never returned it, even after contacting the police department about 16 times. Marbles said she even went to the Property and Evidence Unit, only to be told she wasn’t there. No one, she says, has given an explanation for what happened to her $800 gun.

A public information report on the incident confirms that the traffic stop with Johnson took place and that force was used, but it does not explain why he was stopped. It indicates that a case is active, although Johnson has never been ticketed or charged with anything. John Vinck, the officer who submitted the report and who Marbles said took his gun, left the force in April 2021.

A year after the agent’s departure, Marbles received a letter that read: “After considering the evidence you provided as well as all the evidence gathered during the intake phase, the OPCR has decided to not follow up on your complaint.”

The OPCR stops investigating a case after an officer leaves, which has posed a challenge as hundreds of cops have left the department since Floyd’s killing. The office says it will soon begin including this information when sending letters indicating that the OPCR will not pursue a complainant’s allegations.

“No one told me he was gone and that drives me crazy,” Marbles said when the Star Tribune informed her of the officer’s departure.

The SUV roared down the street, hitting a few parked vehicles and a fence.

Russell Arnold, 69, watched in horror outside his daughter’s home in southeast Minneapolis last November as the car drove across the yard directly to their living room window, near where his granddaughter girl was playing. Arnold claimed the vehicle came to a stop within 10 feet, then attempted to reverse, the tires screeching.

He thought it was obvious the driver was under the influence and rushed over, fearing he was trying to flee. When the police showed up, Arnold gave his witness statement and watched the towed vehicle while letting the white motorist drive off without a citation. He said he heard the passenger say that everyone at the game had been drinking.

Arnold said officers treated him, a black man, with hostility as if he was the problem.

He filed a complaint with the OPCR and the civil rights service; while the former can only investigate violations of police policies and procedures, the latter deals more broadly with discrimination. Arnold has not heard from the OPCR, but the Civil Rights Department dismissed his claims last month, saying it had reviewed body camera footage and found Arnold was not treated any differently. of anyone on the scene.

Officers claimed in a police report that the driver in question had no insurance papers, appeared dizzy and confused and had trouble standing at times. The man claimed he had been distracted by laughing at something on the radio, but ‘at no point did he mention he had been drinking’, and police never tested the driver for it. alcohol.

Arnold feared that the police had freed a man who could put others in danger. He wrote a rebuttal to the city, pointing out that deferential behavior shown to the offender and antagonistic behavior towards him was evidence of white privilege. Since when, he asked, “has an offender’s statement been given more credence than an eyewitness statement? Only in Minnesota.”

The Department of Human Rights found in its report that white citizens received fewer traffic tickets than black citizens in similar circumstances.

“I can tell you now that in the black community, it’s normal — they don’t even try to press charges against these police officers unless it’s something egregious,” Arnold said in an interview. “They have to kill you before any government agency or media even notices. But it’s still the same racism, and it still impacts everyone’s life.”

As for Tadasa, an Ethiopian refugee, he is always afraid every time he sees a cop passing in front of the house he owns. He wonders if the cops came to his house last November on the pretext of finding drugs, and was comforted to see the Department of Human Rights report validating his experience. But he never received a full explanation as to why his complaint went nowhere. The letter told him: “A proper investigation of this matter has taken place, but under section 13.43 of the Minnesota Data Practices Act, we are prohibited by law from providing you with details of this investigation. “