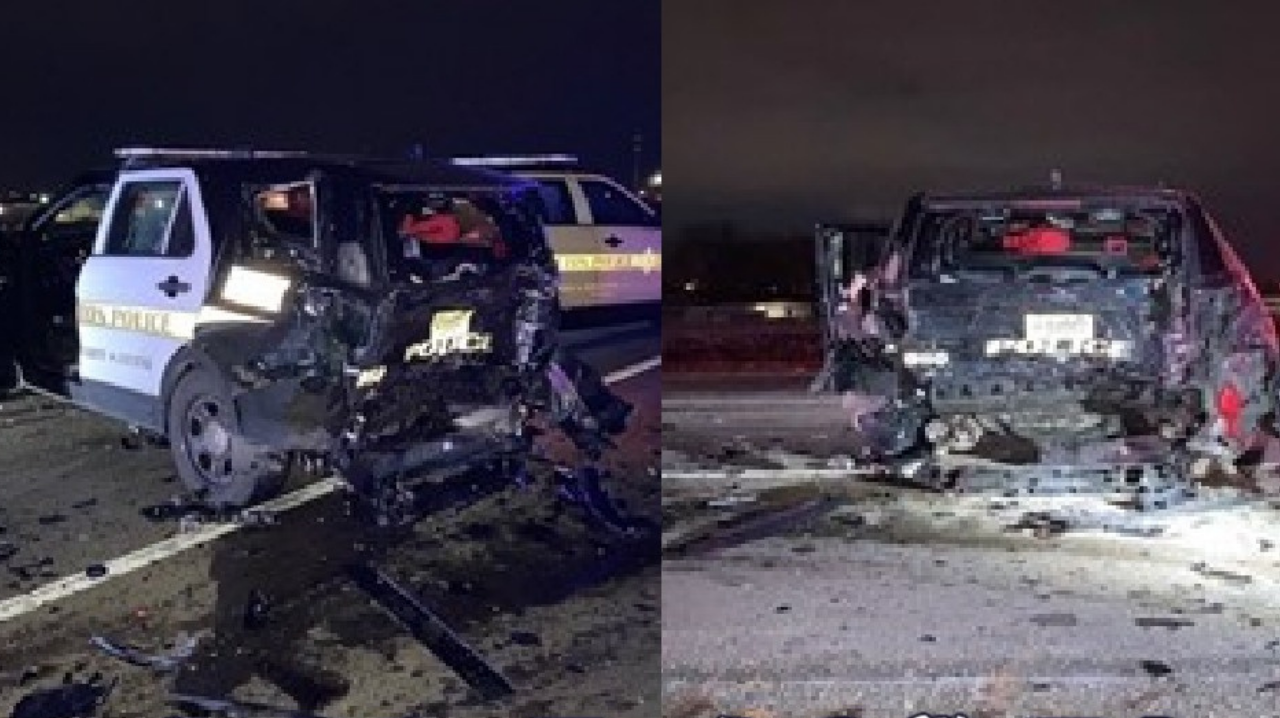 APPLETON, Wis. (WFRV) – In a final effort to warn Wisconsin drivers of the consequences impaired driving can bring before the start of New Year’s Eve celebrations, the Appleton Police Department shares two heartbreaking experiences that could put your mind to rest. bottle and car keys down.

According to the department, on December 19 and 20, police responded to two separate impaired driving accidents that occurred in the early hours of the morning.

On the morning of Dec. 19, Appleton police officers parked their patrol vehicles marked with emergency lights activated on the southbound 441 Freeway as they actively investigated an incident that had occurred in that area. .

Fortunately, there were no officers in either patrol vehicle, and the impaired driver was not injured.

From beer spills to ice shack snafus: A look back at 2021’s unique incidents on Wisconsin roads

On the morning of Dec. 20, Appleton police said they received a complaint of reckless driving of an SUV with a gas nozzle attached to the tank.

Shortly after the complaint was filed, officers said the SUV in question was involved in an accident with another vehicle while traveling eastbound on W. College Avenue at N. Lynndale Drive.

The driver of the other vehicle was reportedly slightly injured.

Authorities say the driver of the SUV, identified as a 30-year-old New London resident, was driving impaired and was later confined to Outagamie County Jail for Felony Bail Jumping and 2nd OWI offense causing injury.

“The National Highway Traffic Safety Administration reports that impaired driving costs more than $44 billion in deaths and injuries each year. As you make your plans for New Year’s Eve, do your part to keep our community safe and drive sober,” the Appleton Police Department wrote.