Dusty Baker finally wins the World Series as a manager 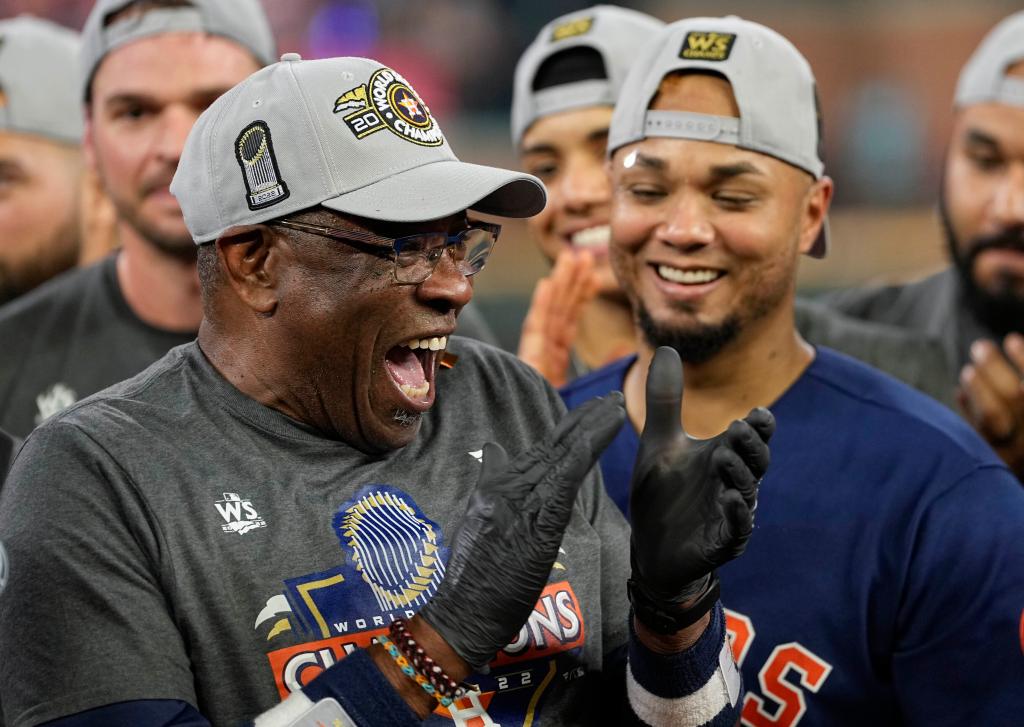 HOUSTON — The Astros manager stood on the stage where the World Series trophy was presented late Saturday night and channeled his inner Jimmy Johnson.

“How about those Astros!” said Dusty Baker.

After 25 major league seasons and two previous trips to the World Series, Baker is finally a world champion manager. With the Astros win 4-1 over Phillies in Game 6Baker, 73, became the oldest manager to lead a team to a World Series title.

Hired to stabilize the organization ahead of the 2020 season – following the team’s 2017 sign-stealing scheme that cost former manager AJ Hinch his job – Baker may now be the most popular man in the game. Texas.

” I thought of [winning the World Series] a lot,” Baker said. “I tried to have faith and perseverance and know that with the right team and the right staff, you knew this was going to happen.

“If this had happened years ago, I might not even be here. So maybe this wasn’t supposed to happen so that I can hopefully impact the lives of a few young men and their families and a number of people in the country by showing what perseverance and character can do for you in the long run.

The Astros captured the AL West title this season, winning 106 games, before starting the playoffs 7-0 with ALDS and ALCS sweeps of the Mariners and Yankees, respectively. The Phillies, however, took a 2-1 lead in the World Series, before the Astros closed it out with three straight wins.

Baker said the Astros were driven by the controversy surrounding the 2017 World Series title, amid sign theft and World Series losses to the Nationals and Braves in 2019 and 2021 respectively.

“I think that’s what drove this team,” Baker said. “That’s what motivated them. The boos and jeers we got all over the country, it bothered these guys, but it also motivated them at the same time. And it wasn’t an “us versus the world” story. It was more of a “get even closer” type thing. And what happened before, it never completely passes. But we have turned the page and hope that we will continue this race.