‘Failure to elect’ in Framingham: what’s next after the recount? 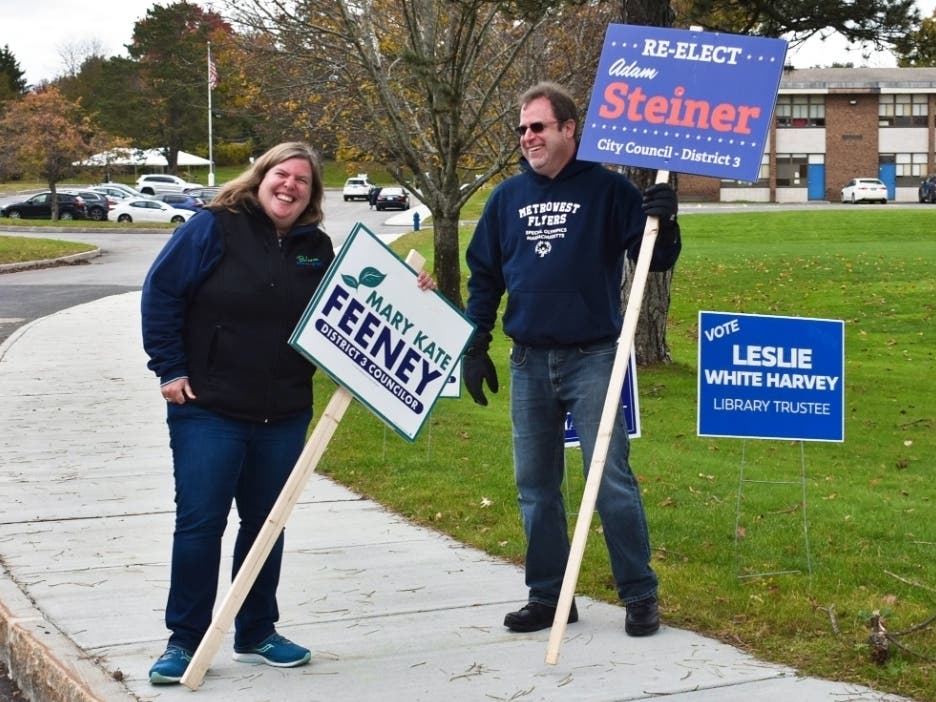 FRAMINGHAM, MA – A recount in the District 3 City Council race ended in a tie, securing the state for a new election in Framingham.

Under state law, a tie is considered a “failure to elect,” which usually means that a special election will be held. City clerk Lisa Ferguson referred to that phrase in a brief statement after the count – but a city spokesperson could not say what will follow.

“We are happy with the process. Everything went well and we appreciate everyone’s contribution,” said Ferguson. “Today’s recount for District 3 Councilor caused the election to fail. The November 2, 2021 election results are now official.”

Feeney sent a note to supporters on Tuesday outlining two possible post-tie scenarios: Steiner could challenge the results in court, or the two candidates could meet again in a run-off.

“From day one my campaign is about change. It is about building a Framingham that we are proud of for future generations,” said Feeney’s post. “Framingham’s traditional ways of operating no longer serve us as a community. We need a new generation of advisors who are ready to be innovative and take action to make our city a better community for everyone and stop kicking the road. “

A spokesperson for the Commonwealth Secretary said on Tuesday that there was a possibility that the city’s charter provision on vacancies would apply. Under the charter, the candidate who obtains the next highest number of votes fills any vacancy in a seat on the district council. Otherwise, as in the case of a deadlocked recount, the municipal council occupies the seat.

“Whenever a vacancy arises … in that of district councilor and there is no candidate available to fill the vacancy as planned … the vacancy is filled by the vote of the remaining members.” advice. Notice of said councilor the vacancy must be posted for at least twenty-one (21) days before the meeting at which the council is to fill such vacancy ”, states the charter.

On election night, Feeney indicated she would request a recount and officially requested one on November 9.

Framingham’s last count took place in 2017 when a group of citizens challenged the results of a poll to turn town into town. Feeney was involved in that recount as a member of Framingham First, the group on the other side of the recount. His camp won and got four votes after the recount.