Five Scenarios We Want To Explore When Selling Sunset Season 5 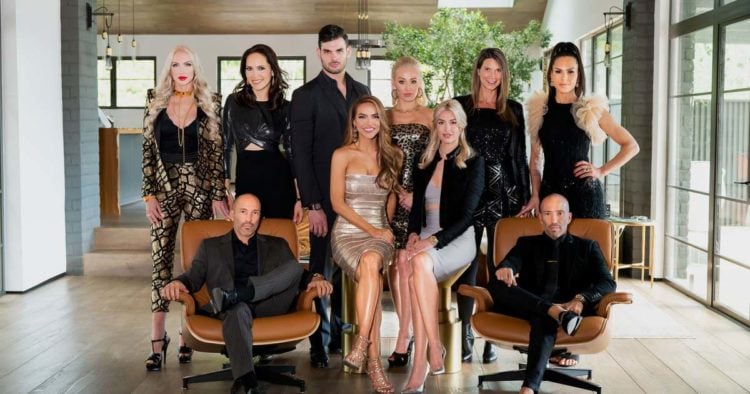 The hit reality show, sell sunset, has been serving us some serious real estate eye candy since 2019, and nothing is stopping anytime soon. The controversial series follows the personal and professional lives of the team behind high-end brokerage, The Oppenheim Group, specializing in luxury real estate in Los Angeles and Orange County. The series has garnered a solid following over the past four seasons, and we expect even bigger and better things to happen in Season 5. The traps have been laid, and all we have to do is to wait for the hook, line and sinker. . The stakes are high, and so are our expectations. Here are five storylines we want to see explored in Selling Sunset Season 5:

5. Chrishell and Jason are happily ever after

The major bombshell that was teased in the Season 4 finale was the brewing romance of Oppenheim Group co-founder Jason Oppenheim and one of the brokerage’s agents, Chrishell Stause. The two have been colleagues for years, so it was surprising to see their relationship turn from professional to romantic. Chrishell has also had her fair share of heartache over her failed relationship with ex-husband and This is Us star Justin Hartley, so it would be interesting to see how she navigates her first relationship since divorce. The unlikely union announcement might also have raised a few eyebrows, and frankly, we’re in for the extra drama.

Brave and shameless brokerage agent Christine Quinn crossed the line and got on the wrong side of the majority of her co-workers in Season 4. The Girls Who Used to Step On eggs while she was there now teamed up and started to fight. back. In the upcoming season, we hope to see Christine taste a dose of her own medicine. Her sleazy and deceitful ways were ultimately working against her, it would be a challenge to see her come out of the hole she buried herself in. Love her or hate her, but Christine is still one of the show’s best sources of drama.

3. The strained relationship between Mary and Christine

During the first season of the series, we witnessed the close bond between Christine and her co-broker, Mary Fitzgerald. The two ladies were simply inseparable inside and outside of work until Chrishell joined the brokerage. Seeing Mary grow closer to Chrishell didn’t sit well with Christine, who seemed to dislike the new girl from the start. Their relationship became even more strained after Christine dated her husband, Christian Richard, a retired tech entrepreneur. It’s never easy to witness a falling out, especially when it’s with two people who used to bond like sisters. Whether they admit it or not, Mary and Christine were extremely hurt by what happened between them and still wish the best for each other. We hope this new season allows the two to further explore their broken relationship and assess if it’s still worth fixing.

2. The Journey of the New Neighborhood Kids

We were introduced to two new additions to the brokerage, Emma Hernan and Vanessa Villela. It’s been a while since the company welcomed new members, and it was refreshing to see some new faces. It also sparked major drama, as Christine accused Emma of being a third party in a past relationship. It turns out the real estate world is smaller than we imagined. We hope that Emma and Vanessa will also get the same airtime as the other brokerage girls in season five. The two seem like interesting people, which definitely adds more flair to the already controversial storyline. It would also be a chance to get to know them better and see how their presence can either unite the girls or drive them even further apart.

1. The future of the Oppenheim Group

We have learned to be the source of the Oppenheim Group’s success over the years. Its co-founders, twin brothers, Jason and Brett, were pioneers who dominated the luxury real estate market in Los Angeles. We learned last season that Brett was leaving the company to start his own brokerage. It came as a huge surprise, as the dynamic duo were literally and figuratively two peas in a pod. Blood is thicker than water, and we hope the two brothers will stick together despite pursuing different directions in their respective careers. The announcement of the brokerage’s expansion to cover the Orange County market also opens up many opportunities for their brand to grow in California. The real estate industry is changing and we can’t wait to see what new tricks Jason and Brett have on hand.