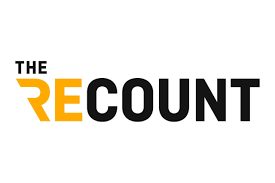 A source confirms Ryan Kadro has left his post as chief content officer of digital video news outlet The Recount.

The founders of the company, John Heilemann and John Battelle, wanted Kadro to commit to staying for the long haul as he embarks on a corporate restructuring. Apparently it wasn’t in the cards.

Kadro joined The Recount in October 2021, overseeing the news startup’s day-to-day editorial strategy and programming. He previously served as executive producer of CBS This Morning from April 2016 to January 4, 2019. Could Kadro return to CBS News, or has that ship sailed? The network is currently on the hunt for a new Evening News executive producer now that Al Ortiz is retiring this summer. Kadro’s former colleague at CBS Chris Licht now runs CNN, so maybe Kadro will find a place there.

According to Fischer, The Recount is making these cuts as it tries to focus more on low-budget streaming efforts and bolster its management team as it seeks to raise more money. The brand reportedly raised $18 million in a Series B funding round led by Foundry Group last year. It raised a Series A funding round of $13 million in 2020.

The Recount, which launched in 2019, premieres at IAB NewFronts 2022 in three days. The NewFronts is an annual event hosted by the Interactive Advertising Bureau where digital content brands have the opportunity to pitch their business plans to the ad buying community. It will be interesting to hear what the brand has to say on Thursday amidst these changes.