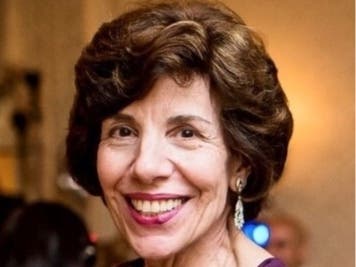 May Grammatikos, a Mahwah resident for 30 years and a graduate of Fort Lee High School, died peacefully at home Sept. 30 after a long battle with cancer, her obituary said.

Born in New York in 1941, Grammatikos is survived by her husband Dimitrios, her two sons, five grandchildren and six great-grandchildren, whom she “adored beyond measure”, according to her obituary. She was proud of her Greek background, her Greek Orthodox religion and the role Greece has played in human history.

“A truly selfless person at heart and a woman of deep Christian faith,” May has always offered her services to the church, according to her obituary.

“It was with great personal pride and joy when she was recognized earlier this year by the church and presented with a plaque from the Greek Orthodox Metropolis of New Jersey, which states, ‘Your selfless acts of charity and of compassion towards the least of us are truly a living and concrete expression of your genuine faith and love for our Lord Jesus Christ and should be emulated by all,’ the obituary added.

His work ethic, personality and disposition have earned him the admiration and respect of his colleagues and supervisors, the obituary continues. She will also be sadly missed by her family, friends and all who knew her.