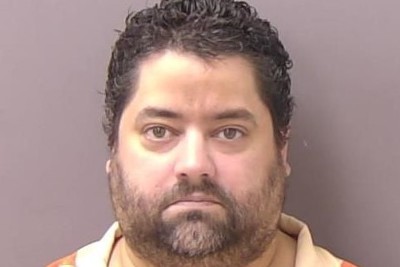 A Winchester man is in custody in connection with the Harrisonburg-Rockingham Community Services Board’s nearly $ 1 million embezzlement.

Andrew Hahn, 36, was employed as Director of Information Technology at HRCSB. Management was alerted by other employees to minor discrepancies and missing equipment, which triggered an internal investigation and an external financial audit.

Hahn was fired after the investigation began, which was opened in October, according to Harrisonburg police.

As an IT manager, Hahn controlled and oversaw requests for proposals for IT requirements.

Hahn is accused of setting up a shell company, submitting a request for proposals and winning the contract through the shell company.

The activity would have taken place between 2019 and 2021, according to police.

Investigators say Hahn used the shell company to significantly bill for the products it supplied and for products that were never delivered to the HRCSB.

Much of the embezzled funds apparently went to support his lavish lifestyle as well as his personal financial investments.

Hahn, investigators said, used his position to his advantage and went to great lengths to conceal his actions from the HRCSB. The investigation found that the employer followed common and standard business practices, including internal and external audits, but Hahn found a way around those safeguards.

The HRCSB fully cooperated with HPD’s investigation and added additional controls to prevent similar actions in the future.

Hahn was arrested without incident and charged with money laundering and five counts of embezzlement. Since his arrest in Winchester, Hahn has been transferred to Rockingham-Harrisonburg Regional Prison, where he is being held without bail.

This investigation is ongoing and additional charges are being considered. If you have any additional information to aid the investigation, call Detective Matthias at 540-437-2669 or email him at [email protected]