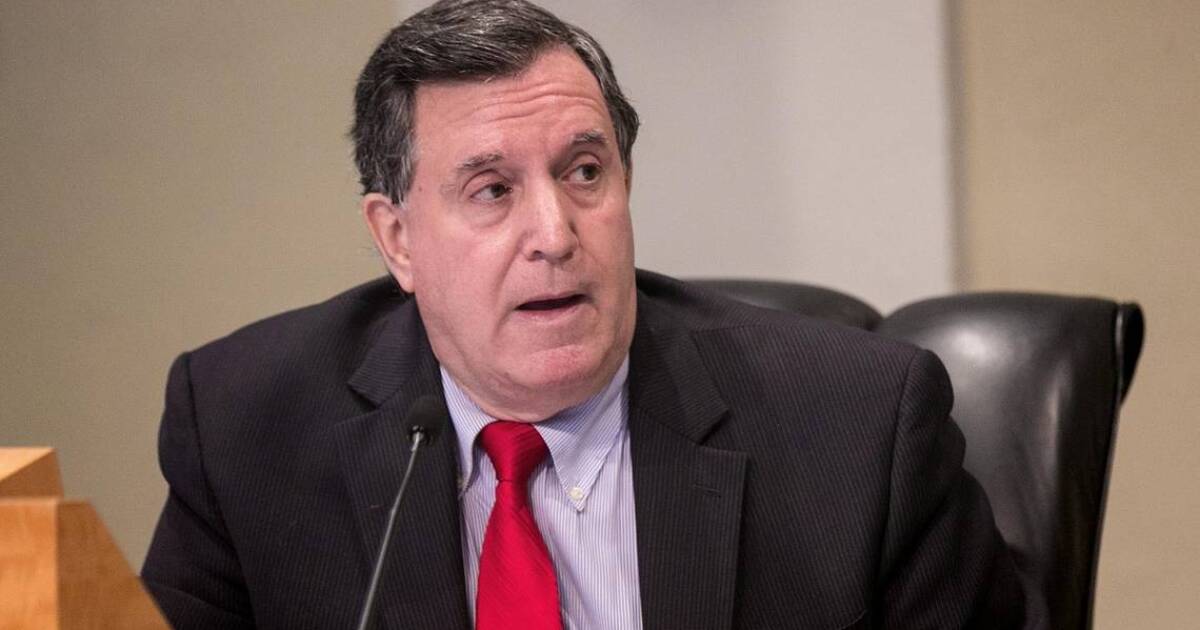 The new transcript was released as part of an ongoing lawsuit in federal courts, alleging the City of Miami “engaged in a deliberate policy” of harassing and closing down a group of bars and restaurants in Little Havana. with whom Carollo had a political quarrel. . Another similar lawsuit is also before federal courts.

Lawyers for the city of Miami have sought to keep the sworn testimony of former city manager Emilio Gonzalez confidential. In an order issued this week, U.S. District Court Judge Lissette Reid ruled the testimony could not be kept secret.

Little Havana businesses are owned by William Fuller, Ben Bush, Zack Bush and Martin Pinilla. The alleged targeting and resulting business closures resulted in the companies losing $27.91 million in profits, according to the lawsuits.

“It was very obvious that Messrs. Fuller and Pinilla were being targeted by Commissioner Carollo,” Gonzalez said. “[Carollo] didn’t hide the fact that whatever they were doing was wrong. There once, in the beginning when I started as city manager, [he] took me on a midnight tour… of eighth street pointing out businesses that he thought had no business on eighth street, and it kind of escalated and escalated.

“I would call it targeting,” Gonzalez said.

Gonzalez served as City Manager of Miami from 2018 to 2020, a position that is essentially the driver’s seat of city government.

The interview and sworn deposition were recorded in February 2021 and June 2022.

Gonzalez said his administration’s relationship with Carollo and city attorney Victoria Mendez soured when he began to obstruct concerted efforts to target the companies.

In an exchange, Gonzalez recalled that city attorney Mendez participated in efforts to allegedly target the companies for violations.

“There were cases that I remember where [Mendez] gave us a list of properties to search, and we went back to her and told her these are all Fuller properties, and then she came back the next day or a few days later with more properties and said, ‘here , I threw in some non-fuller properties so it wouldn’t feel like we were piling up,” Gonzalez said.

Gonzalez wrote a note to record what he described as the “highly inappropriate” conversation with the city attorney. The document was given to Gonzalez during the deposition, but the city claims it cannot locate the file among official documents, Judge Reid wrote. Four other memos documenting similar encounters were written by Gonzalez, she added.

Calls to the City of Miami administration, Commissioner Joe Carollo’s office and the office of Miami City Attorney Victoria Mendez for this story were not returned.

Allegedly harassed properties in Little Havana have been frequently targeted by enforcing the code after Ball & Chain owner Bill Fuller hosted a campaign event in 2017 for Alfie Leon, a City Commission candidate who ran against Carollo. The popular salsa club on Calle Ocho was shut down entirely by the city in November 2020 for alleged code violations, along with a slew of other businesses reflected in ongoing litigation.

Judge Reid likened the city attorney’s role in the allegations to “that of a company’s in-house counsel” whose only role is to protect the company.

It is for this reason that the city attorney’s office tried to block the publication of the testimony. The city attorney argued that the city alone could legally represent Gonzalez during the interview and deposition, and since Gonzalez relied on the advice of a personal attorney, the contents must be kept confidential.

Reid ruled that the interests of Gonzalez and the city attorney’s office were “not aligned” and that the testimony could not remain hidden from the public.

“It can be said that the instructions of the city attorney [to Gonzalez] could be construed as business or political advice and not legal advice regarding anticipated litigation,” Reid wrote.

The city attorney’s office offered to represent Gonzalez for his interviews, but he testified, “I told them I had my own representation.”

JC Planas, lawyer with a blocked effort to remember Incumbent Commissioner Carollo said he was “shocked” by the sworn testimony, particularly what it reveals about City Attorney Mendez’s alleged role.

“It puts in black and white what I already suspected,” Planas said. “It’s a pattern we’ve seen repeatedly by the city attorney since Carollo’s election.”

“I would be shocked if Vicky Mendez wasn’t part of any ongoing investigation against sitting commissioners. She may not be a target, but I’m sure her conduct has come up,” Planas said.

The allegations unearthed in Gonzalez’s testimony closely mirror allegations of endemic corruption and targeted enforcement of the code in the city made by former police chief Art Acevedo, who likened the city to being run by “the Cuban Mafia”. These comments led Acevedo, a Cuban native, to be fired last year after being subject to two full days of public hearings in which his entire law enforcement history dating back to the 1980s in the California Highway Patrol was dragged through the mud.

On leaving, Acevedo wrote a note asking the FBI to investigate the internal machinations of the Miami city government.

Carollo has publicly and in court categorically denied engaging in unscrupulous behavior.

A separate federal lawsuit filed by the owners of Ball & Chain seeks to hold Carollo personally liable for the financial damages. Carollo and the city attorney’s office spent more than $400,000 in legal fees arguing that the commissioner should be granted legal immunity since the alleged illegal behavior related to his official role as an elected official.

The lower courts found that the alleged conduct would fall well outside the scope of his official role as commissioner and that he could be held personally liable for his actions, if proven in court.

The legal battle went as far as the United States Supreme Court this year, where the judges upheld the lower court’s decision in place.

A federal trial for this case is scheduled for April 2023.

On Thursday this week, the Miami City Commission approved a $120,000 settlement to Steven Miro, a former top aide to Carollo who said in court that he witnessed Carollo “engaging in a crime” while on staff. He alleged Carollo used city funds to buy food and supplies for a political fundraiser for Commissioner Alex Diaz De La Portilla, while Portilla first ran for office in 2018 .

Miro was fired shortly after Carollo learned he had spoken to investigators about the incident. The $120,000 settlement to Miro was approved by the Miami commission based on a wrongful termination lawsuit Miro filed against the city. The city admitted no wrongdoing in the settlement, and Carollo recused himself from the vote to approve the settlement.

In 2020, when Gonzalez made the decision to step down as Miami City Manager, he publicly stated that the city’s government had become unsustainable, marred by animosity and personal vendettas that made their way into business. city ​​officials.

“Our city commission meetings have turned into a circus,” Gonzalez wrote in his resignation letter. “Personal discussions have given way to the politics of personal destruction.”