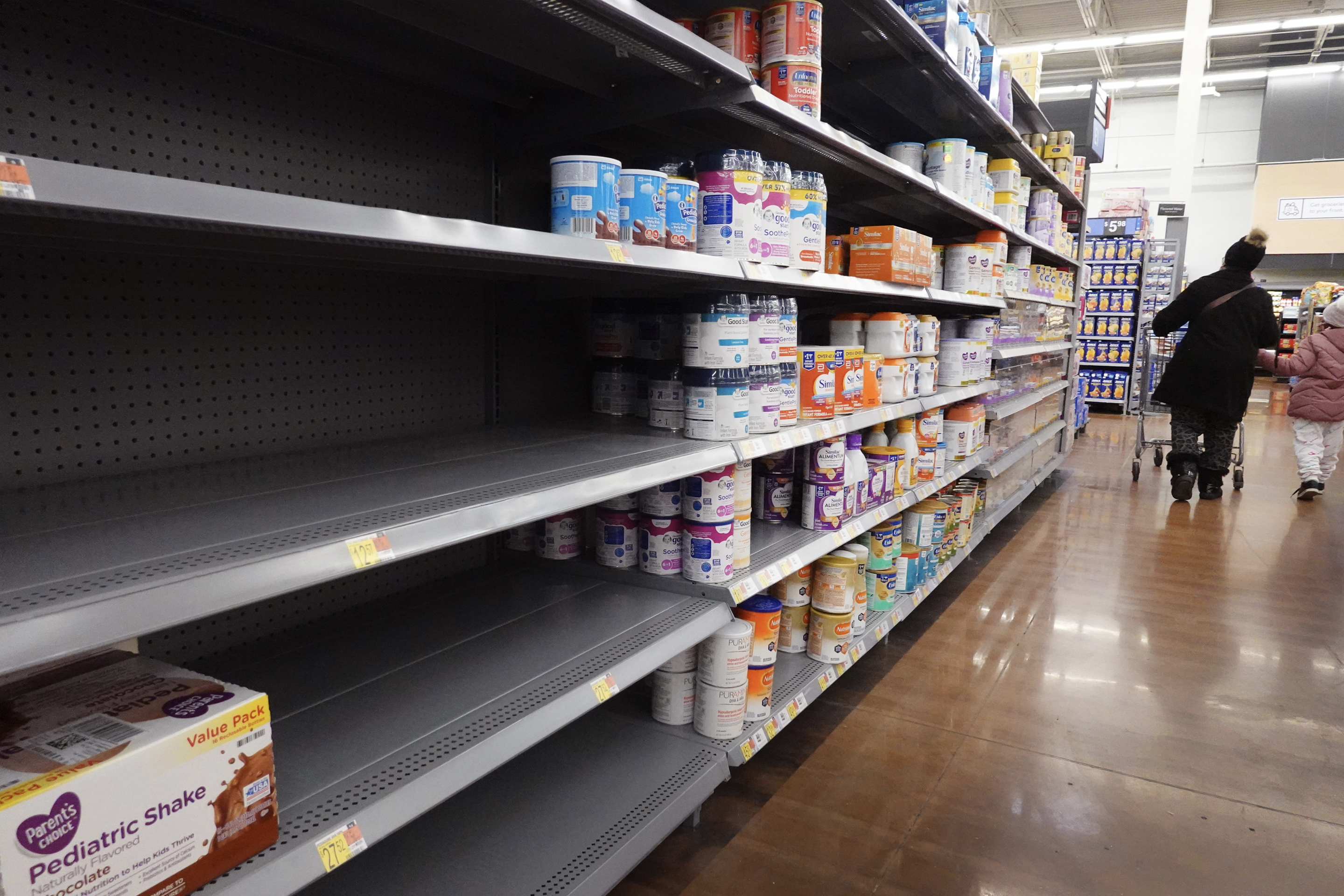 As of April 3, 31% of the most popular infant formulas were out of stock, according to data from product research firm Datasembly, which analyzed some 11,000 stores in the United States.

The numbers were worse in a handful of states. Datasembly revealed that Connecticut, Delaware, Montana, New Jersey, Rhode Island, Texas and Washington were all facing severe shortages in early April, leaving more than 40% of the formula out of stock. In three cities — Des Moines, Minneapolis and San Antonio — infant formula stock-out rates exceeded 50%.

Why is there a shortage of infant formula?

The shortage follows a recall in February of certain Similac, Alimentum and EleCare powder formulas produced by Abbott Nutrition after four consumer complaints about possible bacterial contamination. The recall was voluntary; Abbott said none of the products it distributed tested positive for the bacteria in the complaints.

Ongoing supply chain issues are making it harder for producers to replace recalled products, contributing to shortages across the country.

The recalled formula is no longer on store shelves, but if you think you’ve purchased it before, you can check the product’s lot number on Abbott’s website. For more information, see the Centers for Disease Control and Prevention’s webpage on Abbott formula products affected by the recalls.

Datasembly found that formula prices have remained relatively stable despite growing shortages. The average price of all the infant formulas he tracks in January was $24.37, and at that time only 3.3% of products were out of stock. In March, when the frequency of out-of-stock shows spiked to nearly 30%, the average price rose slightly to $26.21.

That’s not to say rising prices don’t impact parents and caregivers. A record inflation rate – recently pegged at 8.5% on an annual basis – means the money just isn’t stretching as far as last year. The latest data from the Bureau of Labor Statistics shows the price of baby food jumped almost 11% between March 2021 and March 2022.

Infant formula is an essential product for millions of families. According to CDC data, only 25.6% of babies born in 2017 in the United States were exclusively breastfed until they were six months old.

You never know when you might run out of money – the good news is you have options.

A personal loan can help you mitigate losses and get you back on track. Click here to explore your options!

Citing the Infant Nutrition Council of America, CBS News reported this week that manufacturers are ramping up production to address formula shortages. The council advised parents to keep a 10-day to two-week supply of formula milk available at home. He warned against extra storage and recommended that parents only buy formula from reputable retailers or directly from the manufacturer, according to CBS News.

“Our hope is that as production ramps up later this spring, it should be easier for families across the country,” USA today reported Brian Dittmeier, senior director of public policy for the National WIC Association, said on Instagram Live.

In the meantime, some retailers are rolling out formula rations.

Walmart confirmed to Money that it is restricting formula purchases to five per customer, per child, per day in most stores and online in accordance with a request from the US Food and Drug Administration.

The American Academy of Pediatrics warns against diluting formula to save money and make it last longer. If you can’t find your baby’s regular formula, the CDC advises you to contact your baby’s health care provider for recommendations.

Still learning the basics of personal finance? Let us teach you the key financial lessons you MUST know. Get helpful tips, expert advice, and cute animals delivered to your inbox every week.

You will now receive the Money’s Dollar Scholar newsletter at

Respond anytime to let us know how we can improve. Enjoy!

Make sure we land in your inbox, not your spam folder. We just sent you a welcome email. Sometimes email clients send our first email to spam or promotions folder. If you don’t see us in your inbox, check these folders, then drag and drop the welcome email into your inbox.

Gas prices finally fall below $4 in most states