From selling vegetables to the Asian Games spot 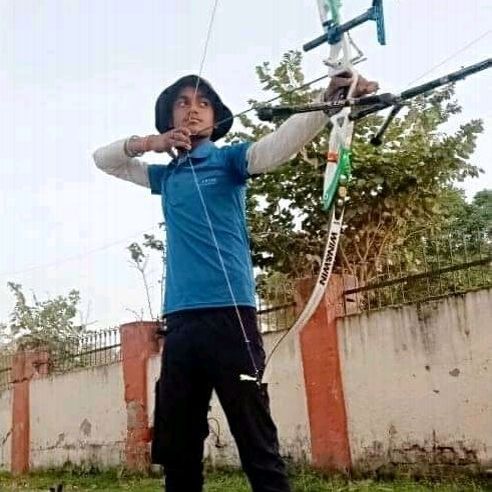 Two years ago, Akshaylal Chauhan had to cut off the milk supply to his house. For a parent from a small town in northern India with two young national level athletes, this is an unthinkable act. The pandemic was raging and Akshaylal had lost his three-decade job as a cook at the Kailash Prakash stadium in Meerut. His sons Neeraj and Sunil – archer and boxer respectively, gave up training and started helping him sell vegetables on a push cart. The family’s hardships were not in vain. Neeraj, 19, will compete in the Asian Games in six months.

Neeraj finished in the top three at the Asian Games Selection Trials in Sonepat last weekend. He is part of the national team and will make his World Cup debut in April, followed by two more of them and the Hangzhou Games in September. This, to fear for a good part during confinement, that he may have to let go of archery.

“I spent the whole confinement selling vegetables with my father and my brother,” explains Neeraj. “We’d be out all day with the cart. Whenever I had a bit of time, I practiced at home with an indoor target. But I wasn’t sure if I could go back to competitions. It seemed to be a luxury to even think of sports when my family struggled to afford two meals a day. Dhanush door hota raha (The arc continued to recede).”

Videos of him and his brother in their jerseys racing the cart around the roads all day with their father were shown on local news channels and later on YouTube. Archery Association of India President Arjun Munda sought help from then Minister of Sports Kiren Rijiju. A year and a half ago, the two brothers were offered aid of INR 5 lakh each under the National Welfare Scheme Pandit Deendayal Upadhyay of the Ministry of Youth and Sports. This brought immediate relief to the family and Neeraj his first real salvation.

With his father working at the stadium, the sport was a natural choice for Neeraj. He took up the bow when he was nine, and his father occasionally took on extra jobs, cooking at weddings and functions to support his wife and three sons. “It’s an expensive sport. Even bamboo bows cost INR 4000. It was hard for us to afford. After I started winning medals at junior level, my dad didn’t want me to give up. He was willing to work any number of hours for it,” Neeraj says.

Last year, after turning 18, Neeraj got a job as a police officer with the Indo-Tibetan Border Police. He has been training for ten months now at the SAI National Center of Excellence in Sonepat. He’s getting used to aspects he previously didn’t know were part of the life of an elite athlete, like sports science and mental training. Bamboo bows being his world, he now rivals a heart rate monitor strapped to his chest. With a hint of boastfulness, his coach Jitendra Chauhan offers that Neeraj generally keeps a steady pace, hovering in the mid-90s even in tough match situations. He also learns to express his doubts and fears during group sessions with sports psychologists. “He’s a fearless boy, usme ek bhookh hai (he is hungry) to perform for his family, for himself,” says Jitendra.

In March this year, AAI and SAI organized the trip of 24 Indian junior archers to the World Archery Excellence Center in Lausanne for a fortnight’s training. Neeraj was part of this group. “For the first time, these kids shot 70m indoors,” said AAI High Performance Director Sanjeeva Singh. “Neeraj achieved his personal best score of 340. We did a video analysis and the focus was on refining the technique. We worked on the bow hand, hook, release and timing of Neeraj. With a deeper hook, better first draw and stronger hand arc, his release and finishing improved. The idea was to train this group to shoot fast. It’s not something the most archers do naturally, but you need it the most in windy conditions. Neeraj’s strength is that he has a quick grip and is ready to learn. I see him making it to the Olympics in two years.”

Earlier this month, Neeraj won silver at the national championships in Jammu, he then faced senior names he grew up hearing about and watching at the Olympics – Taundeep Rai, Jayanta Talukdar, Pravin Jadhav and Atanu Das, during the Asian Games trials last weekend. He was tense as to how he would cope. He didn’t know he would make the team in front of two Olympians. “My coach was standing behind me and he could feel I was really nervous. He just said whatever pressure I feel, the seniors probably feel it many times more. After that I didn’t think about nothing else. I just kept my eyes on the innermost yellow circle and fired.”

Neeraj has the order of preference on his wishlist in a ready calculation. One, every sportsman’s dream, the other involves a famous American archer and three-time Olympic medalist. “Olympic Games khelna hai, Brady Ellison se milna hai“(I want to go to the Olympics and meet Brady Ellison).