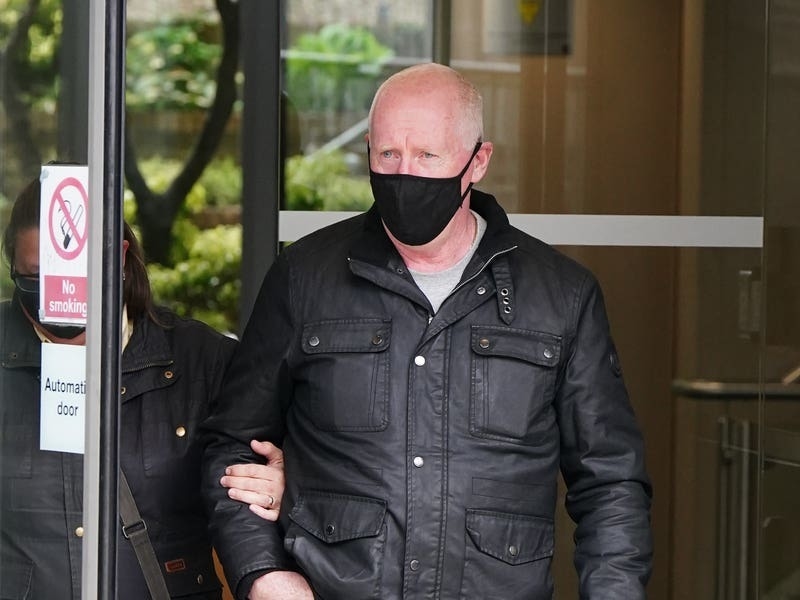 Drivers spoke of when they encountered a man who appeared to be carrying a knife the day Sheku Bayoh died.

Harry Kolberg was driving in the Hayfield area of ​​Kirkcaldy with his son, Robson, the morning Mr Bayoh was pronounced dead after being restrained by officers on May 3, 2015.

An inquest investigating the 31-year-old’s death heard around 7am that day, Mr Kolberg and his son saw a man who appeared to be holding a knife walking directly towards them in Templehall Avenue from the town before chasing their car.

Footage captured on Mr Kolberg’s dash cam released during the inquest showed the man walking towards his car.

Mr Kolberg said the man had a “clenched fist” and approached his vehicle “at arm’s length”.

“I took a quick look in the mirror and he was chasing the car.”

Mr Kolberg continued: ‘Because he was chasing, I turned towards Henry Road, went up the road, saw in the mirror that he was actually running on the other side of Henry Road, towards the industrial zone of Hayfield.

“My first initial thought was he was like, ‘Oh, he’s calling the police and I better disappear’.”

The inquest released a recording of a 999 call Mr. Kolberg made after spotting the man.

He told police: ‘As I passed him he hit my car.

“It looked like he was carrying a knife and he started chasing the car.”

When an officer asked him for a description of the man, he replied: “African descent, quite muscular build.”

David Grey, 62, was also at the scene the day Mr Bayoh was detained by police and called to give evidence.

The witness said that at that time, another driver, going in the opposite direction, said to him: “There is a man up there with a knife, turn around.

Asked by investigation manager Angela Grahame QC to describe the man he saw, the witness said: ‘He was tall, over 6ft tall, wearing a white top and dark colored trousers.

“His eyes were very, very wide open and as he walked towards me, it looked more like a walk, like he was planning to go somewhere, on some mission type thing.

“He was also walking with his palms open, and in his left hand I saw what appeared to be a blade, a knife blade.”

Mr Gray continued: ‘When I see someone like that, the first thing I think of is that it was the drink or the drugs that made their eyes so dilated and so wide open, and a look staring straight ahead.

“That’s what I thought.

“He was very determined in his walk.

“The way he walked and walked down the road, it was like he was going to do something, get revenge, I don’t know, on someone down the road.”

The inquiry, before Lord Bracadale, continues.