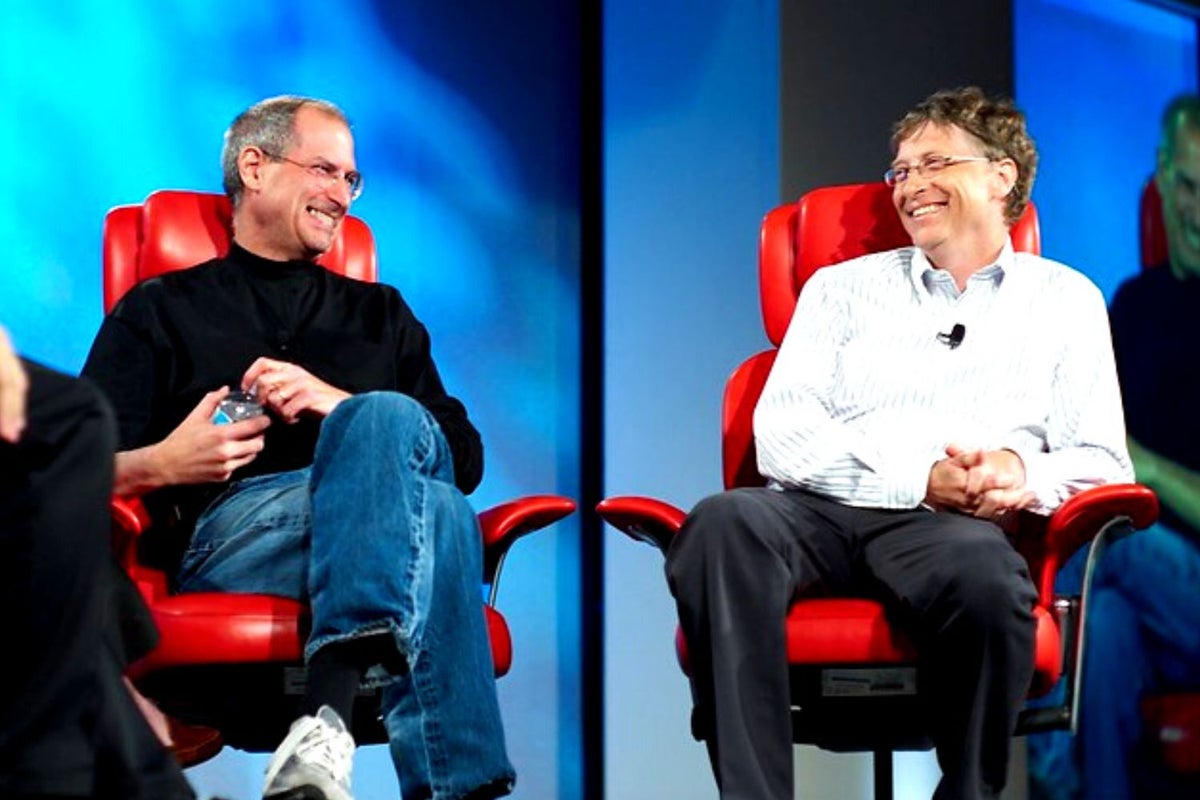 While in many ways Steve Jobs and Bill Gates separately led the paradigm-shifting personal computer boom, the pair also had a personal relationship.

Their paths crossed directly on August 6, 1997 when Gates’ Microsoft Corporation MSFT invested $150 million in Apple Inc. AAPLin exchange for shares in the company, which was on the verge of bankruptcy.

The two were well known for publicly ridiculing and berating each other, and they even had a series of legal disputes along the way.

At the height of the browser war with Netscape, Microsoft promoted Internet Explorer, prompting an antitrust lawsuit by the Justice Department. The Gates-led company was also embroiled in an ongoing legal dispute with Apple over allegations that Microsoft stole the macOS look for Windows.

Amid the legal wrangling, there were points of agreement, including Jobs’ promise to make Internet Explorer the default browser and include it in future versions of Mac software. Gates, meanwhile, has promised not to sell Microsoft’s non-voting Apple shares for three years.

Microsoft received 150,000 preferred shares in exchange for its $150 million investment. These shares could be converted into common shares of Apple at a price of $8.25 and were redeemable after three years.

Microsoft converted all of its stock to common stock in 2001, giving the Gates-led company about 18.1 million shares of Apple.

What if Microsoft kept its Apple shares? How much would they be worth today?

The first split would have given the company 36.2 million shares.

Apple stock is currently trading at $157.56 – if Microsoft held its position until today, it would be worth $159.74 billion.

Gates’ relationship with Apple isn’t over, here’s how the billionaire remains exposed to the title.

The Trust owns approximately 35 million shares in Berkshire Hathaway — or 2.69% of the company’s total.

While 2.69% of the nearly $144 billion in Apple shares held by Berkshire Hathaway are owned by the Gates Trust, the pair still owns $3.87 billion worth of Apple shares.