How to spot insurance mis-selling fraud 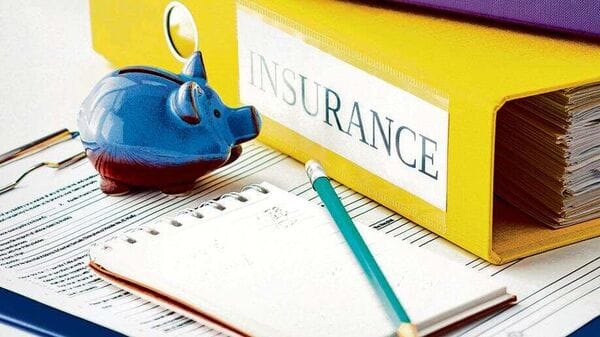 In 2017, Swapan Kumar Burman, a resident of Tamluk in West Bengal, received a phone call from an insurance agent. The message was simple: he was entitled to a premium that had accumulated on his life insurance policy. Burman’s 2014 policy had lapsed after failing to pay some premiums, but the agent said he could claim the premium on payment of a lump sum to revive the policy. And Burman did as he was asked. But that was only the beginning of his problems.

Burman says, “The agent told me to pay a lump sum to receive the bonus. I did it. After a while he asked me to pay more, saying I had to buy a new insurance policy to get the bonus.”

Burman soon found himself in a catch-22 situation – shelling out more funds in pursuit of the money he had paid thus far. “They tricked me into buying several insurance policies, until I realized that I had accumulated 64 new policies from nine insurers. These included policies registered in my name as well as to those of my wife and my son, as well as 12 others subscribed in the name of my colleagues. ₹42 lakh on new policies over a four-year period,” Burman says.

When Burman realized he was the victim of an elaborate fraud, he contacted Nitin Balchandani of Insurance Angels, who helped him escalate the matter to insurers and the insurance ombudsman. Two insurers have since settled the payment in full. Others merged their multiple policies into one policy, but said they could only repay the full amount after five years. Some cases are still pending. Burman recovered ₹22 lakh so far.

Parul Jain (36), an IT professional working for IT company TCS in Hyderabad, faced a similar situation after receiving a phone call regarding her insurance policy. The caller told him about the privileged benefit of ₹6 lakh to be a long term customer. “They told me that they wanted the client to receive the benefit, not the agent, but that I had to purchase a new policy to be listed directly in their database. The new policy so issued was from a different insurer. I was smart enough to ask them why there was this need for a new policy, but I was naive to believe that the two insurers were involved in a merger. They convinced me,” says Jain She paid more ₹3.5 lakh for four policies in one year.

Jain escalated the case to the insurance company and the ombudsman with the help of Insurance Samadhan, a grievance platform. The insurance ombudsman awarded an award in favor of Jain. She hopes to get her money back soon.

“Of the 80% of complaints we received about mis-selling in 2021, 20% relate to expired policies. This year, the ratio is 60:40,” says Shailesh Kumar, co-founder and head of insurance at Insurance Samadhan The company has received more than 730 complaints of fraud related to expired policies in the last nine months Balchandani of Insurance Angels says he has received more than 20 cases in the last four months.

Fraudsters seem to have access to all policyholder details, be it address, phone numbers, etc. Blame it on data leaks, which is becoming a major concern.

“We do not know the source of the data, but the callers know the contact details of the insured. Therefore, these callers are able to gain their trust and mis-sell their policies,” Kumar explains.

Some agents find insiders in insurance companies who help them commit such fraud. “The data leak could occur with the deliberate consent of senior management or with the connivance of employees in the insurer’s renewals and lapses department,” Balchandani says.

When Parul Jain complained to his insurance company, the fraudster got wind of it. “She tried to persuade me to withdraw the complaint, which I obviously didn’t.”

Often, injured policyholders receive no help from the insurance company. The latter blame the policyholder for any fraud until the injured party takes the complaint to the next level. Although customers may be at fault, this does not absolve insurers of their ineffectiveness in detecting fraud. “Burman’s income was ₹11 lakh when he was sold policies that were worth more than he was entitled to at the time. It is logical to wonder why an insurer issued him several policies when he already had his data in his database? », explains Balchandani.

Note that insurance fraud is not a criminal offense in India. “Until the fraudsters and officers involved are named and humiliated and criminal cases are not filed, such practices will not stop,” Balchandani said.