I have never slept with men for money — CEO of Blessing 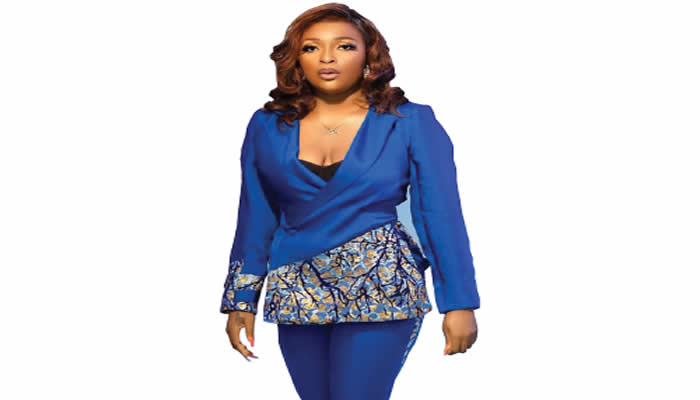 My name is Benediction Okoro. I come from a family of five children, four girls and a boy. I am from Ebonyi State.

For my elementary education, I attended Moven Nursery and Primary School in Lagos. I attended Federal Government College, Okposi, Ebonyi State for my high school education. I have a BA in Economics from the University of Calabar, Cross River State.

My decision to become a relationship therapist was influenced by my background and where I come from. I realized that many people don’t have a voice when it comes to relationship issues.

I have a certification as a relationship expert from the Buehler Institute, an institutional provider accredited by the American Association of Sex Educators and Therapists.

I don’t think I encountered any difficulties, other than the fact that it is difficult for people to speak. They feel that if one is not a religious leader or their parents, they are not supposed to talk to that person about their problems. It’s actually hard to get people to talk about how they feel.

Controversy, to me, is a strategy. The reason people pick on the things I say is because they’re real. They may relate to it in private but when in public they condemn it because they feel exposed. When I talk about certain topics, some people feel naked.

All the noise and criticism about what I say is just an attempt to cover up. I tell the truth. If not, it will not be relevant. Some people “always come for me” because I speak publicly about things that happen in their closets.

The most controversial statement I’ve heard about myself is that I’m a prostitute (laughs). However, I have never slept with a man for money before. But in this part of the world, some people believe that for a woman to achieve anything tangible, she has to have slept with a man (to get it). It’s just a fake story. Whenever I hear such statements, I laugh.

Women are not comfortable being single. I think women are just more aware and men are rebelling because they can’t cheat on women anymore. At that time, what some mothers had was not marriage but slavery. Back then, many women were unaware that they had options (to leave abusive marriages) when they were married. That’s why they stayed in such marriages (despite everything they went through). But now there are options. At that time, many women could not do many things, but now society allows women to do many things. It’s not that marriages don’t work anymore. On the contrary, women now have options and they can opt out (if it is no longer favorable to them).

You don’t have to be married to be complete. We are complete human beings (already). We marry only to complement each other. Anyone who comes into another person’s life is not there to complete the person but to complete them. This is why a person’s life goes on, with or without a man. If being married makes a person complete, it means that a person will die if their partner leaves them.

I got married when I was 18, and at that time I was not self-aware. Over time, it seemed that marriage would lead to my death. Sometimes a woman can love a man and think he’s going to change.

From him (ex-husband) slapping me, he turned to beating, then he used the belt, then the knife. I had to leave the marriage.

The lessons I learned from my marriage were simple. It is important for everyone to love themselves and always be themselves. If the marriage isn’t working out, get out and stay alive. Survival is the name of the game. Someone who is dead cannot accomplish anything.

I had liposuction because I want to be more beautiful and “eternally young”. It was a personal decision I made to enhance my beauty. I am a mother of two children. I want to look sexier.

Trust is built in; whether liposuction is performed or not. Cosmetic surgery does not give confidence. It’s like when a woman sees an expensive designer bag worth 5 million naira and she buys it, and another woman buys a bag worth 2,000 naira. Both bags can serve the same purpose. The lady carrying the N5m bag may not even be as confident as the one carrying a bag worth N2,000.

Confidence is not what we have. It’s who we are.

My best times are when I’m with loved ones, including my friends.

I have many, including members of my family. They always support me in everything I do.

My favorite fashion accessories are glasses and wristwatches. I like perfumes too.

My favorite food is toast.