I think I could be a pretty average basketball general manager 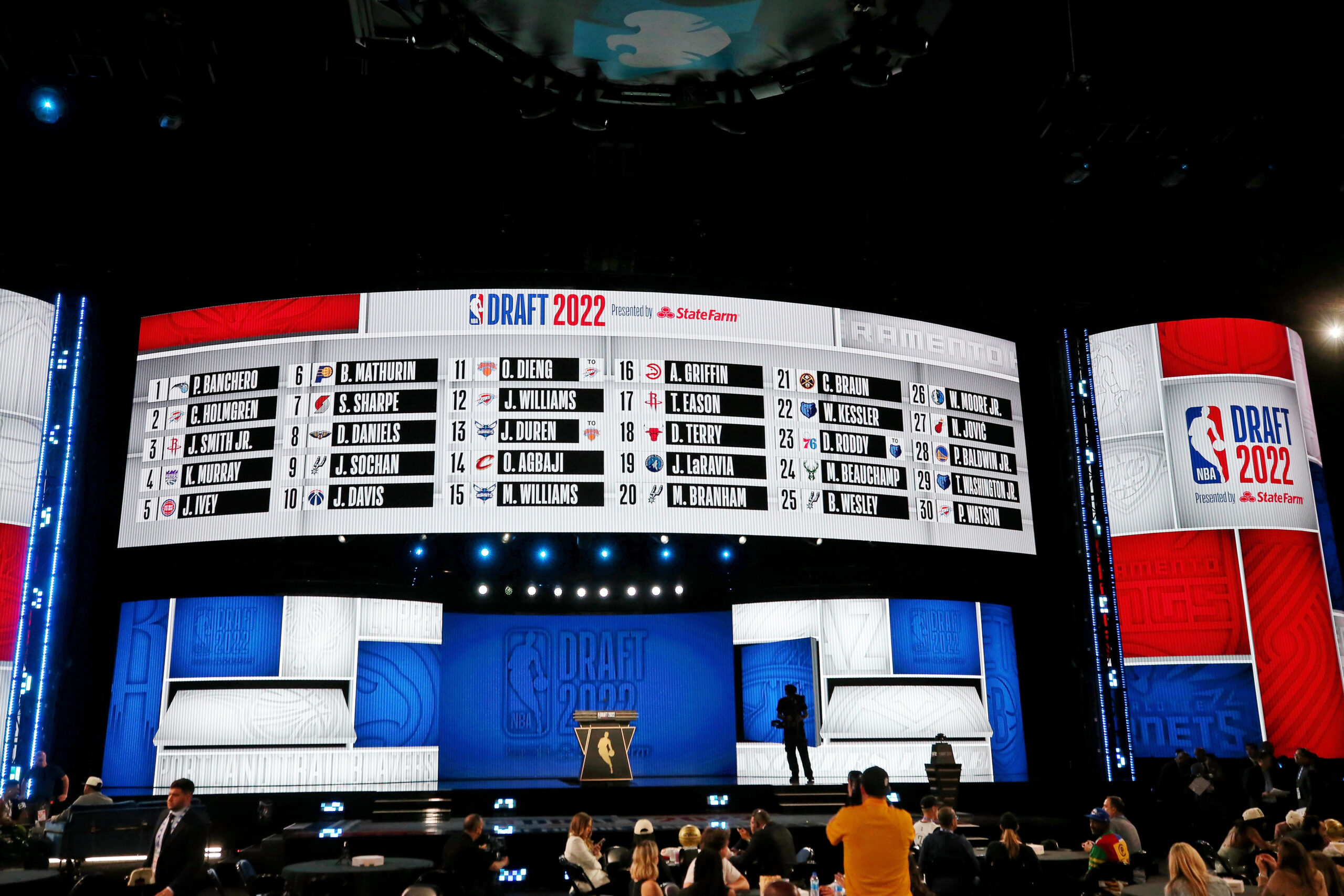 My name is Brian. I’m a professional food writer, but I follow basketball on Twitter and watched two NBA playoff games this year. I’m convinced that I could be an average general manager for your team.

Honestly, I don’t know much about how basketball is played, although I hit a three in PE class once. I know it looks really cool when everyone is running in circles passing the ball to each other really fast and everything until one of them finally has an open eye and shoots, like the defense is a padlock and they had to twist all the numbers in place to open it. I know Ja Morant can dive from almost the three-point line.

Maybe my cover letter doesn’t sound great so far. But there are real GMs who are worse! I have seven simple rules that will make me an average GM. If you just want to accompany a half-decent team that occasionally slips into the playoffs, I’m your man. Here are my rules. They are very sophisticated and beyond the reach of some of your current colleagues.

Before recruiting a guy, you should scout him and report. Sounds pretty basic, except last week we learned it wasn’t, as the Minnesota Timberwolves are from draw guys who are niceand the The Phoenix Suns have all but dropped out of the draft. The Suns didn’t bother to pick this year, but in 2019 general manager James Jones received literally hundreds of draft player scouting reports and decided not to read them.

Even after this article came out and Jones was asked to clarify his position, he double“You’ve got all these players, but you really know there’s about eight to 10 guys that you can tell are really Suns players who, day one, will come in and not have a lot of problems getting used to or fitting in to what you’re doing.”

As a GM, I promise to read reconnaissance reports. Or at least browse some fictional drafts the week before. I will also turn on my phone.

I’ll probably go see some players too, because it’s cool to watch basketball. Ideally, I’d watch them in real games, which brings me to…

Second rule: do not recruit people who never play basketball

There’s this guy named Shaedon Sharpe. His whole thing is that he purposely chose not to play a single basketball game for an entire year, but he still got drafted by the Portland Trail Blazers. I may be a jerk, but do you really need to recruit a guy who doesn’t play basketball? OK, yeah, he’s tall and athletic and working out and stuff. But he was on a basketball team the whole time! And he chose not to play! How is everyone pretending it’s not completely crazy? Maybe the Blazers are the team that measured players’ competitive streaks by challenging them to watch contests instead of watching them play ball.

You know who else is tall and athletic and works out and everything, and was on a basketball team for a year and didn’t play? Ben Simons. As your GM, I promise not to intentionally acquire Ben Simmons.

Third rule: LeBron is not the general manager and he cannot manage me

I also promise not to intentionally acquire Russell Westbrook.

Fourth rule: don’t have a whole bunch of crosses

There are two types of center. One of them is a really tall dumb dude standing next to the basket, waiting for things to happen nearby. The other guy is a freak athlete with otherworldly gifts who bends the entire arena around him like some sort of gravitational anomaly. There aren’t many guys of the second type. There are a lot of guys of the first type.

As your GM, I promise not to acquire a (literal) ton of crosses in the desperate hope that one of them turns into Joel Embiid. You really only need one guy to stand around the rim looking silly and waiting for things to happen in a sport where half the action is guys doing threes ill-advised points.

Meanwhile, the Cleveland Cavaliers have three centers making a total of $30 million, and they just drafted a new center. I will not do that.

It’s good to have a lot of choices in the draft. It’s good to trade to get more draft picks. When I have draft picks, I promise that most of the time I will recruit humans who play basketball instead of trading them for other draft picks later. The only thing better than choices are players.

Obviously, some trades are acceptable. The San Antonio Spurs had four picks last week. They drafted cool guys with the first three, then they decided three cool guys was enough, so they sent their second-round pick to Memphis in exchange for a future second-round pick. Makes sense.

That does not make sense:

I don’t understand any of that. Probably not the Knicks either. They probably woke up hungover the next morning wondering, “What year was that first-round pick?” Has anyone written this?

Sixth rule: All players will be vaccinated

If a player is too stupid to understand how a terminal illness can affect their ability to play basketball, that player is too stupid to be on my team. “But it’s his personal choice”, you say. No, this is not the case. It’s a team sport. A team player has to pass the ball, he has to keep up with his vaccinations and, worst of all, he has to play defense. If Kyrie Irving wants to play an individual sport, the Saudis hire golfers.

There’s a guy on Twitter named Shams Charania who gets a lot of scoops and then formulates them so strangely that a rival outlet made up a prize called the Shamsy for the most confusing tweet. For example, here’s Shams trying to explain why Kyrie Irving won’t get a shot: “Those who know Irving understand that he’s not motivated right now by money, nor cares about inheriting more of it. , but rather by the position of larger issues in his mind that need his support.

I would like to be a source for Shams. First, I would tell him confusing agrammatical platitudes, such as our team actively monitoring the free agency market but only motivated to seek out players who are seen by people within the organization to not only match to our culture and our philosophy, but also to meet our current needs, and not force an adjustment simply to acquire a talent considered by others to be a high caliber player. Shams gonna lap that shit up.

So I’m gonna start lying to him. You know, fun stuff. I’ll tell him we ask everyone to grow a mustache. I will tell him that we are going to do a permanent press all over the pitch. I’ll tell him we’re trading for Zion Williamson. It’s going to be awesome. We’ll all have a good laugh.

In conclusion, I would make an absolutely average NBA GM. I won’t buy Russell Westbrook, try to play multiple centers at once, and read scouting reports. Also, I will bring my phone charger on the evening of the draft. That should get me an upgrade for at least four or five teams.

Thanks for your consideration. I look forward to writing the next article in this series, “Why I Politely Turned Down a Job Offer to Lead the Sacramento Kings”.

Brings new meaning to the phrase Sunday Funday. No spam, ever.

Brian Reinhart became D Magazine’s food critic in 2022 after six years of writing about restaurants for the Dallas Observer and the Dallas Morning News.