Apple (NASDAQ:AAPL – Get Rating) last released its quarterly earnings data on Thursday, July 28. The iPhone maker reported EPS of $1.20 for the quarter, beating the consensus estimate of $1.14 by $0.06. Apple had a return on equity of 152.97% and a net margin of 25.71%. The company posted revenue of $82.96 billion for the quarter, versus analyst estimates of $82.97 billion. During the same period last year, the company earned earnings per share of $1.30. Apple’s quarterly revenue increased by 1.9% compared to the same quarter last year. On average, stock analysts expect Apple Inc. to post earnings per share of 6.1 for the current fiscal year.

The company also recently disclosed a quarterly dividend, which was paid on Thursday, August 11. Shareholders of record on Monday August 8 received a dividend of $0.23. This represents an annualized dividend of $0.92 and a yield of 0.63%. The ex-dividend date was Friday, August 5. Apple’s payout ratio is currently 15.18%. 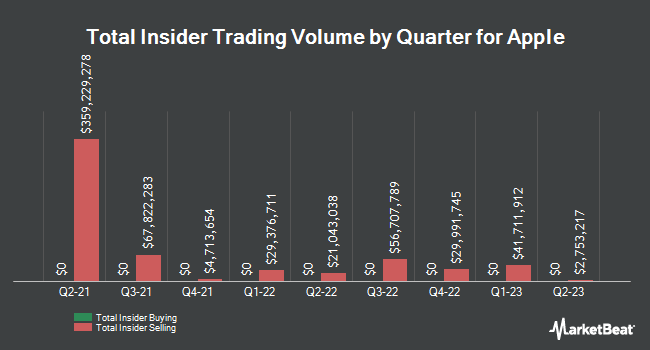 Before you consider Apple, you’ll want to hear this.

MarketBeat tracks daily the highest rated and most successful research analysts on Wall Street and the stocks they recommend to their clients. MarketBeat has identified the five stocks that top analysts are quietly whispering to their clients to buy now before the market takes off…and Apple wasn’t on the list.

While Apple currently has a “Moderate Buy” rating among analysts, top-rated analysts believe these five stocks are better buys.