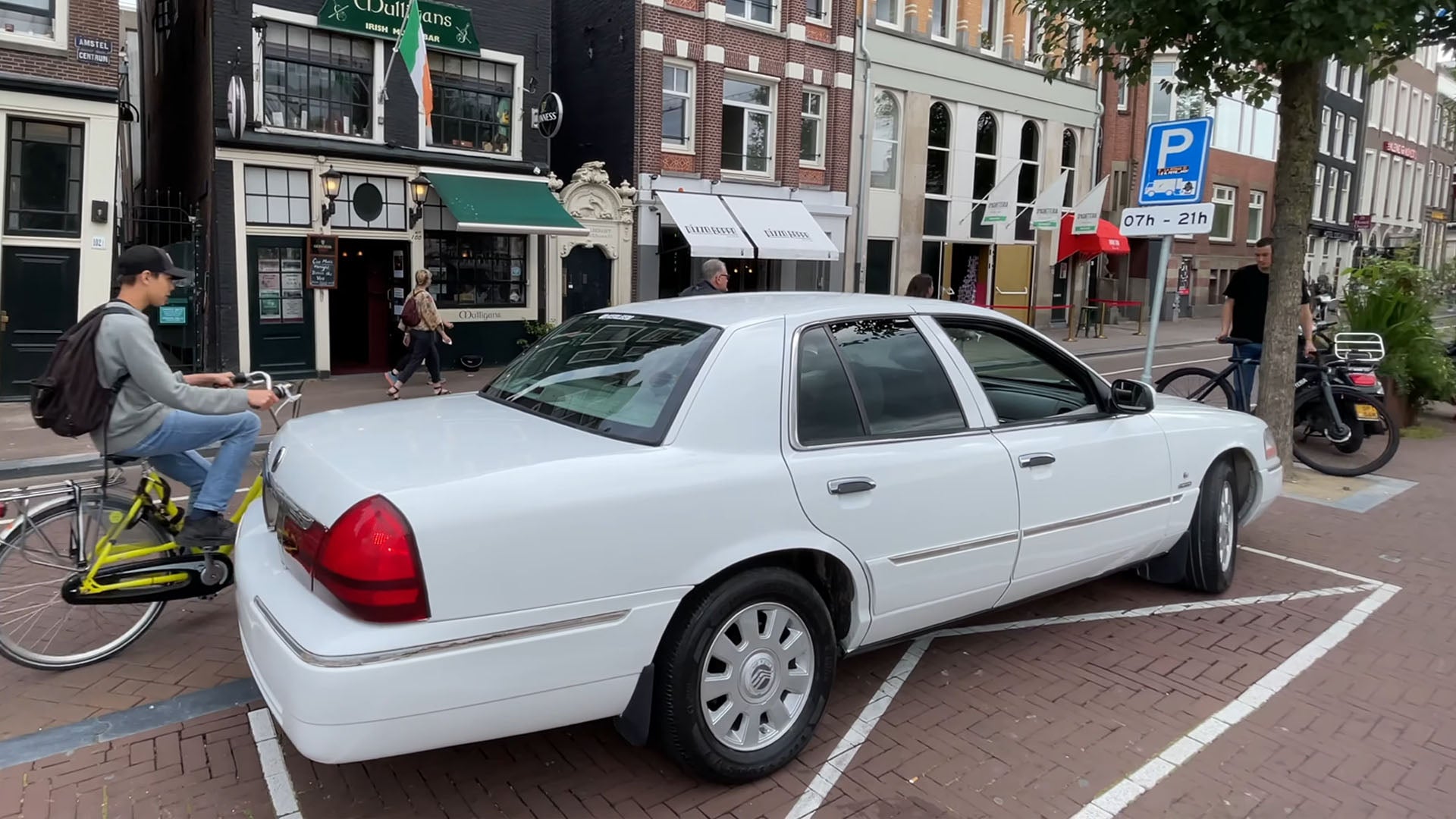 Importing a big American car to Europe is the dream of many people living abroad, but there’s a reason why it’s not common practice. American cars, especially older ones, can be difficult to maneuver across borders for a variety of reasons. That being said, it’s not impossible, as an American YouTuber by the name of Kerleem recently documented.

Kerleem lives in the Netherlands but decided to buy a 2004 Mercury Grand Marquis while in Florida. The ultimate goal was to get it across the Atlantic so he could use it as his personal car on a daily basis. He finally managed to do it and the big Panther platform car looks hilarious among Amsterdam cyclists. You should know, however, that such a treat cost him a lot of money.

How much, exactly? The final price to have the luxurious Grand Marquis shipped, imported and registered in Europe came to 8,200 euros, or about $8,400 at the current exchange rate. Kerleem hired a company called SCL Rotterdam to get the car across the ocean. He handled most of the process from start to finish, which Kerleem says was a big help for someone who’s never done something like this before.

Kerleem bought the car in Florida in mid-March and drove it to the port of Savannah, Georgia. After some paperwork, he was across the ocean at the end of April and on dry land soon after. Things got complicated a little later.

Inspections in Europe are generally stricter than those found in the United States, as some states do not even require inspections. Kerleem’s car didn’t come with side marker lights or a rear fog light from the factory, for example, so they had to be retrofitted. Items such as the steering, brakes and lights also all had to be “adjusted” to pass the inspection. The YouTuber claims the Grand Marquis had too much play in the steering to be considered safe for Dutch roads, which I really like. The thing is not even this Old.

Europeans also like to tax everything, so they taxed Kerleem. Fortunately, his car was too old to be eligible for the emissions tax, but he still had to pay 21% VAT as well as 10% import duty. Both of these taxes are based on the value of the vehicle on the bill of sale, so keep that in mind for any future imports you may make into Europe.

Kerleem doesn’t specify what he paid for the Grand Marquis, but 8,200 euros to get a road legal vehicle in Europe is quite expensive. That being said, Kerleem says the more commonly imported cars go through the process more easily. In a nutshell, if you want to bring in the Camry you bought your brother for $500, it’ll probably be pretty straightforward. If you buy a Corvette from a dealership, it’s probably going to be expensive. An ’04 Mercury is somewhere in the middle, I guess.

Anyway, it’s cool to see a big American V8 body-on-frame sedan on the roads of Amsterdam.

Have a tip or question for the author? You can reach them here: [email protected]