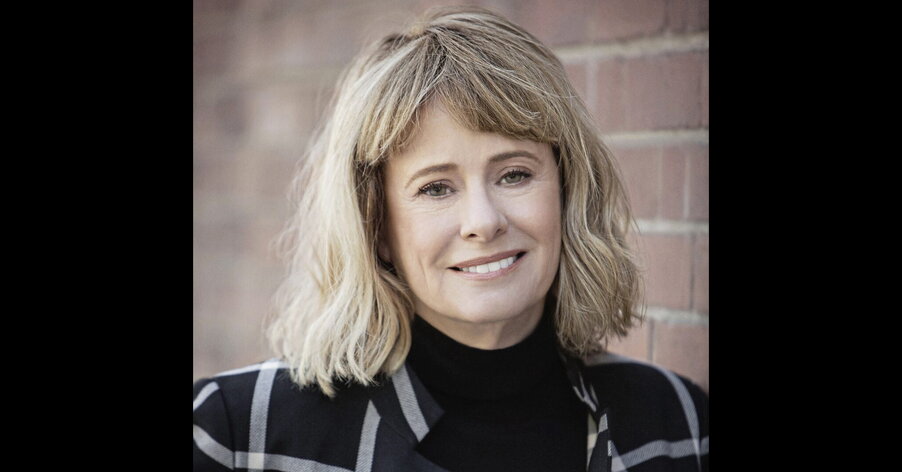 As a forensic anthropologist, best-selling novelist Kathy Reichs has been at the heart of death: examining corpses in morgues, exhuming skeletons, picking insects and immunizing herself against the stench of corpses are all elements of the work she has encountered over the years.

During her career, she helped identify human remains from 9/11, World War II and the Korean War, and traveled to Rwanda to testify before the UN genocide tribunal.

Not much scares the 74-year-old, creator of the Temperance Brennan novel series and producer and writer of the hit Fox-produced TV series Bones, based on Reichs’ work and airing for 12 years.

On some level, she got used to the smell of death while working on cases, she told herself.

“You know, on Thanksgiving, you walk into your house and you smell something wonderful cooking, but after an hour you don’t smell it anymore, because your nose goes numb. It’s the same with bad smells. .

“I know cops who would put coffee grounds under their noses. I’ve never done that. The rooms I worked in had special ventilation systems for particularly severe cases – we called them the stinky rooms.”

Her wealth of experience provided a rich harvest of stories, which she spun into bestselling novels featuring her forensic heroine Temperance, or “Tempe,” a divorced former alcoholic with a daughter and personal issues.

The latest, Cold, Cold Bones, is the 21st in the series. He sees Tempe find a box on his porch containing a fresh human eyeball, along with the GPS coordinates of a grisly find. More murders follow and when her daughter Katy goes missing, Tempe suspects someone is targeting her.

“He rewinds and recaps much of his career, revisiting many of his old cases — I thought my returning readers would be thrilled to recognize him,” Reichs says.

Kathy Reichs in her natural habitat

Does the book reflect the kind of cases she has personally worked on?

“I worked on cases involving serial killers carrying out their own malignant fantasies,” she recalls.

“I don’t think anyone has ever sent me anything sinister, although I have received letters from prisoners who have gone to prison partly because of my testimony. I am told that my books are very popular in prisons, and a long time ago I taught in a maximum security prison for five or six years.”

These days, Reichs is virtually retired from forensic anthropology, although she is currently consulting indirectly on a case in South America and will attend the annual meeting of the American Academy of Forensic Science – she dives therefore always his toes in the forensic water.

She has been married to Paul, an attorney, for more than 50 years, and divides her time between her home in North Carolina, where she worked for the Chief Medical Examiner’s Office, and a beach house in South Carolina, where she spent confinement with her two daughters and four of her six grandchildren.

Having seen the worst humanity can do, she says she was very careful about her personal safety during her earlier career, when her children – Kerry, Courtney and Brendan – were younger, avoiding photos or the places where they were staying are not made public.

“When I was working on cases involving children, my children would tell me that I was much more restrictive,” she recalls.

“The first case I dealt with was a five or six year old child who disappeared in a thunderstorm. Six months later they found this little skeleton in the woods. You really have to develop some mental technique to leave the job at the door when you get home.”

However, Reichs never had a problem detaching herself from the terrible cases she was working on, as she recalls:

“You have to have a mindset that you can’t get emotionally involved with the victim or you won’t be able to do them any good,” she explains.

“In the long run, it will be best for the victim to get justice if they go to court.”

She doesn’t dwell on the cases, but says the hardest memories are the ones she hasn’t resolved.

“But when you can give answers to the family, testify in court and get someone off the street who was responsible, that was satisfying.”

Inevitably, his own experiences seep into the novels: “I remember the first one, which I used for Deja Dead [her first novel, published in 1997] was a serial murder case in Montreal.

“A man was stalking and taking notes on women. When he was finally caught, he admitted to killing another woman two years earlier – dismembering her and burying her in five places.

“I worked on these exhumations and the analysis of their bones. The dismemberment diagram gave me this central nugget of an idea for the scenario of Deja Dead.”

Apart from the cases, she also had a health scare which she incorporated into her work. In a previous novel, A Conspiracy Of Bones, Tempe is recovering from neurosurgery following an aneurysm. Reichs had also been diagnosed with an unruptured brain aneurysm a few years earlier.

“They just found it by chance during a routine check”, explains the author.

“They monitored it for several years and there was no change. Then my neurosurgeon said there was a very small change, so they put little coils in there that block it. That was five or six years ago.”

She gets an annual MRI to monitor the situation and says the experience has been sobering.

“It gave me a better awareness of mortality. It happens to people all the time, when they don’t know they have an aneurysm and it’s bursting, or they have a clot or a pulmonary embolism.

“I’m lucky to know what’s going on in my head, because I see pictures of it every year.”

As for TV forensics, she agrees that given the huge amount of crime drama on our screens, it’s probably harder for thriller writers to shock and surprise their readers.

“From time to time, my daughter and I like to watch true crime docu-drama, but it usually focuses on the forensic ending. I don’t watch scripted dramas, because they make so many mistakes and c ‘boring.”