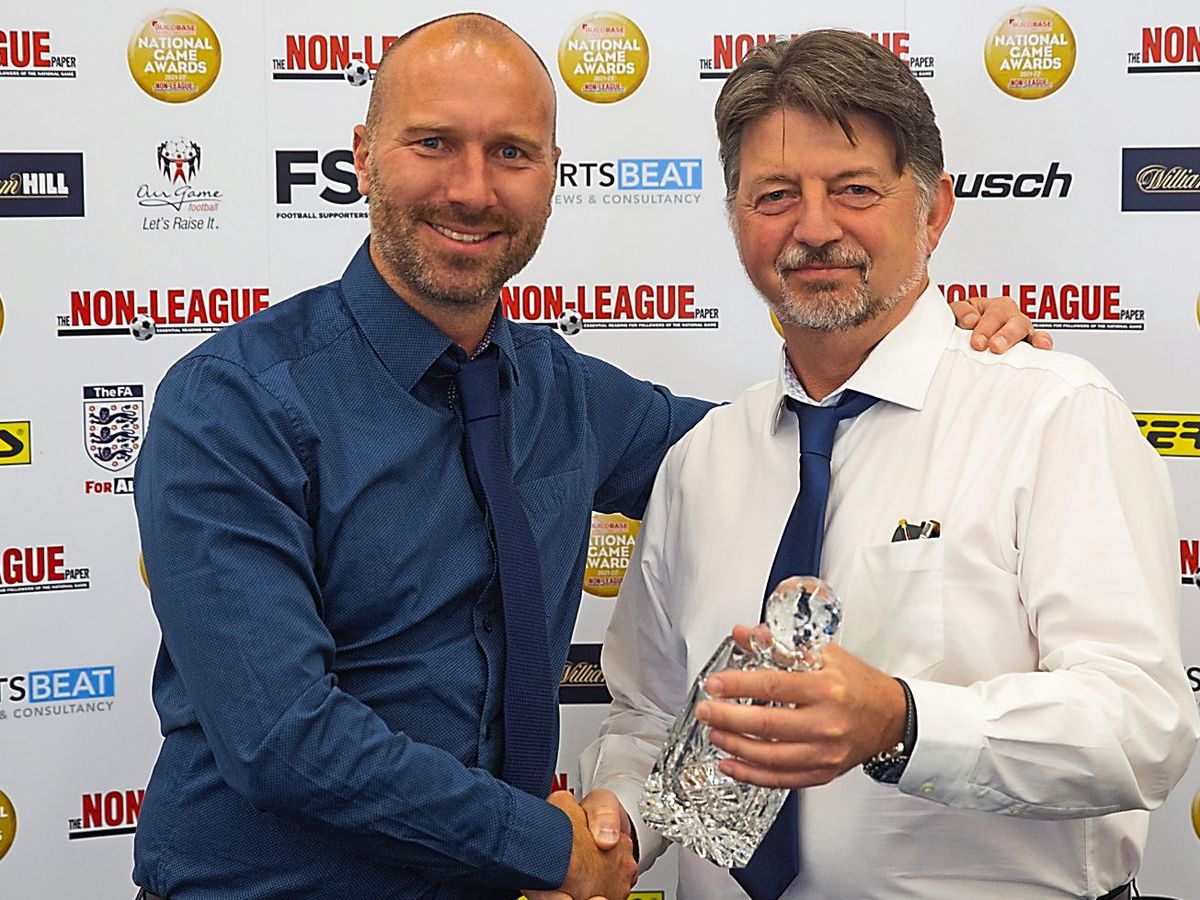 The Harriers received the Acerbis Cup Run of the Year award at the National Game Awards after a fourth-round run that ended in a last-minute loss to Moyes’ Hammers.

Penn spoke of a dream season in charge of the National League North team and hopes to use his relationship with Moyes to strengthen his team next season.

“David is one of the big talkers in the game,” Penn said.

“He was very down to earth when he came into our office and offered advice.

“Unfortunately there were no bottles of wine so I could only offer him a Budweiser, but we just talked about real football.

“I hope he can help me this summer with some players!”

A standout FA Cup run began with victory over Sporting Khalsa before a replay was needed against Step 4 Ware.

The National League’s Grimsby Town and Halifax were defeated in the next two rounds, before a comeback victory against Championship side Reading evoked glorious memories of the Harriers’ past while creating new ones for the next generation of supporters.

“Financially, it was a game changer,” Penn said. “I don’t know the ins and outs, it’s the president’s concessionaire.

“But we’ve had fantastic crowds this season, with the sold-out sales we’ve had for the cup.

“That’s why the FA Cup is one of the most prestigious cups in history. But on a personal note, reaching the fourth round as manager of National North is a dream come true.

Asked what moment he will remember most from the historic Harriers run, Penn replied: “The Reading game was that.

“A half-time zero, a sold-out crowd and scoring two goals in the second half and winning quite comfortably was a real statement from us.

“But the most important thing for me was the draw [for the next round] the day after. Seeing that we had West Ham at home, coming to Aggborough was something else.

Penn’s team also had a strong season in the league, with a fourth-place finish earning them a play-off berth.

A 2-1 loss to Boston United ended their promotion aspirations, but Penn hopes they can do better next season.

He said: “It’s been a great season, disappointed to have missed out on promotion. If we can’t win the league next year, we want to finish in the play-offs.

“We’re going to be up there as one of the favourites.

“The expectations are now very high, so next season will be difficult, but go for it.”

n The Non-League Paper is the only newspaper that covers non-league football from top to bottom – from the National League down to grassroots football. It is the recognized authority on non-league football. Available every Sunday, at newsstands and supermarkets nationwide, or subscribe online at www.thenonleaguefootballpaper.com