MANAGER: Everything is done for the good of the club – News 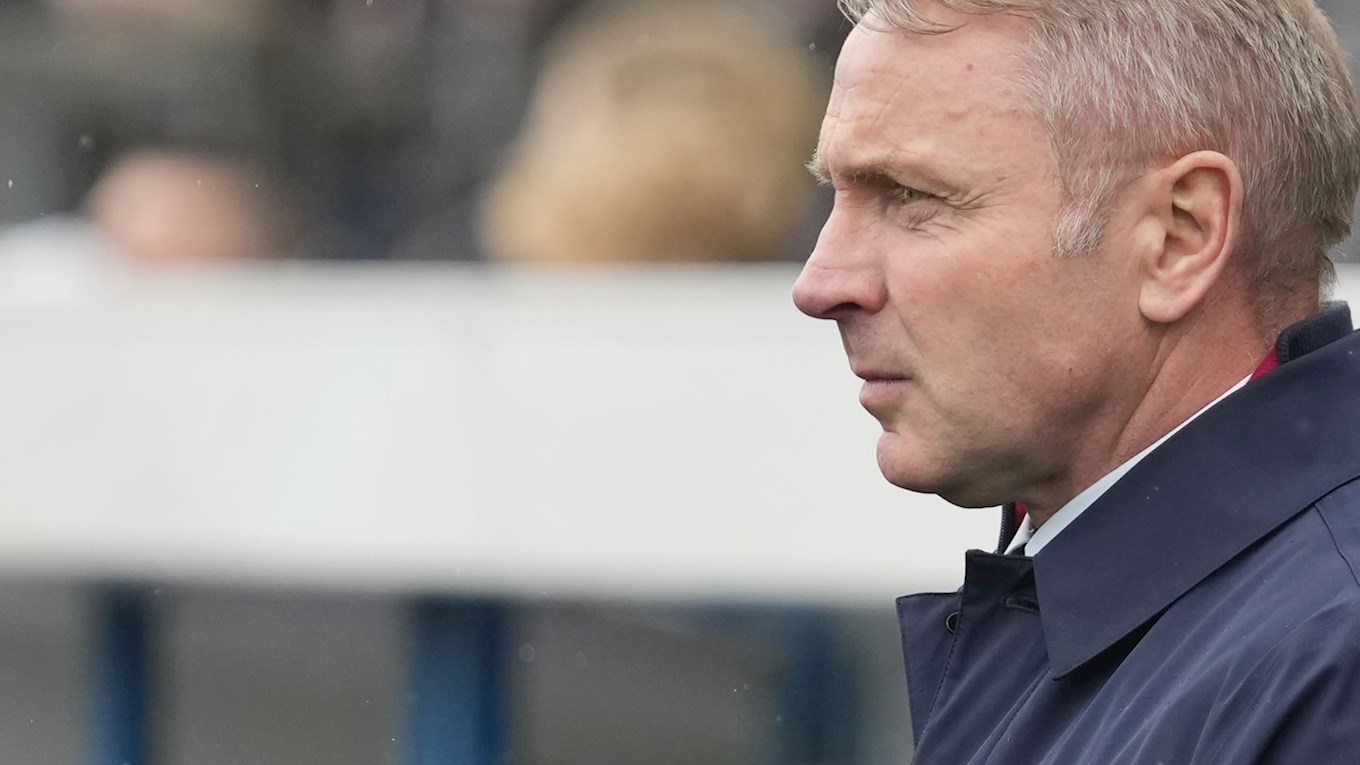 It is almost universally agreed by football managers at all levels that the day of end-of-season player meetings is one of the toughest on the calendar, with the good news of contract offers always outweighed by the unenviable task to tell someone in the group. that their future lies elsewhere.

“It’s one of those things you have to do when you take on a managerial role,” manager Paul Simpson said. “You have to make tough decisions and have tough conversations.

“Some of these conversations were tough today, it’s never nice to give people bad news, but I think the best way to do that is to just be honest. I feel like few of them were surprised to be released.

“I think the biggest surprise is probably Mark Howard,” he added. “When I spoke to him, I told him that was probably the hardest thing for me to do.

“I see today as the start of the future, that’s where it all starts. We’re looking to improve the squad and make them a group of really young and athletic players.

“While Mark has been great for us in terms of stopping shots and staying in games, I’m just looking to improve on that area as well.

“When I got up at the start of the awards show last night, I said it was a strange feeling to celebrate the end of 20th in the league.

“I think when the goalkeeper gets a full sweep of the awards it tells you we haven’t done very well. That’s in no way disrespecting Mark or the goalkeeping union, if you are a successful team, your goalie shouldn’t earn awards.

“I think that reflects where we are. Mark was very professional with the way he went about it and handled the situation today, although he was obviously disappointed. 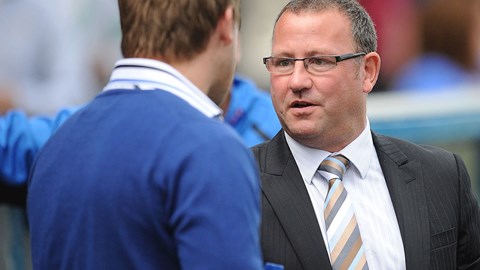 Speaking further about the reasoning behind the decisions, he told us: “All the decisions were made with the future of the club in mind, there is nothing personal about any of them.

“They’ve all been great guys to work with. Some had more opportunities than others and I considered that it was necessary to change and strengthen the group.

“To empty the bridges seems really disrespectful, but I am clearing spaces in the team to give us the opportunity to go out and bring in bigger, better and more athletic players to try to take the club forward.

“I sincerely wish everyone moving forward the best in their careers. The only thing I care about is moving forward. The challenge for all of us is to make this football club better. If I have to make tough decisions that surprise people on the outside, that’s what I have to do.

A slight difference with one of the released players is an invitation for midfielder Jamie Devitt to return in pre-season, if he wishes.

“Dev is a fantastic character and personality in the locker room,” he said. “I like what I’ve seen of him as a character, but I think we’ve only scratched the surface of what he can do for the team. 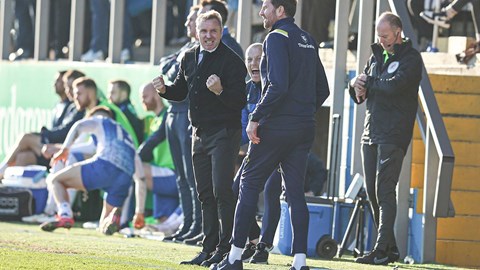 “I don’t think he was ever in top form, we really did it the wrong way and put him in the team to get in shape rather than getting him in shape to get into the league. ‘team.

“We were in a situation where we needed experience and I knew what he could bring us. He was really unlucky with that other injury he picked up.

“He was disappointed because he thought he could be involved at Bradford, but he had had a training session where he was the back-up man in everything we did.

“There was no way I could throw it away, it would have been my heart rather than my head that would have done it. I invited Jamie back for pre-season training so he could show us that he can get fit and be an effective member of the team.

In the recent past, players who have been offered contracts have, on occasion, postponed their decisions until well before pre-season, and once or twice even beyond.

“For the players to whom we have offered contracts, they have until the end of this month to make their decisions,” he confirmed. “I think that’s more than enough time to consider their options.

“If they decide they want longer than that, the offer will go, and it’s up to them what they do from there.

“I made offers because I would really like to keep them here, I don’t do it on a whim, I think they are players who can help us move forward. 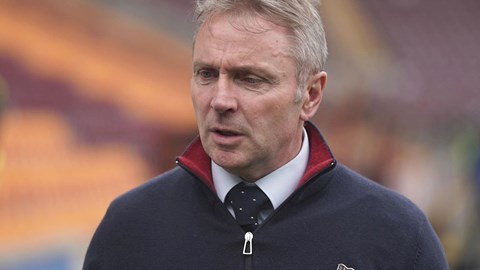 MANAGER: This is the start of a journey

“I hope they agree to stay, but we’ll wait to see that. Once it comes to the end of this month, if they’ve said it’s not a yes, the contract offer will be withdrawn.

“He can come back later, but it’s likely to be on lower terms than what has been offered so far. I really hope they agree to stay because I want them to be part of the group. to move us forward.

As for those who are already under contract, he commented: “All the guys who are under contract have been told that I expect a lot more from them next year.

“They will have a program to work on and when they return for pre-season I expect them to be in a very good position.

“Next season we need to be fitter and more dynamic. I don’t want to see the race stats I’ve seen, we have to be so much better than we are.

“The challenge for us as staff, and that includes Jamie [Roper] which intensifies, is to make a group of players physically stronger and physically and mentally more robust and ready to take up the challenge of a long Ligue 2 season.

“One thing I’ve said to all the players is that when we come back, hopefully we’ll have a minimum of six, but maybe even more new faces in the squad. 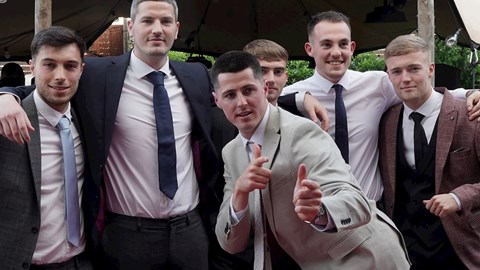 PRIZE-GIVING EVENING: All runners and riders

“I want competition for places and I want them all to fight. In the 15 games this season I think we’ve probably had maybe 12 starters, and I looked at the rest as graduates.

“I want a group of maybe 18 outfield starters who are all going to push each other to play on this team. If we do that, we have a chance of having a much better season.

“As for the arrival of new players, it is difficult to say when it could start. I want agreements in place as soon as possible. I want to know that we have x, y and z coming for the first day of pre-season. I promise the fans that as soon as there is information, we will let you know.

One out-of-contract player who is sorted is popular defender Morgan Feeney, who had his club option triggered this morning.

“We’ve triggered the option in Morgan’s contract and he’s the kind of character we need at the club,” the manager said. “He wears his heart on his sleeve and gives his all for the cause.

“He still has things to improve and he knows it, and he is ready to do it. I would actually like to extend his contract even more and give him that bit of security, it’s his decision whether he wants to talk about it.

“I want him to know he’s going to be a valuable part of the team, but I told him I’d like to bring at least a centre-half so he’s going to have to show me he deserves to start. “

With plenty of business done today, he also confirmed that this weekend will be the first in a long time where he shuts down completely.

“I’m going to take care of the football this weekend because I have a nice wedding event down south,” he told us. “I have a lot to do this week in terms of planning and recruiting.

“What I want to do when I go to this wedding is to end last season and start thinking about next season and make sure everything is in place.

“I know that when I go on vacation I will still be working and Jacqui understands that, but I feel like I’m doing really well.

“I’ve found a home here and have sold my home in Derbyshire so it’s full steam ahead to prepare for next season.”

To watch the video, please enable “targeting” in cookie settings

Click on HERE to watch an interview with Paul Simpson on iFollow United now.