Money is piling up in the race for the seat of Bentonville Ward 1, Position 1 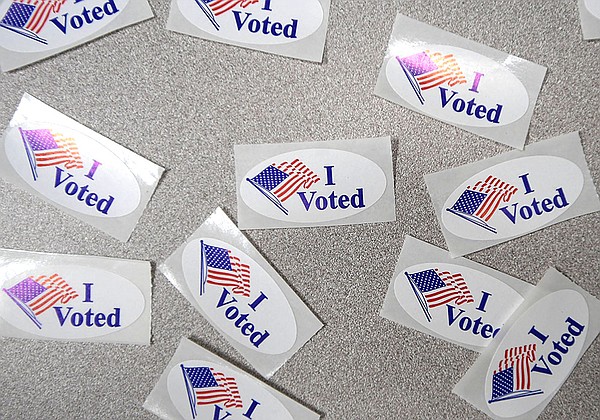 BENTONVILLE — Two political newcomers who want to take over Ward 1, Position 1 on City Council, brought in more than $16,000 in combined campaign contributions, according to pre-election campaign finance reports.

Allyson de la Houssaye and Beckie Seba are on the ballot to replace Tim Robinson, a board member since 2015, who did not seek re-election. Election day is Tuesday.

De la Houssaye brought in $8,530 in contributions. Most were between $100 and $250, but there were two $2,500 contributions from Don Walsh and Audrey Walsh of Westlake, Ohio. She also reported a $2,000 loan from herself, according to her report.

The municipal council is made up of eight members, two members per district.

Position 1 seats in the four wards are up for election this cycle. The challengers in the other three races received more monetary contributions than the incumbents.

Incumbent Cindy Acree reported two contributions totaling $1,600, while opponent Ragan Hensley reported $9,325 in monetary contributions and expenses of $8,236. Most of his contributions were between $100 and $200, according to their financial reports.

Acree is CEO of Habitat for Humanity Benton County. Hensley is a merchant at Sam’s Club headquarters.

Holder Aubrey Patterson showed two contributions totaling $1,600 and expenses of $1,205. Tyler Masters, his opponent, claimed $4,900 in contributions and $4,012 in expenses, according to their financial reports.

Patterson is a teacher at Bentonville High School. Masters is a human operations manager at Stratice LLC in Bentonville.

Holder Octavio Sanchez reported $3,000 in contributions and $2,954 in expenses, according to his financial report.

Challenger Tom Hoehn showed $3,850 in contributions and three loans from himself totaling $4,828. He spent $8,682 and had a negative balance of $3.62. His largest individual contribution was $500, according to his financial report.

Sanchez retired in 2021 as a database administrator for Walmart. Hoehn is Executive Vice President for Digital and Social Media at 4media Group.