‘My heart sank’: Ukrainian parishioners in Grand Rapids recount when Ukraine was attacked 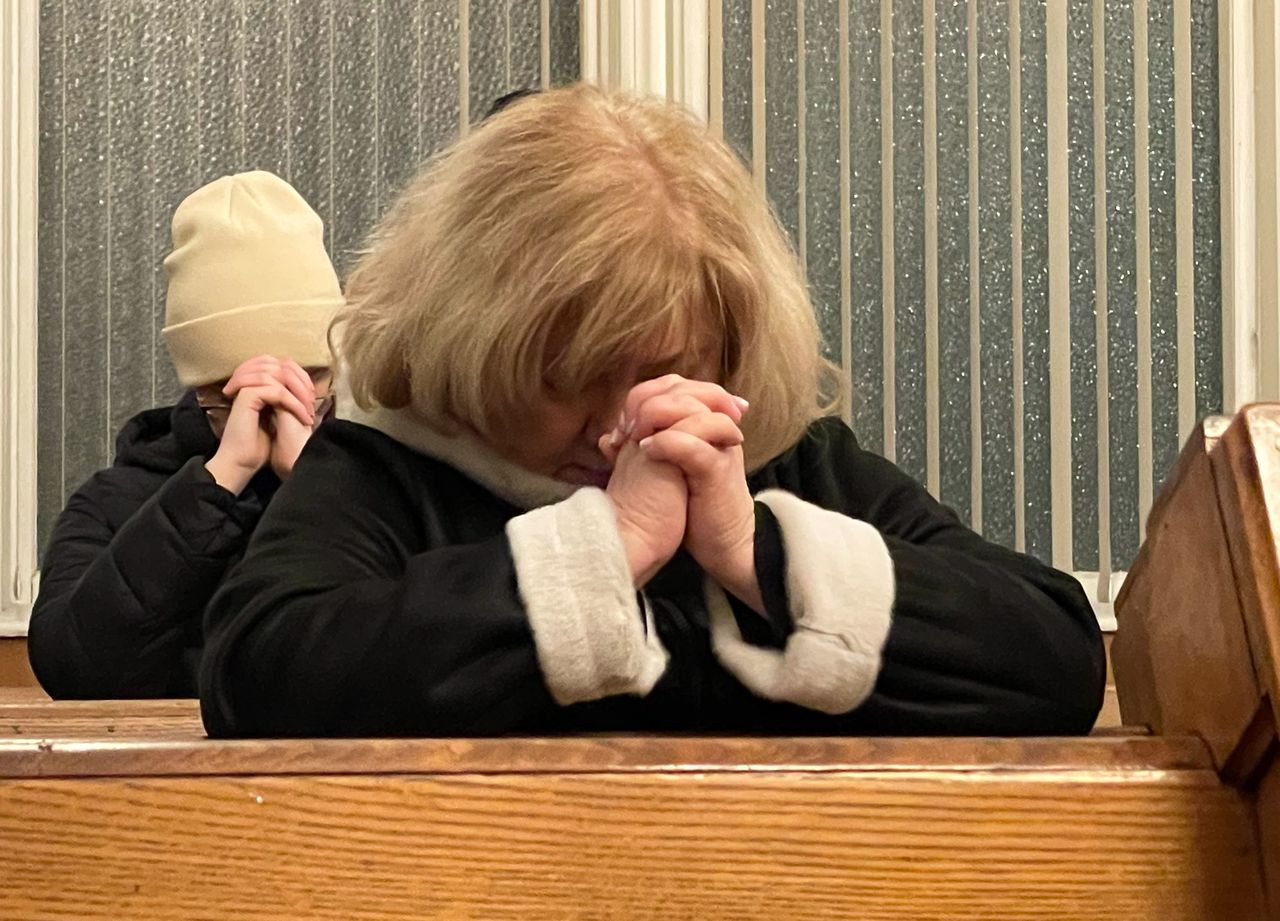 Soltinska scrolled through numerous Facebook posts Thursday night ahead of a special prayer service inside St. Michael the Archangel Ukrainian Greek Catholic Church in Grand Rapids. She walked away, shaking her head in disgust.

Soon after, she wiped away her tears and prayed for those under attack in her home country.

Russia launched a full-scale attack on Ukraine on Thursday, February 24, hitting towns and bases with airstrikes or shelling, as civilians piled into trains and cars to flee, reports the Associated Press. Large explosions were heard before dawn in Kiev, Kharkiv and Odessa.

Soltinska’s husband and other family members were forced to leave their home, which is about three hours from Kiev. Since then, she has been in constant communication with them.

Hours after the invasion, Soltinska began receiving Facebook posts containing videos – filmed by her family – of the aftermath of the bombings at a Ukrainian airport. Soltinska allowed MLive to view some of these videos on her cell phone.

In each video, portions of buildings could be seen in flames. In the distance, black smoke filled the sky.

Soltinska was one of about 20 parishioners who followed Rev. Roman Fedchyk on Thursday in a special prayer in the church.

“We ask each of you to pray and pray that our families in Ukraine will be taken care of,” Fedchyk told those present.

One way Fedchyk described his initial reaction when he received the news from his homeland was “hurt.” He last visited Ukraine in August 2021, and before that he was there about three years ago. Between August and today, Fedchyk said he never imagined his country would be “at war”.

“But as I said all night, we can continue to pray for them. This is our spiritual warfare,” he said, sharing a smile.

At his side during the prayer was Maria Bereza, a cantor at the church, who has a Ukrainian family.

“It is very worrying. I don’t know how else to put it,” Bereza said, adding that she was afraid for her close friends abroad.

Although Bereza has no immediate family located directly in Ukraine, their location nearby – Poland – still causes her to worry about their safety.

Bereza accompanied Fedchyk throughout the nearly hour-long prayer as parishioners bowed their heads, many holding rosaries, and followed. One of those parishioners is Matt Michalek, who has been a member of the church for about three years.

Michalek, who spent most of Thursday reading the news bulletins, said he had Ukrainian lineage on his mother’s side of the family.

“You worry if (Russia) is going to enter (other countries) like it did before,” he explained. “Being a Ukrainian Catholic, I feel like I have family there. It’s a hard thing to see because there are so many people you can feel a connection to.

Ukrainian President Volodymyr Zelenskyy vowed his army would continue to fight back and ordered a full mobilization, AP reported. He said 137 people, military and civilians, have been killed and hundreds injured since the start of the invasion.

As Thursday’s prayer drew to a close, the group of parishioners united as one with many shared hugs as others continued to wipe away their tears.

The moment parishioner Lauren Smith first heard about the attack was very distinct.

“My heart sank,” she recalls. “It’s hard to know people where it’s a situation that affects them personally and their families.”

Smith said she has been able to feel a connection with those living in Ukraine since she started attending church a few months ago.

“You can understand how much they are hurting because it all seems crazy,” she added.

To officially end the night, Fedchyk asked the others to keep doing one simple thing.

“We can never pray too much,” he said.

Faces of Ukraine: Photos from the first day of the massive Russian invasion

Invasion in Ukraine: What to know as Russian troops surge