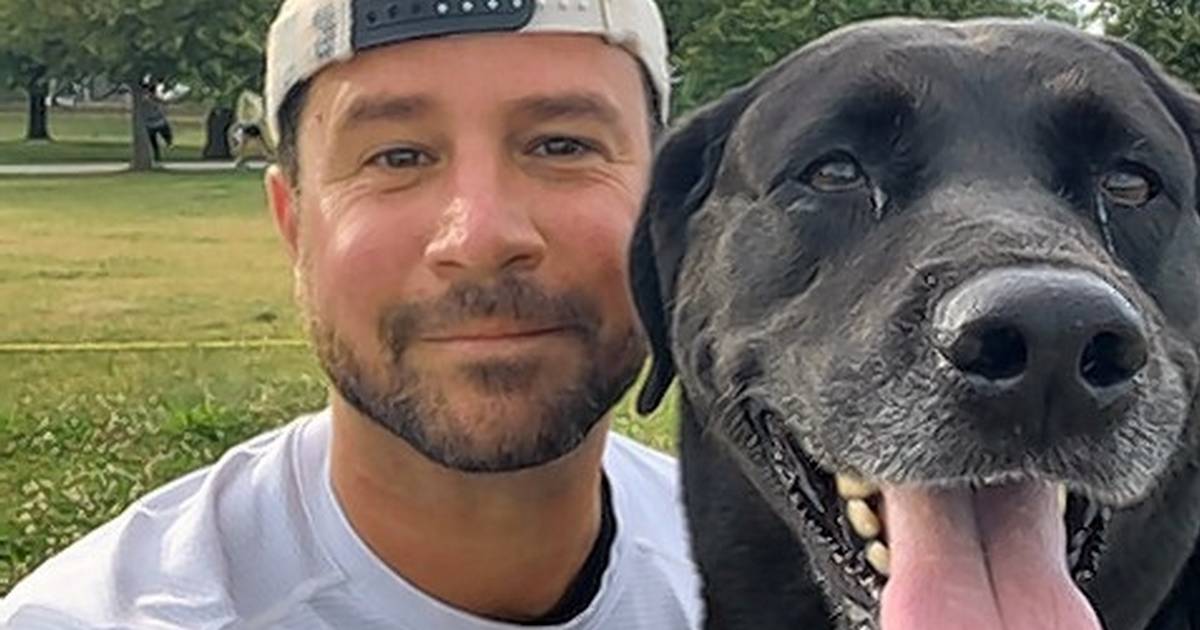 Dave Byman had been out for a run when he learned his dog, Marley, was fighting for his life in the freezing waters of Lake Butler in Libertyville, nearly 2 miles away.

Byman’s girlfriend, Jessica Sturdy, was walking with Marley and a friend’s dog near the lake. Sturdy told Byman she just looked away for a moment and then saw Marley swimming in a cold body of water surrounded by ice.

“She said the expression of terror on the dog’s face was horrible,” Byman said.

But thanks to the quick thinking and decisive action of a Libertyville police officer, Marley was saved and will celebrate her 8th birthday with Byman and Sturdy next week.

Byman adopted Marley from the Anti-Cruelty Society when the black Labrador mix was just an 8-week-old puppy. He remembers panic setting in as he changed course and headed towards the lake to try to help.

“My mind went in horrible directions: ‘My god, is she going to die?’ “Is something else awful going to happen?” Byman said.

Marley’s brush with death came on February 20 – a hot day after several days of freezing cold.

Although he ran as fast as he could, Byman was too late to help, but luckily help had already arrived.

Melvin said he was on patrol when the call came for him to attend a rescue call at Butler Lake. He said it was obvious that when he arrived the dog was in danger.

“I saw the dog dive into the water,” Melvin said. “I felt that dog needed help now.”

Taking care to distribute his weight evenly across the ice, Melvin crossed about 10 feet of ice to the water feature where Marley was struggling to stay above the surface, and he got to his knees. . Aside from a decorative bandana, Marley was naked and had no collar, leash or harness. So Melvin improvised.

“I grabbed her by the muzzle,” Melvin recalled. “I pulled her to the ice ledge. Once she was there, I grabbed her back fur and slid her onto the ice.”

Melvin said that even when they were on shore, he was still in “go mode” and moved quickly to revive Marley. By then, other officers had arrived, and they worked together to wrap Marley in an emergency blanket, transport her to the back seat of a police cruiser, and turn up the heater.

Byman, who was still en route, was on the phone with Sturdy throughout the rescue and heard it happening through his headphones.

“It was just an incredible relief,” Byman said. “They were incredibly kind, helpful and heroic.”

By the time Byman returned to the Libertyville home, which he and Sturdy were guarding, Melvin and the other first responders were preparing to leave.

“They were just like, hey man, no problem,” Byman said.

Marley recovered quickly and was back to herself in no time.

Byman, from Chicago, wanted to express his gratitude, so a few days after the rescue, he messaged Libertyville Police Chief Ed Roncone and the two men arranged for Melvin and Marley to meet at the edge. from the lake – this time without the drama.

Melvin said he enjoyed the meeting, which took place on March 2. He said it was nice to see Marley was in good spirits. He also brought a present for Marley: a pack of four tennis balls, his favourite.

Byman said he thought Marley recognized Melvin. But even if she doesn’t, Byman and Sturdy will always be grateful for saving their dog.