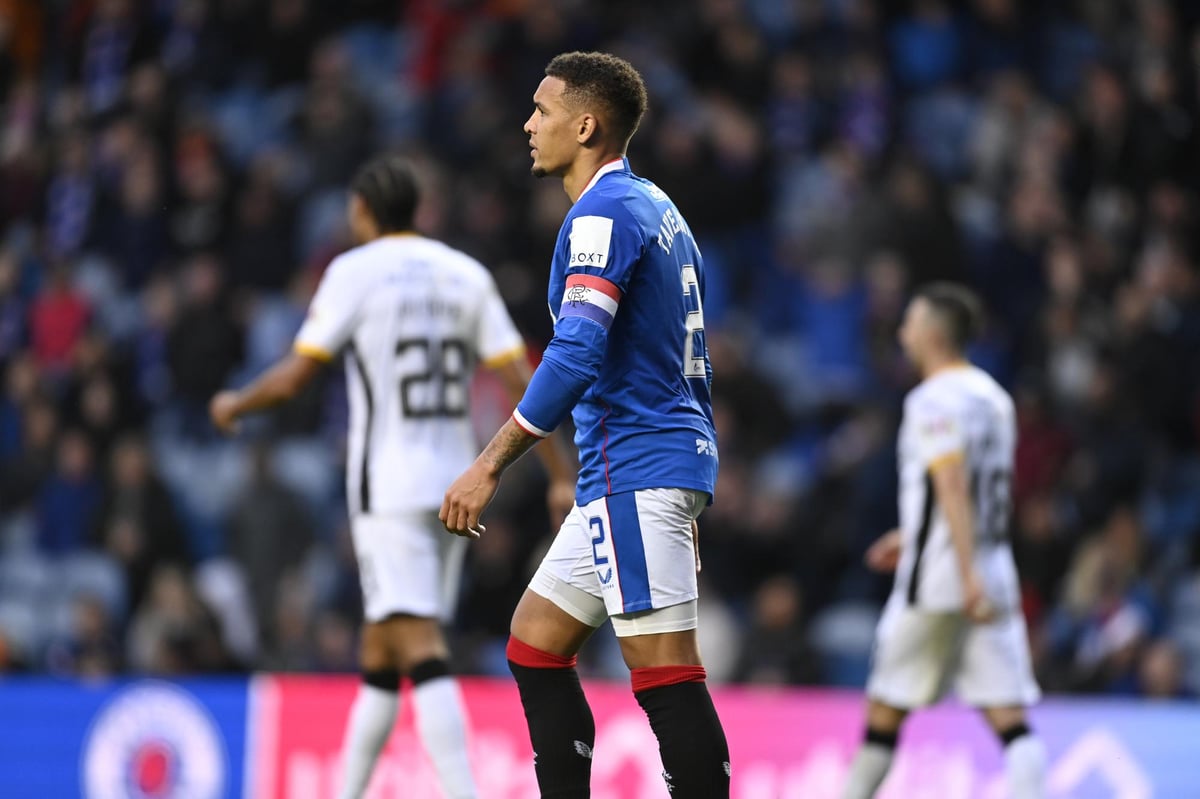 Rangers manager Giovanni van Bronckhorst has not escaped questioning from print and fan media following the poor performance against Livingston. He was asked if he could turn things around and if the players were with him. He answered yes to both questions. After those duties, he remained at Ibrox long after the final whistle, locked in a meeting with his staff to try to plot a way out of the turmoil that now shrouds the club. Wednesday brings a tough trip to Napoli, one of the best teams in Europe right now, according to Van Bronckhorst. Then they host Aberdeen, always a tricky opponent, at Ibrox on Saturday. Losing to Napoli wouldn’t be terminal but anything less than three points against Aberdeen and the Rangers faithful could just turn those boos into chants for change.

Update on King and Matondo

Already without Connor Goldson, Filip Helander, Glen Kamara, Ryan Jack, Ianis Hagi and Tom Lawrence, the last thing Rangers need is more injuries. Van Bronckhorst had to eliminate both Leon King and Rabbi Matondo against the Lions, although only one pair could not feature in Napoli. “Leon had to pull out because he felt a bit sick and nauseous,” Van Bronckhorst said. “That’s why we brought James [Sands] The rabbi fell on his back, so he couldn’t move, so we took him off as well.

The captain feels it

James Tavernier is never one to hide after a bad result. He again came forward to the media and took personal responsibility for Livingston’s goal, where he was guilty of not having closed Christian Montano. To boos from the fans, the captain accepted it. “You never want to hear it, but our performance over the 90 minutes wasn’t good enough,” he said. “They have every right to boo us when they come off the pitch. We need to have a reaction midweek even though we know it will be a tough game. We have to fight and show a real attitude.