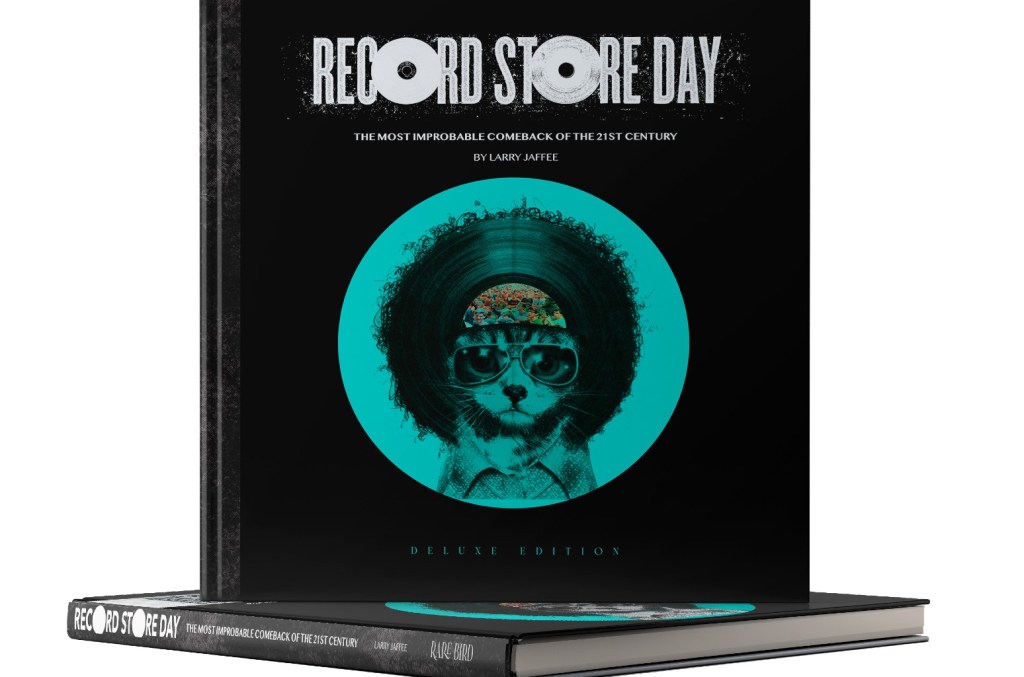 On April 12, before the 15th anniversary of the annual celebration, Rare Bird will publish the author Larry Jaffeit’s Record Store Day: the most unlikely comeback of the 21st century, a book about how this long-running event helped save independent record stores around the world and played a major role in reviving the burgeoning vinyl format. The story is told through the voices of those who played a pivotal role in the movement, including the founders of RSD, the artists who supported the event, and the owners of independent record stores, among others.

Jaffee is a New York-based journalist who teaches writing at the New York Institute of Technology and Mercy College and is co-founder/conference director of the Making Vinyl conference series centered on the resurgence of vinyl. Last year, the format had its biggest year of sales since MRC Data (formerly Nielsen Music and SoundScan) began tracking music sales in 1991. In 2021, 41.72 million vinyl records were sold to United States, i.e. one in three albums sold in the United States. the country.

Trade hardback and paperback editions of Record Store Day: the most unlikely comeback of the 21st century will be available in independent record stores, bookstores and other booksellers from April 12. And on Record Store Day 2022 (April 23), a limited edition Think Indie x RSD + Vinyl book – packed with an album of songs recorded at record stores across the US by artists including Paul McCartney, Metallica and Billie Eilish – will hit record stores.

On January 20, Taylor Swift was named the first-ever Global Record Store Day Ambassador. This year’s RSD release will feature a previously unreleased track from the pop superstar, who boasted three of the top 10 selling vinyl albums in the US last year: Red (Taylor’s version) (260,000 copies), Always (249,000) and Folklore (195,000).