Remote worker receives surprise meeting invite from manager while secretly on plane: ‘Internet is down’ 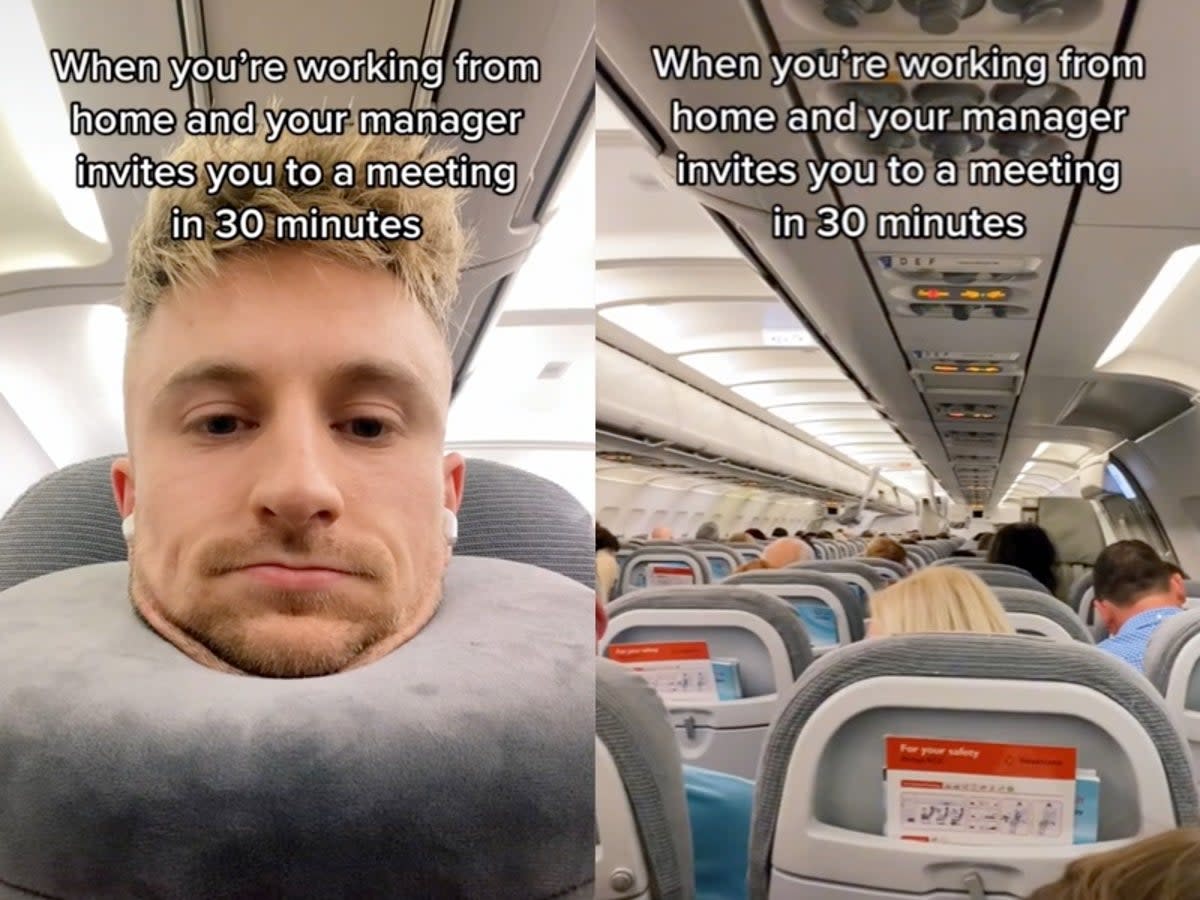 A remote worker has gone viral after sharing a video showing the realities of working from home.

ICT Tac user Mr Brotein has more than 50,000 on the video-sharing platform, where he posts advice and relevant content on remote work. In a video – which has received 3.4 million views since it was posted on September 29 – he captured the awkward moment when his administrator invited him to a business meeting while he was secretly on a plane.

“When you’re working from home and your manager invites you to a meeting in 30 minutes,” the text overlay reads. In the clip, the TikToker is seen sitting on the plane, with a pillow around his neck, about to take off. The video was also set to the song “Ex-Factor” by Lauryn Hill, with the lyrics “How can I explain myself?” play in the background.

The relatable work-from-home moment prompted many users in the comments section to share similar stories of lying to their supervisor about their whereabouts.

“It happened to me on the way to Hawaii so I didn’t respond and it turns out they fired me in two weeks,” one person shared.

“Bahahahaha I’ve been there,” someone else said. “It’s like they can smell when you’re not in the office.”

Another user wrote: “It will be me next Tuesday, wish me luck.”

Many people also took the opportunity to suggest tips and tricks to avoid impromptu business meetings while traveling, without getting into trouble. Some users advised others to take a personal day during a scheduled flight, while others suggested filling a calendar with meetings for the duration of the flight.

“That’s why you always fill your calendar with a few random length meetings during your flights,” one person said. “Always take personal or sick leave on flight days!” another user wrote.

Others jokingly said that remote employees should tell their bosses the internet is down or they’re having connectivity issues.

“INTERNET IS CUT!” I’m traveling to a new place,” one person advised.

“Say you don’t have internet service or power outage,” someone else said.

“Put on a background filter,” another person suggested.

Since the Covid-19 pandemic, many companies have reverted to remote or hybrid schedules, allowing employees to do most of their Work at home or at the office part-time. Last July, another teleworker gone viral on TikTok after their manager also invited them to an unscheduled business meeting while they were on a flight to North Carolina.

The TikTok user, who goes by the name Roderick, filmed himself sitting in a seat on a plane and wrote, “When you’re working remotely and your manager randomly adds a meeting to your schedule in 30 minutes.” He eventually revealed in the comments that he decided to leave his camera off for the reunion.