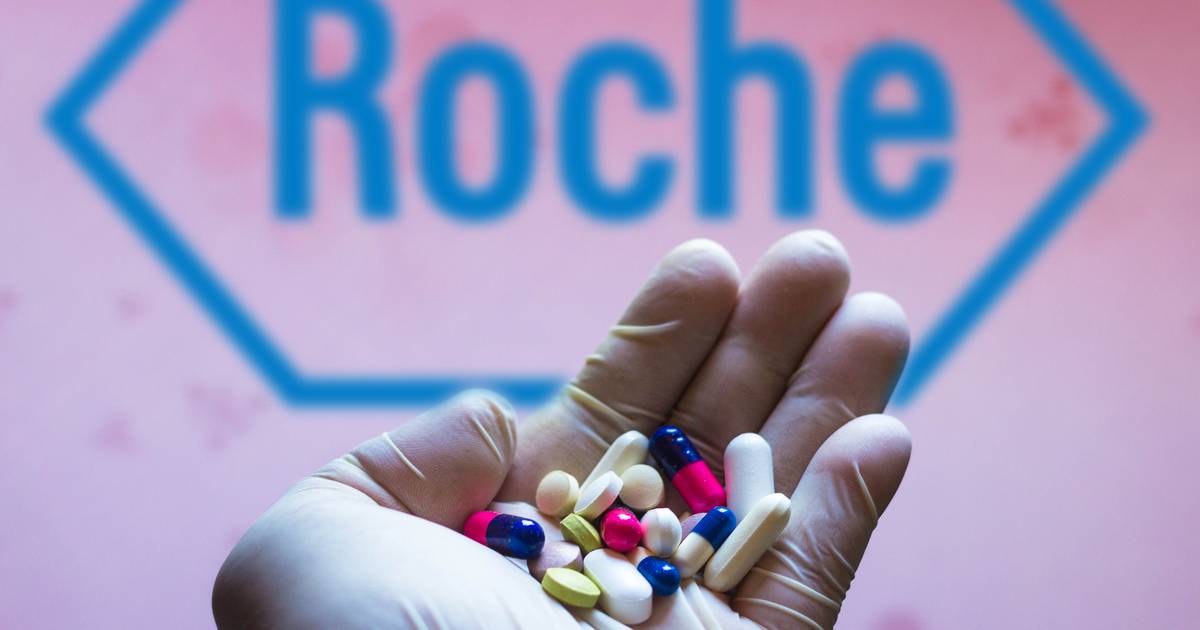 A sacked medicine safety officer from multinational pharmaceutical company Roche has alleged the company’s former chief executive in Ireland pressured him into lying to the state’s medicines watchdog about his wish to recall the marketing materials for three specialty drugs for cancer, arthritis and haemophilia.

The Industrial Relations Commission learned on Tuesday that the Health Protection Regulatory Authority (HPRA) agreed with Dr Bruno Seigle-Murandi on the risks to patient safety in five articles of literature and has ordered the recall of the items.

When the HPRA announced an audit into the matter, Dr Seigle-Murandi told the WRC, Roche’s former managing director in Ireland, Pierre-Alain Delley, told him the company’s operating license was “at risk” and asked him to take responsibility for an earlier letter to the regulator saying it was enough to end distribution and send doctors an instruction to discard the material.

Dr Seigle-Murandi’s legal team says he was eventually disciplined for making a protected disclosure and removed from his role as Pharmacovigilance Manager and Local Safety Representative for Ireland.

“I was asked to sacrifice myself for the good of the team,” he told the Workplace Relations Commission on Tuesday, as the adjudication of his complaints under the 2014 law on Protected Disclosures and Unfair Dismissal Act 1977 against Roche Products Ireland Ltd opened for hearing. .

Roche denies any whistleblower retaliation and maintains that the plaintiff’s dismissal last year was unrelated to any prior disclosures.

Dr. Rye-Murandi’s attorney, Darach MacNamara, on behalf of Sean Costello Sols’ Andew Freeman, said his client “literally stumbled upon” boxes of promotional materials in the Roche lobby at Citywest in May 2019, apparently having been delivered by a printer for the sales department.

In evidence, the complainant explained that the European Medicines Agency, and in Ireland the HPRA, dictate the wording of three categories of medicine literature: the “easy to understand” patient information leaflet included in the packaging ; the “full, complete, more scientific” summary of product characteristics provided to healthcare professionals, and an optional third category for “delicate to use” products advising physicians on side effects called “additional risk minimization measures”.

Dr Seigle-Murandi said the boxes contained promotional material for Roche sales representatives – a category whose wording had not been defined by national or European regulators, but which was to provide “comprehensive and scientific information on claims and security”.

He said he was looking for such materials to learn about Roche products and was having trouble getting hold of them, so he opened a box.

“My God, we are in deep shit. What have we done ? he described as saying to himself, adding that he knew immediately that the material was in “total violation” of the relevant rules.

The product leaflets were clearly publicity material as they included illustrations – but also contained a patient alert card which he said could only be issued by a pharmaceutical company in an additional risk minimization measures (ARMM) document ) with wording defined by regulators, he said.

After going to Roche’s marketing department that day to investigate, he said he identified issues with promotional material for three products, including a cancer treatment, an arthritis drug and a product for hemophilia patients.

The court was shown a DMRA risk mitigation document for the cancer drug, Tecentriq, and an example of its promotional brochure that he obtained from Roche’s marketing department that day.

“It bears the exact title of an HPRA-approved document. It’s a look-alike, a copy of an ARMM,” Dr. Seigle-Murandi said, adding that the wording was “99.9%” identical.

The difference was that the leaflet lacked safety information referring to some 62 Tecentriq side effects that had been reported to health regulators, including two deaths due to liver damage, Dr Seigle-Murandi said. .

After consulting with a colleague, the complainant said he wrote to his superiors on May 8 of that year to state that he had identified a risk to patients in the distribution of the marketing material.

After drafting a notice to the HPRA in which he requested a document recall, he said he was “shocked” to read the final version of the letter sent to the regulator, which was opened in court by Mr MacNamara.

“Roche does not believe medical professionals [healthcare practitioners] should be responsible for retrieving information from patients,” it read.

Dr Seigle-Murandi said he didn’t realize the changes had been made until the HPRA answered with ‘very solid questions’ and that he felt ‘betrayed’ by the news formulation.

“At the end of the day, I have the responsibility to the health authorities – it seems I would allow such absurd action by Roche.” he said.

In an early June 2019 correspondence opened in court, the regulator asked why Roche thought it was appropriate not to collect the cards given what it considered “patient safety concerns”.

According to plaintiff’s evidence, the regulator challenged five pieces of literature associated with Tecentriq and two other Roche products – the arthritis drug RoActemra and Hemlibra for the treatment of hemophilia A – and asked the company to write a letter to healthcare professionals reminding the Material.

Dr Seigle-Murandi said it was “false and dangerous information” and that there should be “no shortcuts” when a risk to the patient was identified.

Mark Connaughton SC, appearing for Roche on behalf of McCann Fitzgerald, objected and said this claim had not been raised before.

The Complainant said that was his assessment as a medical professional.

“There is no indication in the HPRA document about this,” Mr Connaughton said.

The HPRA then informed Roche that it would conduct a two-day inspection at the end of July 2019.

The complainant stated that he had been called to a meeting a week and a half earlier, on July 18, with Pierre-Alain Delley, then managing director of Roche Ireland, and other members of the pharmacovigilance team.

He described taking a seat at a table and having the other five attendees sit on the opposite side.

The Complainant said he was told he “had to be part of the team” and that he had to “accompany, collaborate, sign” an “alternative scenario” drawn up by a colleague.

Dr Seigle-Murandi said the options given to him were either to stay with the original letter stating that the literature should not be recalled or to accept that it should be recalled and say that was his mistake.

“Pierre-Alain Delley asked me to support [the colleague’s alternative] story… I was asked to sacrifice myself for the good of the team,” he said.

“There’s no way I’m not being completely honest on a health authority inspection,” he told the meeting.

He added that Mr. Delley told him: “The future of the business was at stake, but so was mine.”

“How could the CEO of one of the largest pharmaceutical companies ask me to lie to the HPRA,” the plaintiff said. “I said, ‘No way am I signing this,'” he told the court.

He added that no minutes had been taken.

Dr. Seigle-Murandi said he was subjected to exclusion treatment leading to the HPRA audit less than a fortnight later.

The extent of his involvement in the inspection was to make a “very brief comment” at the request of investigators, with Roche deciding who would make presentations to answer their questions, he said.

Dr. Seigle-Murandi replied in the affirmative when asked by his attorney if the literature had been recalled.

Mr. Connaughton asked how the Complainant knew of this. Mr. MacNamara then asked his client if he was involved.

“No, which is crazy,” Dr. Seigle-Murandi replied, before adding, “I was involved to a minimal degree.”

Mr Connaughton said Roche acted ‘immediately’ on the issues raised by Dr Seigle-Murandi and notified the matter to the HPRA, and regulator inspectors ‘closed their case to their satisfaction’ in February 2020.

He said some of the allegations raised by the plaintiff’s legal team were only first aired in legal submissions shared with the firm on Monday, the day before the hearing, and objected to them as they went along. as they presented themselves.

“It is a red herring to suggest that he disclosed or discovered something for which he is being punished when the company dealt with this,” Mr Connaughton continued, adding that there had been “no subsequent protected disclosure”.

“Contrary to Dr. Seigle-Murandi’s assertion that he was motivated by patient safety issues, he did not use internal policies. He chose not to follow those policies,” Mr. Connaughton said. He said Roche had a “very well developed ‘speak up’ policy” and that its independence was “guarded very, very carefully”.

“This means that any employee who has a concern and raises it through a policy is guaranteed a review of the matter. That’s what makes it all the more amazing. This policy would have allayed any concerns – any legitimate concerns – that he had,” Mr Connaughton added.

He said it was Roche’s case that Dr Seigle-Murandi “was a very difficult man to work with” and had “relationship issues” with colleagues while on the job. The company supported the complainant with a coaching program, but he “objected to it”, Mr Connaughton said.

The lawyer said the dismissal was a fair and reasonable punishment for gross misconduct after Dr Seigle-Murandi admitted to investigators that he had sent company documents to personal email accounts – and that the company had followed fair procedures.

“He didn’t just send himself e-mails. He sent hundreds of emails regarding confidential company business to a number of email addresses he believed were under his control – but we never got to the bottom of it,” Mr. Connaughton.

Mr MacNamara said his client would continue with his testimony in chief at the next date when other matters, including the disciplinary process, were discussed.

Arbitrator David James Murphy closed the hearing and adjourned the case. The case will resume on a date yet to be determined by the WRC.