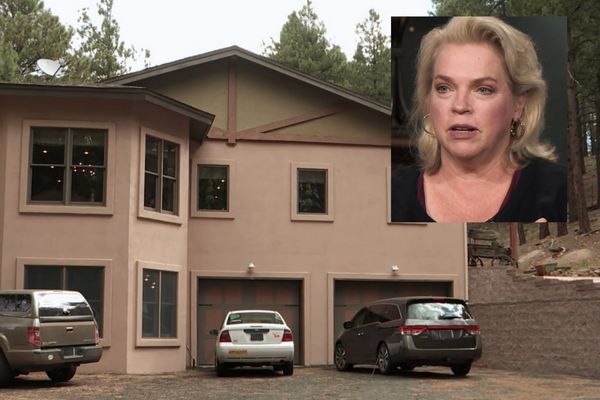 In the episode of sister wives airing tonight under the title “Knife in the Kidney”, Janelle reveals information about her financial situation in the family that has a significant impact on her personal freedom and her ability to divorce Kody if she chooses. Janelle doesn’t own a house, but she used her own money to help Robyn buy her $900,000 house.

It’s a jaw-dropping revelation as it reveals that Janelle has sacrificed more than expected for the sake of the family and has no safety net other than the Coyote Pass property. She vocalizes in the episode that she had not set herself up as an independent woman.

While Christine was able to sell her home and keep the equity in exchange for the equity she had in Coyote Pass, Janelle doesn’t have that option. She currently does not own any property without other people’s names.

Christine was able to legally remove Kody’s name from her home at the end of 2020, allowing her to easily sell her home in 2021 and keep the proceeds.

Kody made a big deal that “family money” was used to help Christine with a down payment on her home in September 2018.

“Family money” comes from a separate account that everyone has contributed to. In addition to this, all married people have their own separate bank accounts.

Not only was family money also used for the down payment on Robyn’s 4,400 square foot home, but money from Janelle’s personal account was used for this purchase. Janelle says the money came from the sale of her home in Las Vegas, NV.

Theoretically, Janelle should be entitled to equity in Robyn’s property if she sells, and at the very least, she deserves the money she’s handed over. However, Janelle made no mention of what she expects to happen financially if Robyn ever sells her house.

Instead, Janelle is interested in paying Coyote Pass so they can realign the property lines and she can build there. “My eggs are all in this basket and I’m moving forward,” she says during the episode.

Kody says they currently cannot afford the Coyote Pass property at this time. He tried to get Christine to pay off the property with the money she made from the sale of her house, and then redistribute what she owes once everything is settled.

Christine didn’t want to do it because the process was too complicated and she didn’t want anything to do with Coyote Pass anymore. Janelle saw no problem with Christine’s decision and was the only sister wife to support her decision to leave and show sympathy for her views.

Janelle also revealed that Kody had lost interest in his housing situation since they first moved to Flagstaff.

“He was furious when I moved from my first rental to my second rental, even though the second rental was much bigger,” says Janelle. “He was angry because it wasn’t as pleasant. But you know what? He has a house he lives in on a hill with Robyn and it’s really nice and I have nothing. So I’m trying to build myself something here.

There are hints that by the end of 2022, Janelle may have already left Kody. If so, I hope she’s in a better place than she was when this episode was filmed in the summer of 2021.