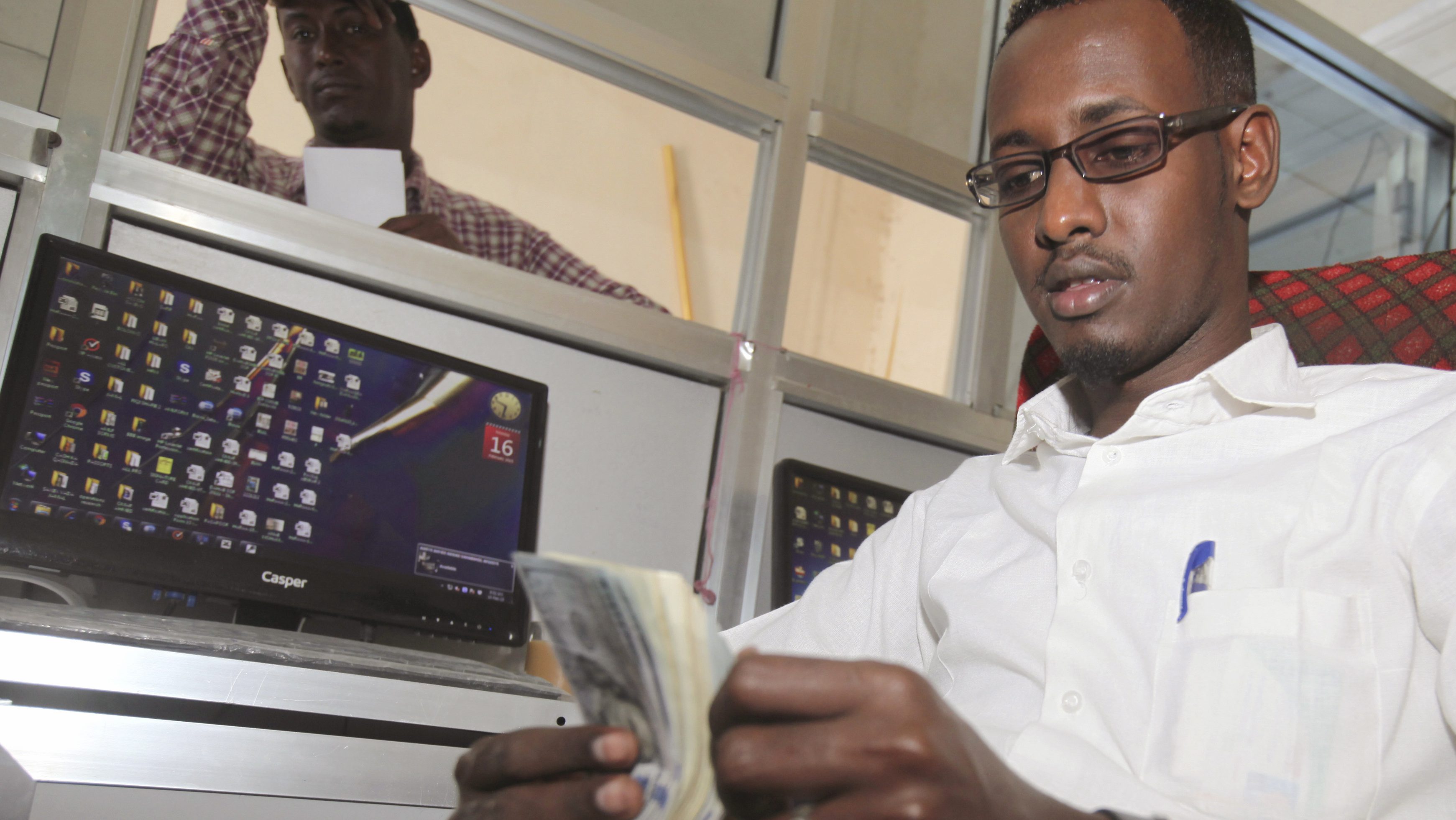 Somalia’s remittance market is one of the most developed in the world, characterized by a large diaspora that sends billions of dollars in remittances each year and a local population that prefers mobile money to cash .

The latest data from the World Bank in 2017 suggests that 73% of the population over the age of 16 use mobile money services, making Somalia one of the fastest growing markets in Africa and the world.

Although only introduced 10 years ago, more than two-thirds of all payments in Somalia now rely on mobile money platforms.

Although Hormuud, the leading mobile money provider in Somalia, only received GSMA Mobile Money certification in March, a global standard of excellence in telecommunications, the country has changed the face of money transfers around the world for decades.

The main factors driving the country’s innovation in money transfers are a difficult operating environment, weak banking system, lack of policy implementation and deep distrust of government and local currency.

It’s the culture of our community, we are risk takers. Due to the challenges, we had to explore new ideas.

Innovations range from the early adoption of the Hawala system to the global rise of Somali-based money transfer companies, including World Remit and Dahabshill.

“Anyone who owns a mobile phone has mobile money services,” says Abdullahi Rage, a Mogadishu-based research analyst at the Africa Center for Strategic Progress, a US think tank.

“The problem in Somalia is that we lack data – it’s hard to get an exact number. But I would say that more than nine out of 10 people use mobile money in Somalia.

Somalia has long been a tough market with deep divisions in government that often escalate into armed conflict and in parts of the country under the control of the terror group al-Shabaab. But these problems have created the perfect home for innovative solutions, especially in fintech.

“It’s the culture of our community, we are risk takers. Due to the challenges, we had to explore new ideas,” says Ahmed Mohamed Yuusuf, CEO and Chairman of Hormuud, one of Somalia’s largest telecom operators with 4.5 million subscribers.

The first innovation was the early adoption of the hawala money transfer system, which originated in the 8th century in India and spread to the Horn of Africa and the Middle East. The service allows users to send and receive money in different countries through an informal network of brokers, with no funds crossing borders.

This method of money transfer was popular in Somalia before mobile money and continues to this day, with most brokers turning to the formal telecommunications industry. Yuusuf says up to 45% of hawala agents in Somalia, who primarily process payments from the US and UK, use Hormuud’s EVC Plus mobile money to conduct business.

The group’s chairman says it was the high costs, inefficiencies and structural impediments associated with Somalia’s legacy banking system that previously drove people to the hawala network and the same goes for mobile money.

Somalia has an extremely competitive mobile money market with lots of small players rather than a few large companies like other markets in Africa. Compared to neighboring markets like Kenya, home to Safaricom’s M-Pesa, one of Africa’s best-known mobile money services, money transfers are conducted in dollars and most telecom companies do not charge no fees for transfers.

When Hormuud launched EVC Plus in 2011, Yusuuf says they made it a free service to encourage Somalis to embrace fintech. Instead of using EVC Plus to generate revenue, it is used to onboard customers to other services such as data and voice.

The discount version of EVC Plus, however, is a paid service. Yusuuf says he is often used by humanitarian organizations to help deliver aid to Somalia. More than $200 million has been sent to Somalia in recent months on the platform as the country suffers its worst drought in decades, where more than 4 million people are at risk of starvation.

Indeed, Somalia has a vibrant remittance sector with over 2 million citizens living outside the East African country. The United Nations Development Program estimates that $1.6 billion is sent back to Somalia each year, almost a third of the country’s GDP which was $5.42 billion in 2021.

One of the best-known companies to emerge from Somalia is World Remit, a money transfer company that was founded in 2009 by a Somaliland entrepreneur who was frustrated with the lack of money transfer options when he came to the UK as a refugee.

We don’t have a national ID in place and therefore identifying guests was a bit difficult.

Somalis also transfer money between mobile accounts in dollars because the Somali shilling is very unstable and the IMF says around 98% of the local currency in circulation is counterfeit. Lack of trust in physical money is another key reason for the success of mobile money in Somalia, leading to a situation where it has almost completely replaced the Somali shilling in some parts of the country.

Research shows that Somalia processes some 155 million transactions per month in a population of only around 17 million people. Most people keep their money in a digital wallet rather than a physical bank.

Lack of oversight is a concern

However, one of the main problems in the internal market is the lack of regulation of mobile money. Institutional fragility and continued political risk have delayed strong legislation capable of regulating the mobile money industry to ensure it benefits consumers and the country.

This has raised concerns about mobile money being used for illicit finance and to support al-Shabaab.

“It’s a challenge to control the flow of money in and out of the country,” says analyst Rage. “But private companies are doing their best to at least have checks and balances.”

A good example is Hormuud who received Somalia’s first GSMA Mobile Money certification in March. Certification from the world’s leading industry organization is a milestone for Somalia’s telecom sector and places Hormuud among Africa’s top mobile money providers for safety and security.

The CEO tells Quartz that the company had to meet 350 different criteria, and know-your-customer (KYC) requirements were the most difficult to meet.

“We don’t have a national ID card in place and therefore identifying customers was a bit difficult,” he says. “But there are other mechanisms in place, for example registers provided by local authorities.”

One of the main challenges was to ensure that the rigorous standards required by the GSMA did not discourage the financial inclusion of Somalis who do not have access to formal identification. The solution was to reduce the maximum amount that unidentified users could hold in a digital wallet to $300, reducing the likelihood of it being used for illicit finance.

Despite the lack of a strong regulator, Yuusuf says there have been some recent improvements. Somalia’s central bank awarded Hormuud Somalia’s first mobile money license in 2017, a sign to investors that the local market is maturing. It also introduced a centralized payment system in August that allows digital payments to be made between Somali banks, making payments easier for people across the country.

The biggest challenge for the Somali telecommunications industry is the transition from analogue phones to smartphones. The World Bank found that 49% of the population owned a mobile phone in 2019, but most phones were phones with USSD technology to access mobile money.

“It’s not digital, it’s not internet-based,” says Rage. “Mobile penetration in the country is high compared to low internet penetration.”

This poses a challenge for telecommunications companies wishing to introduce data as a revenue-generating stream. The CEO of Hormuud says he is currently investing heavily in fiber optics to ensure “every family has access to the internet”.

“The voice is disappearing. Things like WhatsApp and other apps are coming, so our focus right now is on expanding and monetizing data services,” he says.