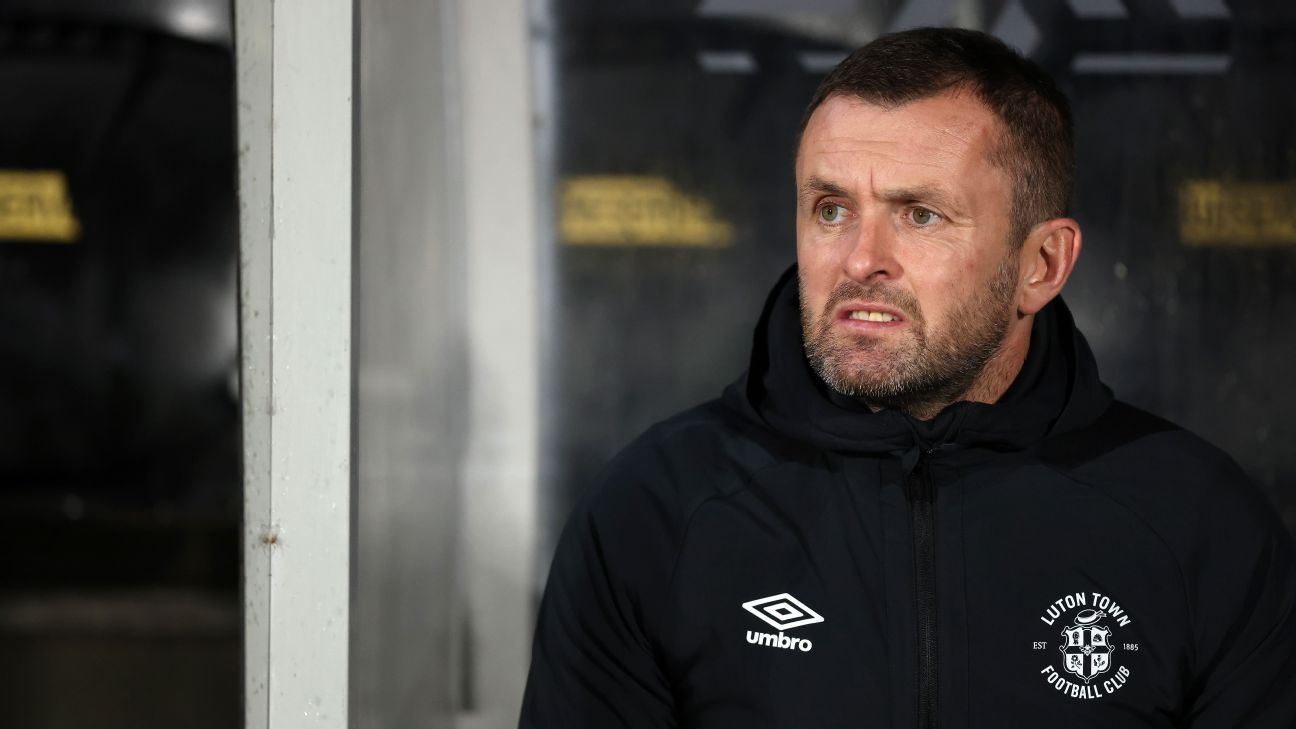 Southampton have appointed Luton Town boss Nathan Jones as their new manager on a three-and-a-half-year contract, the club announced on Thursday.

Jones replaces Ralph Hasenhuttl, who was sacked on Monday after a poor start to the Premier League season. They are 18th after six defeats in their last nine games, including a 4-1 loss to Newcastle United on Sunday.

The Welshman will take charge of Southampton for his trip to Liverpool on Saturday before working with the side during the World Cup break. On their return, they face Brighton & Hove Albion, Fulham and Nottingham Forest.

In a statement on Southampton websiteJones said his personal relationship with the club and his desire to lead in the Premier League helped him make his decision.

“I know a lot about the club from the days of [Southampton’s former stadium] The Dell, to come here to St Mary’s, and it’s a wonderful football club,” said Jones, 49.

Nathan Jones has been named manager of the men’s first team, signing a contract until 2026:

“A lot of my family members are Southampton fans, which doesn’t help halfway, and I’m really, really proud to have this opportunity, and really can’t wait to get started.

Southampton have scored just 12 goals in 14 matches. Only Forest and Wolverhampton Wanderers, both also in the relegation zone, as well as 16th place Evertonhave scored fewer goals so far.

Jones arrives having led Luton to the Championship playoffs last season on one of the smallest budgets in the division. He returned to the club for a second stint after a short stint at Stoke City.

During his first tenure at Luton he promoted them from League Two and put them on track for promotion from League One when he left for Stoke.