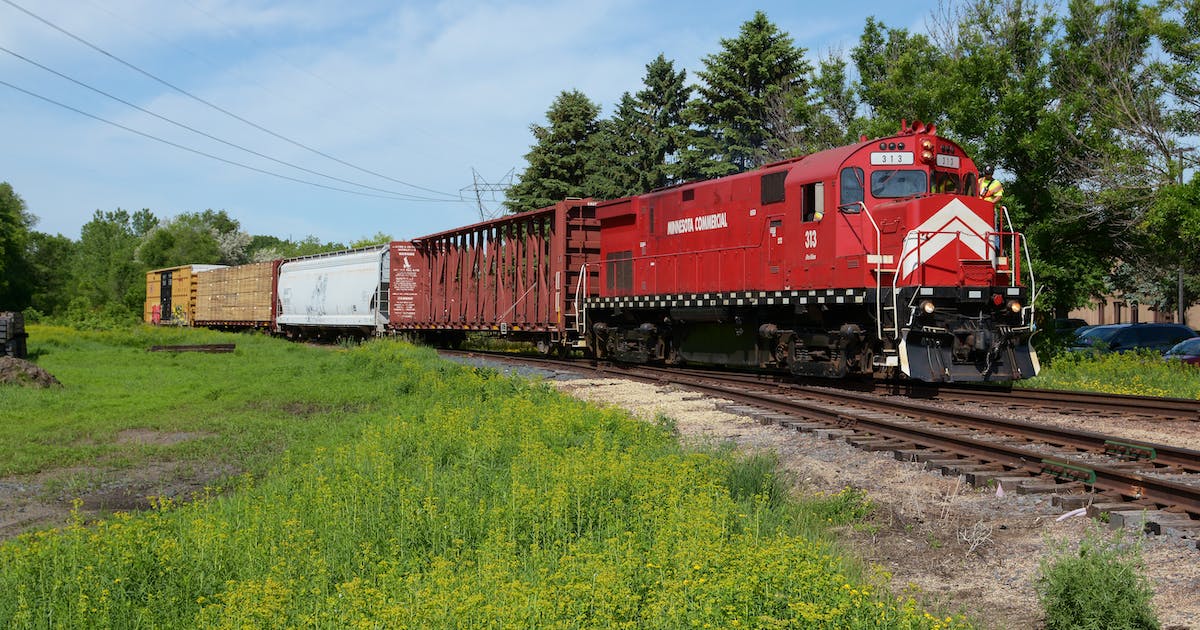 Most tracks are covered by major interstate players such as BNSF and Canadian Pacific.

However, an association of 15 short-line railroads, each with less than $35 million in revenue, cover tracks ranging from 2 to 25 miles.

Private railways say they pay for most of their infrastructure repairs. Since 1976, however, they’ve also received about $40 million in general state funds and bond proceeds to help with capital improvements that otherwise wouldn’t mean branch lines, putting business customers at risk. , according to the Minnesota Railroads and Department of Transportation.

Minnesota Commercial Railway in January carried out $250,000 in repairs to a deteriorated freight rail bridge on S. 31st Ave. in the Longfellow neighborhood of Minneapolis. The track serves the industrial district of Hiawatha Avenue, including the operations of General Mills, ADM, Leder Brothers, and Metro Transit.

State money covered most of the modest cost of repairs that kept millions downriver from rebuilding the bridge.

“Our repairs extended the life of the bridge by 30 years by repairing corrosion damage,” said Minnesota Commercial CEO Wayne Hall.

The bridge, built in 1913, in 2021 carried more than 5,000 wagons totaling more than half a million tons of freight. Hall said that’s the equivalent of more than 16,000 tractor-trailer truckloads “that would otherwise be moving down city streets through local neighborhoods.”

Shortline railroads are pushing this year, along with many other entities interested in a share of the state’s $9 billion surplus. The Legislative Assembly provided $13 million last year and has yet to set this year’s allocation. Regional railroads are also asking for a tax credit totaling $6.5 million a year, which would require $2 of private investment for every $1 of state money. That involves last-minute talks this week in the final weeks of the legislature.

The MnDOT and the Minnesota Regional Railroads Association estimate that deferred maintenance and urgent capital replacement needs, including heavier track and loading facilities, will require up to $250 million over the next several years.

Minnesota Commercial and the other shortline railroads cover a total of 1,300 miles of track, assuming them years ago from the major railroads that dropped them to cut costs.

Short-haul carriers claim they cannot afford the capital costs and note that they contribute less to emissions than trucks, which would be the alternative for freight. Upgrading their lanes, they say, will also save $20.4 million a year in pavement improvements that would be needed if trucks took over.

The trucking industry has its own legislative agenda.

John Hausladen, president of the Minnesota Trucking Association, said the group isn’t fighting the railroads for legislative reasons because they aren’t too competitive. The roads go everywhere and they are popular with lawmakers across the state.

“Our association isn’t looking for anything specific or fighting the rails,” Hausladen said.

Railroad attorney Sarah Erickson pointed to the potential for road damage during testimony in March before the Senate Transportation Committee about the growing list of allowances for heavier loads, from logs to sugar beats, corn, dairy and cement.

“With each exemption, the damage to Minnesota’s roads and bridges increases…as do the demands on your budget,” Erickson said.

Standard 80,000-pound trucks cover, through fuel taxes and fees, about 80% of the damage they cause to roads and bridges, Erickson said, citing a Federal Highway Commission study. If weight limits increase, truckers cover less damage, she said.

The trucking industry notes that it serves many more customers in all corners of the state, which generate billions in economic activity, than the smaller railroads.

Railways indicate the millions of economic activities they support.

Truckers are doing it too, but the industry association, while pushing for the state to spend more on roads and bridges, also wants the state to balance the budget by cutting spending, not by increasing taxes and fees.

Especially with the large surplus, the railroads and truckers are among a long list of groups explaining why state assistance to their industries benefits Minnesota’s economy.