The 10 best-selling perfumes in the world 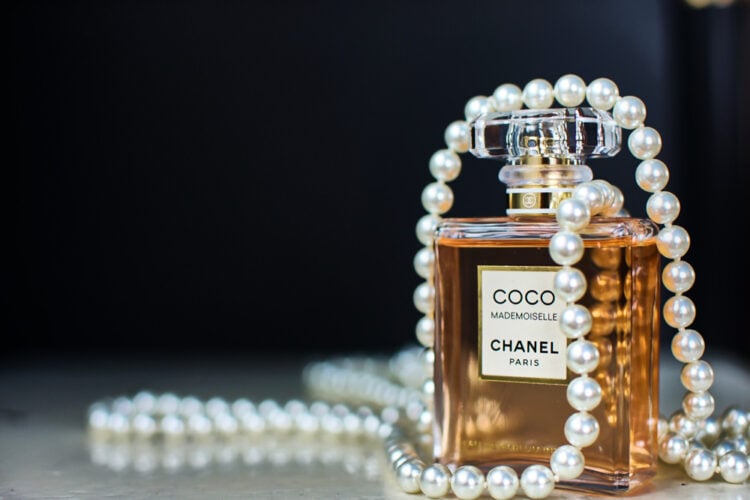 Many women wear perfume as part of their daily beauty regimen, and some have different scents for day wear, evening wear, and special occasions. Not only does it make them smell amazing, but it also makes them feel good about themselves, boosting their confidence. Scents vary greatly depending on the ingredients used and the quantities. The same perfume can smell different when worn by different people due to how the perfume reacts with the skin. A woman’s choice of perfume is personal to her, representing both her personality and her personal taste in perfumes. There are millions of perfumes made around the world, ranging from cheap bottles of mass-produced perfumes to expensive perfumes made by top brands. Sometimes a celebrity is used as a brand ambassador for a fragrance to increase sales, which makes the fragrance more appealing to potential buyers. While some fragrances barely make a dent in the market and are only available for a short time, others have sold millions of bottles and been in production for many years due to their popularity. Here are the 10 best-selling perfumes in the world.

Le Labo Santal 33 Eau de Parfum is one of the best-selling unisex fragrances. It is suitable for both men and women due to its musky, smoky and leathery blend. The fragrance was launched in 2011. Some of the female celebrities who wear this fragrance include Sophie Turner and Alexa Chung, while male fans of the fragrance include Ryan Reynolds and Justin Bieber, Grazia says.

Best known for its signature footwear, Jimmy Choo debuted in the world of fragrances in 2011 with the launch of Jimmy Choo Eau de Parfum. It is a warm, woody and exotic scent with notes of patchouli, sweet caramel and tiger orchid.

Clinique sells a wide range of fragrances, but its best-selling Eau de Parfum Clinique Aromatics Elixir. The perfume debuted in the 1970s and has remained one of the best perfumes in the world. It is a deep and strong fragrance with notes of jasmine, patchouli and oakmoss. Clinique estimates that they sell 14 bottles of this fragrance worldwide every hour.

Guerlain Eau de Toilette Shalimar is an established perfume brand that was launched in 1925 and has been loved by many generations since. In its early days, the perfume was the favorite scent of stars such as Rita Hayworth and Brigitte Bardot. It has base notes of vanilla and iris, with top notes of jasmine, rose and bergamot. Bianca Jagger and her daughter Jade Jagger said they wear this fragrance.

Chanel introduced Chanel Coco Mademoiselle Eau de Parfum into its fragrance line in 2001. It is a bold yet feminine scent with a hint of spice and sweet citrus notes. Some of the fragrance components include white musk, vanilla, jasmine, rose, orange, and patchouli. The fragrance aims to represent the different aspects of femininity, and how a woman can reinvent herself overnight.

J’adore Dior Parfum Eau de Parfum is Dior’s best-selling fragrance. Dior launched the fragrance in 1999. It was created by French perfumer Calice Baker. The fragrance has a fresh, sweet, fruity and floral aroma with top notes of magnolia, mandarin orange, bergamot, pear and melon. The base notes of the perfume include blackberry, vanilla, musk and cedar.

Daisy Eau de Toilette by Marc Jacobs was launched in 2007. It is a light and fresh fragrance that appeals to a younger population. When the company launched the fragrance, it used a sunny and carefree advertising campaign to mirror the fragrance and appeal to its target market. Substantial advertising campaigns continued to use the same theme. The fragrance comes in an iconic bottle with an oversized daisy cap, for which it has become famous.

According to Good to Know, the world’s best-selling perfume in Chanel n°5 Eau de Parfum. Considering the perfume hit the market over a century ago, it’s no surprise that it’s one of the most well-known and beloved perfumes in the world. Chanel was founded as a fashion house in 1910 and Chanel No. 5 was the first perfume produced by the fashion house in 1921. It was named because Coco Chanel received various perfume samples and she chose sample number five. The fragrance contains more than 80 components, including rose centifolia, jasmine and ylang-ylang. Over the years, various celebrities have endorsed the brand, including Marilyn Monroe in 1952, when she claimed to wear five drops of the perfume a day. It remains one of the best-selling fragrances, selling around 10 million bottles each year.