‘The criminal here is the media’: Journalists tell how ISRO spy case was concocted 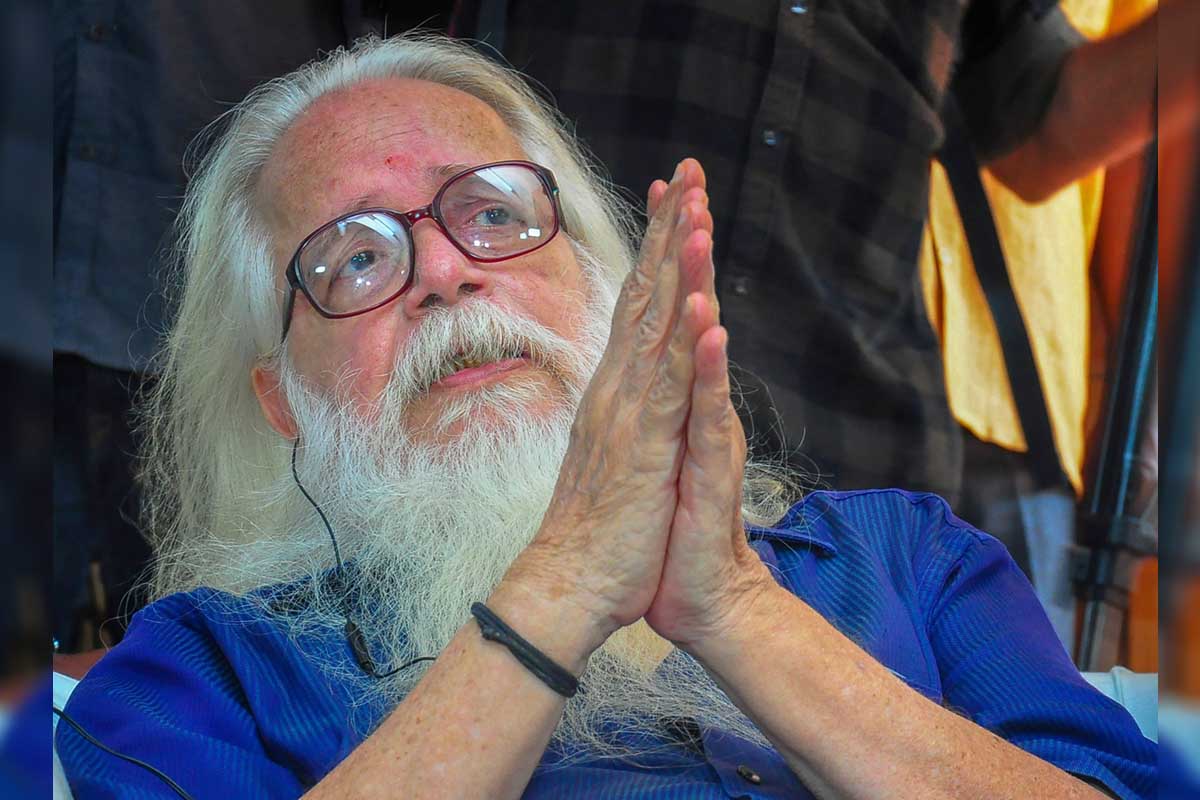 “Rocketry: The Nambi Effect,” a biopic about the life of scientist Nambi Narayanan who was falsely accused of espionage in 1994, was released on July 1. The film is directed by Madhavan, who also plays the lead role.

When Nambi Narayanan finally received a modicum of justice from the Supreme Court in September 2018 in the infamous “ISRO spy case”, two journalists recalled the media attention that then surrounded (or perhaps be begotten) the case. President of the Asian College of Journalism and founder of Asianet, Sashi Kumar, took to Facebook to share his memories of the media fracas around the ISRO spy case when it broke, and in particular, the distance traveled by the Asianet television channel in reporting the case, compared to other Malayalams. press houses.

Sashi Kumar recounted how Asianet remained steadfast and alone “in calling this huge bluff perpetrated against a gullible public in Kerala and the rest of India”, and mentioned the repercussions he faced because of it. When a Special Investigation Team (SIT) took over the case in 1996, Kerala Police tried to intimidate Sashi Kumar into filing a libel suit against him, claiming that the channel’s claim that ” the matter was malicious and fraudulent” was defamatory against Kerala. police.

According to Sashi Kumar, it was a combination of various factors – facts gleaned by the Asianet editorial team, anecdotal evidence, accounts from those in the know, gaps, inconsistencies and contradictions in the accounts given by the police to the press – which convinced him that it was a fraudulent affair.

“When the case first broke, Asianet did not yet have an official news bulletin. Thus, the channel’s view and position on this case was expressed by Babu Bhaskar and Paul Zacharia in “Pathra Vishesham” show, and by TN Gopakumar in its “Kannadi” slot. Even when we launched an official news bulletin, we continued the same approach of not blindly accepting versions put out by the police and intelligence services. The fundamental principle that guided us was that it is the duty of the free press in a democracy to be in critical opposition to the state; not to be a mouthpiece or a propaganda arm of state,” he said in an email interview with TNM.

And the defamation case filed against him has not been a deterrent to their coverage of the case. “There was an attempt to muzzle us with a libel suit and the chilling effect police say could have on the channel. However, none of us were personally threatened or intimidated. Although, of course, there was a sense of concern and concern among the police personnel involved, that we were quite open and demonstrative about their dislike of us and the trouble and embarrassment that the chain was causing them.

Sashi Kumar also recounts asking for early bail and how senior reporter and then full-time consultant for Asianet, Paul Zacharia, vouched for his bail.

“Nevertheless, Asianet continued to poke holes in briefing materials and information concealed by the police and some intelligence agencies,” Sashi Kumar adds.

The Supreme Court has finally, after what must seem almost a long, agonizing legal battle for Nambi Narayanan,…

According to veteran writer and journalist Paul Zacharia, who spoke to TNM, the ISRO case was one of the most sordid stories of a nexus between politics, the media and the police, and the horrific acts of the Indian media.

Asked about Asianet’s unique position in reporting the issue in 1994, he said: “It was impossible to work in the media at the time and not realize that this was a fraudulent affair, and that other news outlets could hardly claim they were unaware of the facts. an apology for their reporting.

He says almost every other Malayalam news agency has deliberately fabricated lies around this case, even warning journalists for not submitting enough “fairy tales” around this story per day. It also highlights how the involvement of two beautiful women, who misunderstood complex technology, ISRO and politics, converged in this fraudulent affair to create the kind of story that many media houses could pull off for months. of traction.

He says: “The whole story started with a 3 centimeter article in the official Communist Party newspaper, about the arrest of a Maldivian woman, Mariam Rashida, for having overstayed her visa by a few days. Then another media house, Mangalam, picked up the story and began connecting the arrested woman with various businessmen and scientists. This strategy has proven successful for Mangalam in terms of creating buzz around a (non-existent) story.

Soon other media houses, such as Malayala Manorama and then Mathrubhumi, picked it up as well, until it snowballed into a quasi-James Bond thriller of sex, politics, misunderstood science technology, of corruption and espionage that no media house could ignore.

Zacharia points out that politicians began to see history as an opportune moment to draw their own conclusion soon enough, and piled in to facilitate the ousting of Kerala Chief Minister K Karunakaran in favor of AK Antony. Zacharia adds that without the media fabrication of the story, politicians would have had no material to work with.

“Essentially the criminal here is the media itself. If the media hadn’t built it, politicians couldn’t have leveraged it effectively,” he says.

He also points out that despite ruining the lives and careers of scientists, businessmen, politicians and others involved in this affair, not a single media outlet has apologized for its contrary coverage. ethical and fabricated of the case so far.

To note: This article was first published on September 16, 2018.