The forgotten but important manager in ECW history 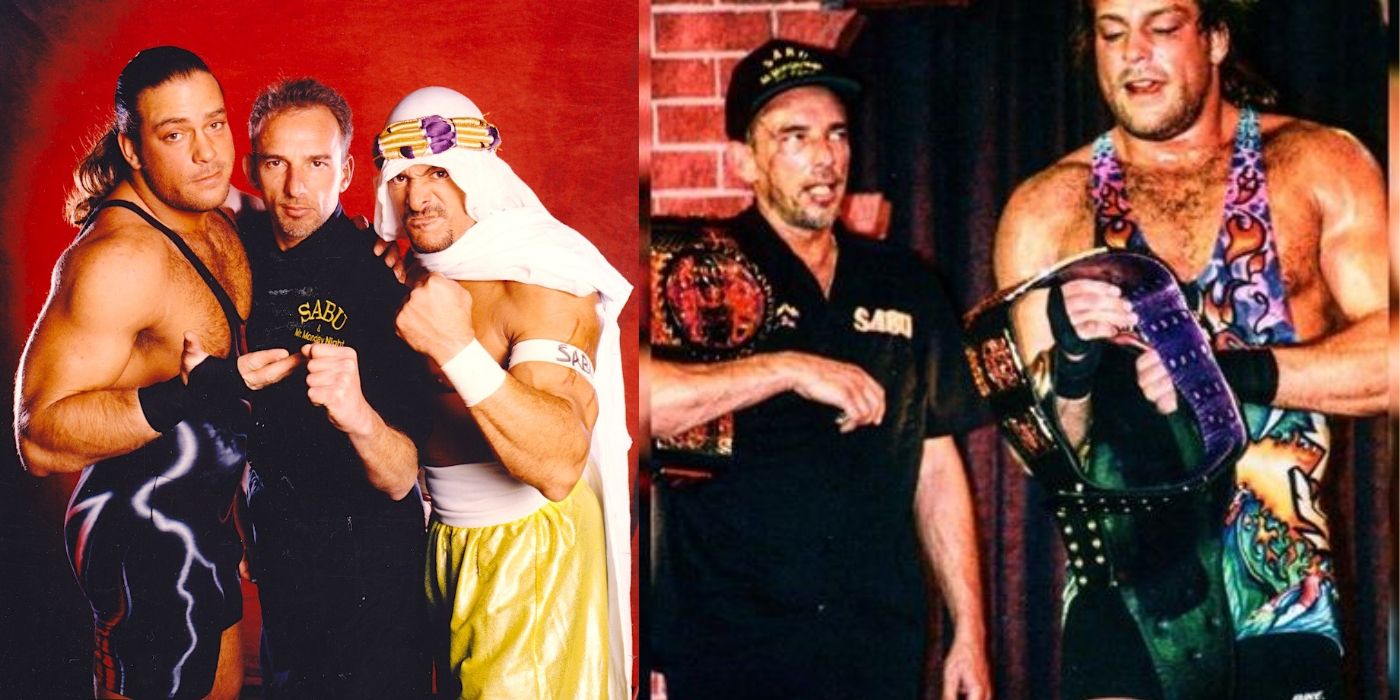 Best known for his work in Extreme Championship Wrestling, the Northeast-based wrestling promotion led by Paul Heyman, Bill Alfonso’s place in wrestling history will forever be tied to the promotion. Connected to a number of talents throughout the company’s history, Alfonso would play key roles in the careers of Sabu, Rob Van Dam and Taz, his partnership with RVD being the most notable, as while working together , Van Dam would become the longest reigning ECW World Television Champion. Although he stood out in ECW, Alfonso also worked in WCW, WWE and TNA Impact Wrestling throughout his wrestling career.

Bill Alfonso was a WWE referee, even working on WrestleMania 9

While most wrestling fans might remember Bill Alfonso for his work in Paul Heyman’s ECW promotion, the truth is, the man was in wrestling long before that. Beginning his career as a referee, Alfonso began as a professional wrestling referee at just 21 years old. Some of his notable matches included officiating a chain match between Terry Funk and The Sheik, and Ric Flair vs. Starrcade’s Harley Race.

Over the next few years, Alfonso would work in a number of promotions, including stints in both WCW and WWE, meaning he would have worked in every major wrestling promotion at the time. While working in WWE, Alfonso’s biggest match he refereed would be a WrestleMania match between The Undertaker and Giant Gonzalez at WrestleMania 9.

RELATED: 10 WCW Wrestlers Who Surprisingly Wrestled In A Match

In ECW, Bill Alfonso became one of wrestling’s most popular managers

After his release from WWE as a referee, Alfonso made his Extreme Championship Wrestling debut in May 1995 at Enter the Sandman, again working as a referee. Although most may remember him for his work as a manager, his early days in ECW saw Alfonso act as a very strict referee who enforced the rules and handed out rare disqualifications to wrestlers for using steel chairs. as weapons or anything “extreme” in nature. During this period, Alfonso would also wrestle a few matches, although they weren’t the most memorable side of his run.

Later in his run with the company, his duties as a referee would be taken away from the man before he assumed the role of manager of Taz, helping him develop his famous ECW winning streak that would last more than a year. During a feud with Sabu, Alfonso would turn against Taz aligning himself with his bitter rival in a shocking twist. In this new role, Alfonso did more than just serve as an in-ring manager, as outside of the ring he also managed Sabu’s personal finances. Arguably the most famous part of his time with ECW would come in the form of Alfonso’s partnership with Rob Van Dam, which he would lead to the longest ECW World Television Championship reign in ECW history. the ECW. For his work as manager of Rob Van DamAlfonso would win Pro Wrestling Illustrated’s Best Manager award in 1997.

After ECW ended, Bill Alfonso would take his talents to the independent scene for a few years. In 2005, when WWE held its ECW One Night Stand event, Alfonso returned to the fold, managing Sabu on the show and also appearing with Rob Van Dam. The next year, Alfonso will again participate in ECW One Night Stand 2006 after Rob Van Dam won the WWE Championship, joining in the celebration with RVD and the rest of the ECW roster close at hand.

Alfonso will never appear for WWE or the ECW brand again. In 2010, however, Bill Alfonso would make his very first appearance in Total Nonstop Action Wrestling. Appearing for this company’s ECW reunion showcalled Hardcore Justice, a show that Impact still airs every year, Alfonso would manage both Rob Van Dam and Sabu in their match against each other. After Hardcore Justice, a number of ECW wrestlers would become known as Extreme Version 2.0, otherwise known as EV 2.0, with Alfonso managing them. This group would be attacked by Ric Flair’s Fortune faction including Kazarian, AJ Styles and Robert Roode. With Alfonso standing with EV 2.0, it would be the last time in his career that the famed referee-turned-manager would appear on a major wrestling stage.