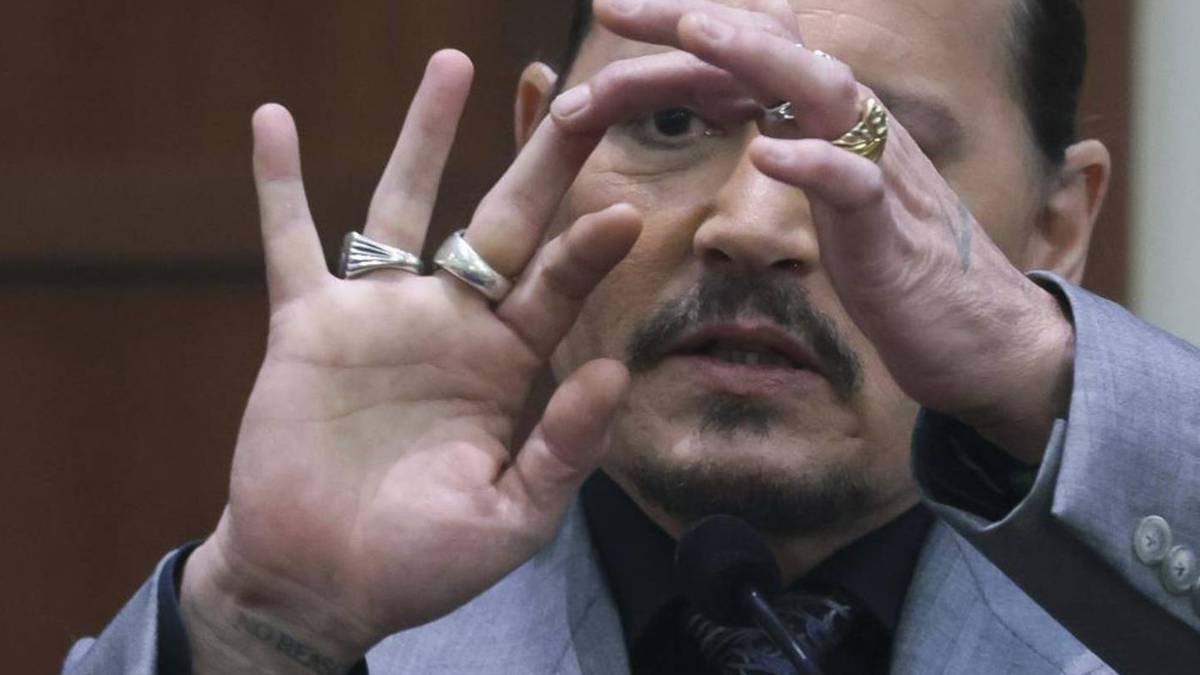 Actor Johnny Depp displays the injured middle finger of his hand while he and his ex-wife Amber Heard were in Australia in 2015. Photo/AP

A household manager for Johnny Depp and Amber Heard while in Australia in 2015 testified to finding the actor’s severed finger.

British staff member Ben King has opened up about the infamous incident when he was called as a witness in the actor’s libel suit against his ex-wife.

King claimed he arrived at the Gold Coast resort on the afternoon of March 8, 2015, where he could hear “hysterical sobs” from Heard.

He said Depp’s personal physician, David Kipper, was “rummaging through a trash can” in the kitchen looking for Depp’s fingertip.

The house manager said he quickly found the fingertip “directly under the bar”, where he noticed a paper towel with “lots of blood around it” on the floor.

He told the court in Virginia, US, there were ‘puddles of what smelled like alcohol’, as well as broken glasses and bottles, around the fingertip he picked up with paper and put in a plastic bag before giving them to Dr. Kipper and Depp’s head of security, Jerry Judge.

“[They] wanted to get him to the hospital quickly to see if he could be put back in place,” King said.

He also painted a picture of extensive property damage after the couple’s explosive argument, saying repairs cost more than $50,000.

King testified that a “large piece had been removed from the marble staircase”, there was a “collapsed” ping pong table, “remnants of a coffee cup were embedded” in a wall-mounted television and that the walls around the room had also been damaged.

Afterwards, it was suggested that Heard return to Los Angeles while Depp undergoes treatment, with King volunteering to accompany the Aquaman actress on the flight.

They left the following day, March 9, with King testifying that Heard had no visible injuries despite her claims that Depp had been physically assaulted during their argument.

King also revealed a conversation he had with Heard during the flight, in which the actress asked if he “ever got so mad at someone that you lost it with him.”

He said she was “in disbelief” when he said “No” and they stopped communicating.

Towards the end of the flight, Mr King said he noticed “long” and “very even” marks on Heard’s forearm.

King said that after they later returned to Australia, where Depp was filming the fifth Pirates of the Caribbean movie, he witnessed several more arguments between the two, in which Depp would try to leave the room when the “provocation” happened.

King, who said he was often in the same neighborhood as the duo, said Heard spoke to Depp “angrily” and that she acted like a “spoiled teenager.”

The five-week trial began on April 11 and Heard, 36, is expected to testify in the coming days.

Depp, 58, is suing Heard for $70 million, claiming she defamed him in a 2018 Washington Post opinion piece in which she claimed she was a survivor of domestic and sexual violence.

Although she didn’t name Depp in the play, it was widely assumed the story was about him, and he later lost his roles in Pirates and Fantastic Beasts.