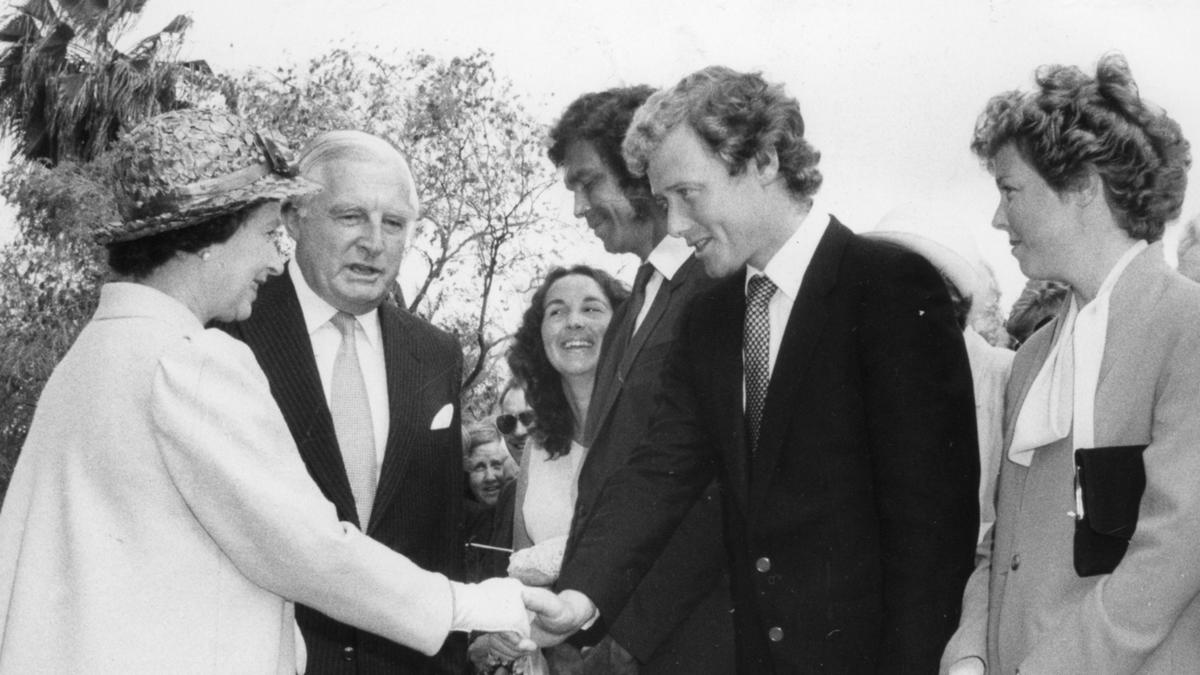 Such was Queen Elizabeth II’s emotional magnetism, she even put stars in the eyes of stars who met her.

And WA footballing great Stephen Michael will always cherish the moment he and then Australian cricket captain Kim Hughes were presented to Her Majesty by the Prime Minister of the day, Sir Charles Court, at Government House in 1981.

“It was something extraordinary, really, because people like that that you don’t meet every day…you dream about it, but you don’t think it’s ever going to happen to you,” Michael told The West. Australian on Friday after learning of the Queen’s passing.

“For a boy from Kojonup to go to the big city to meet the queen of the world was just amazing and I didn’t know what to do. I actually closed my eyes out of courtesy to her.

“There are two great women in the world – one is your mother and the other is the queen.”

Michael said the selflessness he felt from the Queen at that meeting set him a personal standard for the rest of his life in giving people time with him when he was wanted. .

“Five minutes might be nothing to you, but it might mean the world to another person,” he said.

For Hughes, it was the second time in three months that he had met the Queen.

But he remembered the previous occasion, at Lord’s Cricket Ground in London during the second Ashes Test of 1981, for less pleasant reasons after forgetting the name of wicketkeeper Steve Rixon while introducing her to the team.

“It was one of my biggest things,” recalls Hughes.

“We were meeting her at tea time and I was so nervous with the buzz and the excitement. I thought I was going to sweat and whatever you do, don’t touch her arm, don’t do this, don’t don’t do that, is it Her Majesty or Your Majesty… I was in a knot.

“I started well, but as I was tense, I couldn’t remember Steve’s name and he had to introduce himself. When she was done, she must have thought, ‘Well, convicts haven’t gotten much better in the last 200 years.’

“When I met her again at Government House, I just hoped she wouldn’t remember me for the stuff I did at Lord’s.”

Hughes said he had always been a strong supporter of the Queen to the point that whenever he saw her on television he stood up and greeted her as a sign of respect.

“In the spotlight everywhere for 70 years, she has never, ever done anything untoward or beyond pale. She has just been amazing with her selfless service to her country and the Commonwealth. She has been inspiring.

The Queen also visited Perth’s Clontarf Foundation during a visit to Perth in 2011 for the Commonwealth Heads of Government Meeting, where she chatted with the establishment’s chairman and famous WA sports star, Gerard Neesham .

On Friday, the inaugural Fremantle Dockers coach recalled the moment she deftly handled a Burley football with her white gloves and accepted a pot of freshly made kangaroo tail soup from a student, like a light brilliant in his life.

“It was an amazing experience to meet someone who has been such an incredible human being,” Neesham said.

“She was a very interesting woman, very interested in what we were doing, why we were doing it and how it worked, and other things about Australia. It was wonderful to meet someone so kind and exceptional and I know the boys and other staff felt very privileged to have met her.

Neesham said the Queen had been a role model he wanted more people to follow.

“She maintained such a keel even despite everything she did when she became queen at such a young age,” he said.

“She became queen in 1954, the year I was born, so I’ve known her from the beginning of my memories and she’s just an amazing human. The whole planet would be better off if we could be like her and I think that everyone is so moved by her death because of the way she behaved throughout the journey.

Other notable WA sports figures who have met the Queen include cricketer great Adam Gilchrist and superstar jockey Damien Oliver. The Queen had a keen passion and love for the sport of horse racing.

On Saturday, in a special 32-page commemorative extract, The West Australian pays tribute to the extraordinary life of Her Majesty Queen Elizabeth II. We celebrate his life, from his early childhood and his ascension to the throne, to life with his beloved Prince Phillip and his family. Don’t miss this special edition of The West Australian on Saturday.