To be and to appear unethical, a manual for mediocre politicians (in Argentina and elsewhere) 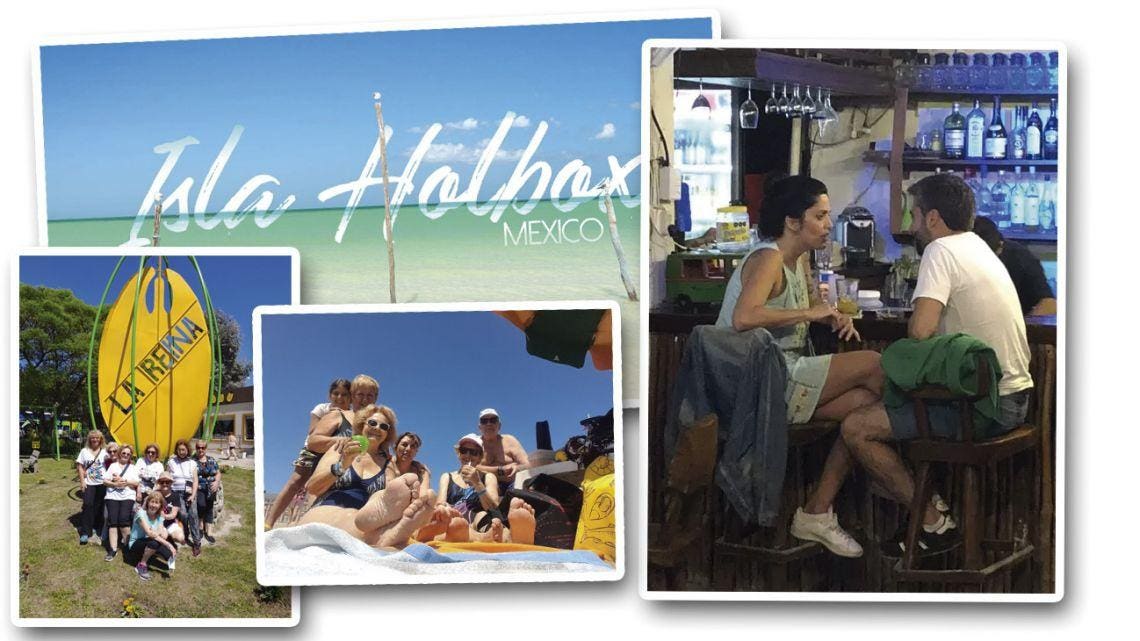 The heat wave that hit the southern hemisphere and Argentina with particular virulence a few weeks ago appears to have fried the circuits more than the systems controlling the energy network of the metropolitan area of ​​Buenos Aires, leaving hundreds of thousands of people without electricity amid record high temperatures. It’s as if most of the political players in the country are so exhausted that they can only focus on the immediate present, leading almost all of them to hypocritical or even idiotic positions on issues such as the deplorable state of the network, negotiations with the International Monetary Fund, inflation, and even the unexpectedly released the executive director and her second-in-command’s overseas vacation at the PAMI retirement agency in beautiful Holbox, Mexico’s Yucatán Peninsula.

Argentina, of course, remains marred by a socio-political-economic crisis with no apparent end in sight. The recent opposition victory in the mid-term elections seemed to provide a very short-lived breath of fresh air, suggesting that the two main coalitions would tend towards a moderation that would allow agreements to be reached on key issues, including, for example, the necessary (but insufficient) agreement with the IMF. Economy Minister Martín Guzmán was appointed specifically for this reason and seems to have toyed with the idea of ​​striking a quick deal, but always seems to find a reason to push it back. We can see the finish line, but we are not sure we will arrive in time to avoid default.

Ultimately, some sort of ideological battle was being played out between President Alberto Fernández and Vice President Cristina Fernández de Kirchner, with Guzmán caught in the middle like a child watching his parents fight in the kitchen. Still, with the defeat of the ruling Frente de Todos coalition mid-term but marking a decent comeback in the province of Buenos Aires, Cristina is said to have given her blessing for a deal. Immediately we witnessed a showdown in Congress over the budget that led the opposition coalition, Juntos por el Cambio, to leave the session and later reject a political invitation to participate in a presentation event by Guzmán on the negotiations. Political miscalculations on both sides mean it looks increasingly unlikely that Juntos, supposedly led by Buenos Aires City Mayor Horacio Rodríguez Larreta but currently in the midst of factional trench warfare internal, provides support. It was interesting to see several economists and commentators criticizing Guzmán and Fernández for failing to reach an agreement with the IMF several weeks ago, almost suggesting that the Fund’s austerity plans will work this time around. The Fund has a long history of making matters worse with unrealistic economic plans that end up helping private creditors out. Look at the deal they signed with Mauricio Macri!

Arguably, Argentina’s biggest economic problem is inflation (most major macroeconomic imbalances are interconnected), and we finally got the last reading of 2021: 3.8% in December and 50.9% cumulative for the year. Horrible whichever way you look at it. President Fernández celebrated that it was lower than last December’s rate. Oops Doo! Former Buenos Aires provincial governor María Eugenia Vidal went wild on Twitter, accusing the government of not being able to bring inflation below 50% while driving the sovereign into debt at a faster rate. faster than Macri and Fernández de Kirchner. Eh? Her selective amnesia was captured by ruling coalition MP Leandro Santoro, who reminded Vidal that the ruling coalition she was part of saw 53% inflation in her last year in office (2019), after running to the IMF to be bailed out with the largest emergency loan in history, which in turn helped fuel capital flight. Welcome back my friend! Let’s hope he remembers the ruinous last term of a certain Mrs. Cristina Fernández de Kirchner who left a bankrupt nation with no reserves in the Central Bank, a budget deficit estimated at around five percent, excluded from international debt markets and with a huge increase in intra-public debt, a manipulated statistics agency and currency controls artificially masking inflation, and a mountain of energy subsidies, among other things.

Which brings us to the recent blackouts. With some of the hottest temperatures on record, Argentina’s power grid was unable to keep up with demand, leading to massive power cuts a few weeks ago, especially in the city and the province of Buenos Aires. The main suspects are the utility companies responsible for electricity distribution, namely Edesur (owned by Italian energy giant Enel) and Edenor (recently acquired by Daniel Vila, José Luis Manzano and Mauricio Filiberti), but also the national government and a story that goes at least 20 years ago that Kirchner administrations increased energy subsidies to win over the middle class. The Macri administration, through then-Energy Minister Juan José Aranguren, sought to address the problem by cutting subsidies and increasing tariffs, but ended up alienating the middle class which has seen the price of electricity skyrocket. They ended up freezing rates when the peso fell, a policy that has been extended by this government. According to journalist Roberto Bellato, writing in EconoJournalthe government’s tactical errors put it in a position of lack of fuel supply and installed capacity to deal with an expected situation given the incompetence of the undersecretary of electrical energy Federico Basualdo, a Kirchnerian pure and hard.

Another hardcore Kirchnerite is Luana Volnovich, director of the PAMI health agency, as is her partner Martín Rodríguez, the deputy director of the same organization. Volnovich found herself in the eye of the storm when a video of her and Martínez hanging out at a tiki bar in Holbox made the rounds on social media. Volnovich, whose last social media post at the time spoke of her delight at seeing retiree Yolanda and her friends hanging out at the Colón hot springs (nice!), has been a longtime civil servant who belongs to a government which banned the use of installments to buy plane tickets abroad in order to save on scarce foreign exchange reserves (a resource of the middle class). While everyone should be free to vacation where they want, Volnovich and Rodríguez’s romantic trip to the state of Quintana Roo couldn’t have come at a worse time, with an increase in Covid-19 cases due to Omicron at At the time, a violent heat wave, a crumbling economy, and a crisis for many retirees with a minimum income of almost 30,000 pesos, nearly 19 times less than the amount Volnovich earns working for the state. His problem was one of form or aesthetics, if you will, but in opposition they jumped at the chance to pounce, demanding his resignation while forgetting that their political leader, Macri, took 1,426 days vacation while in office (perhaps an exaggeration, but doesn’t feel like it). I don’t know which one looks worse.

All of these circumstances remind us of how mediocre our political leaders truly are. Every debate is about winning an immediate battle on Twitter over whether the Peronists or their antagonists are worse. There never seem to be any serious political proposals, or even attempts at bipartisan agreement on structural issues that would help move Argentina forward. Instead, they all seem to be holding their cards until we’re closer to 2023.

This room was originally published in the Buenos Aires timeArgentina’s only English-language newspaper.