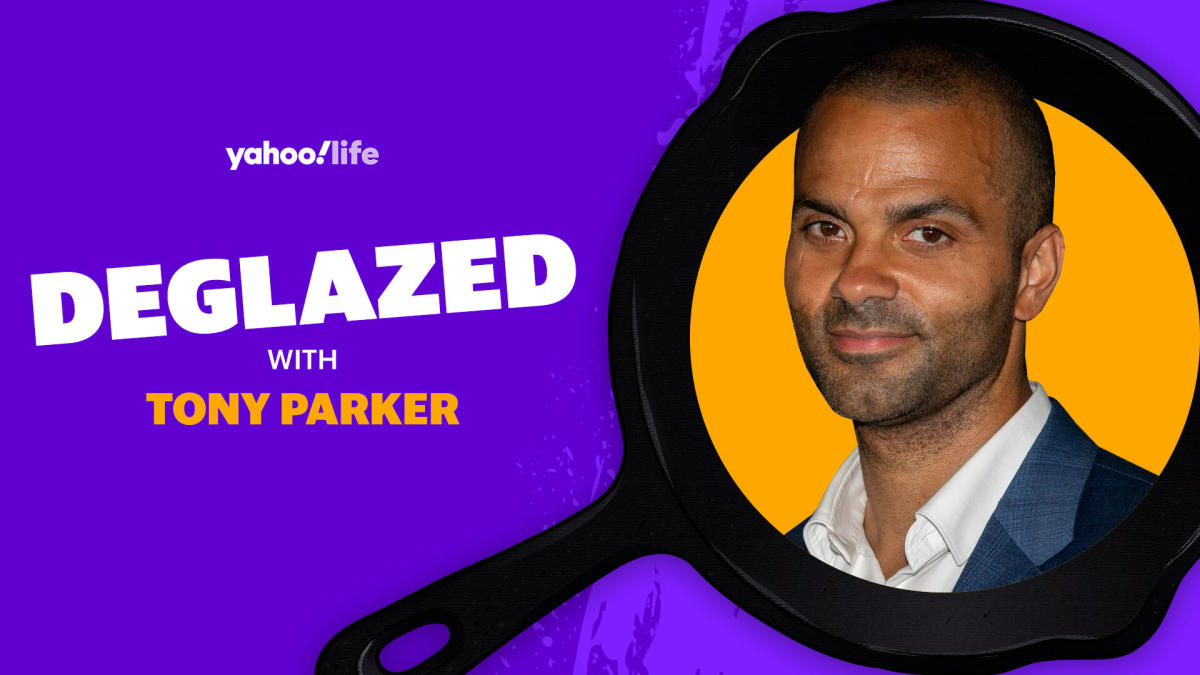 While Tony Parker is best known as an NBA legend who led the San Antonio Spurs to four championships, this MVP is also a foodie with a passion for French cheese and the art of winemaking.

“When I was a kid, I used to go to the market to sell cheese with my mother,” he told Yahoo Life. “We used to go there in the morning. I got up early and it was my way of making a quick buck.”

“We used to go to these markets in France – where you go out on the street and they set up the market,” he continues. “I would explain the cheeses and I would sell [them]. I was about 10 or 11.”

Parker says these experiences, along with his upbringing in France, shaped not only his love of food, but also the passion he feels for French cuisine. “It’s something we are very proud of in our country,” he explains, “food and wine.”

As a young boy, great food was all around him, so when Parker moved to the United States to play basketball, he missed some of the French flavors he grew up with. However, he found restaurants that lived up to his expectations for delicious food. A favorite was located in San Antonio, Texas, and he often visited while playing for the Spurs.

“A big thank you to San Antonio, where I’ve spent the last twenty years: Fralo’s, has one of the best pizzas in the United States,” he says. “It’s my favorite place because they make it with a special oven imported from Italy. I love these pizzas.”

“I had to call Italy to get one of these ovens for my house,” he adds. “I added it to my house so my chef could do it too.”

Parker often asks his personal chefs to recreate his favorite restaurant dishes at home. “I had a personal chef when I was in San Antonio, he stayed with me for fourteen years,” he says. “And then when I decided to come back to France, now I’ve been a chef for two years in France. I had a [personal] cook for 16 years.”

What’s it like to have a personal chef? “It’s like eating out,” Parker explains. “Every restaurant I like, I always send my chef to go and learn all the recipes — learn everything — so he can make them at home.”

Having a private chef might be something you’d expect of a superstar baller, but Parker’s diet isn’t just about pizza and French cheese.

“[People think athletes are] on a diet all the time,” he says. “It’s not true: I’ve never dieted in my entire career. I think it’s about managing portions and how you eat. You can eat anything, just be reasonable.”

And it’s not just with food that Parker conveys this “everything in moderation” mindset: it also goes for another of his great loves: wine. Even before becoming one of the owners of the French wine estate Château La Mascaronne, sharing wine was always a way for Parker to spend time with friends and family.

“You have to be careful with that, you can’t abuse it,” he says. “I like a drink or two – my doctor has always said it’s good for my heart, red wine. As long as you don’t overdo it, you should be fine.”

“I like to pair it with cheese,” he says. “It’s the best time, a good drink [of wine] and cheese”

The 40-year-old athlete has been passionate about great French wines for more than half his life now.

“I’ve always loved wine,” he says. “I grew up with it – it’s in my culture – and it’s funny to see because when I came into professional sports they were all drinking beer. Beer was the number one thing.”

“When I was 17, I was exposed to wine and really enjoyed it,” Parker recalls. “So when I was 19 and came to play for Spurs, my manager loved wine. He had a huge collection – had tons of bottles – I was very lucky he told me. takes you to all the good restaurants and opens some really good bottles.”

During his time in San Antonio, Parker hosted a host of incredible events for friends and family centered around sharing food, wine, culture and good company. “I love sharing stories – experience – because, to me, it’s wine.” he explains. “Wine is about sharing and talking about everything. We like to have long dinners in France – to stay at the table for a long time – tasting our wine.”

Parker, who chatted with Yahoo Life on behalf of his work with Château La Mascaronne, says he always wanted to break into the wine industry, but was waiting for the perfect opportunity.

Once retired, Parker bonded with a former colleague, Michel Reybier, former owner of the French basketball team, ASVEL, which Parker bought in 2014.

“Knowing Michel, an opportunity arose when he bought La Mascaronne — the rosé — last year and asked me to join [with him]”, says Parker. “For me, it was an incredible opportunity because it’s very difficult to get into this sector, especially good businesses – they belong to different generations and generations of families, so it is very difficult.”

Just as important as sharing wine with the world, Parker finds ways to share his passion for food with his two sons, Josh and Liam. “I share with them my love for cheese,” he says. “I tell them where it came from and what I learned. I try to pass it on to them and I hope they like it too. I think it’s my job as a parent to share that passion and how I grew up.”

Want to get lifestyle and wellness news delivered to your inbox? Register here to Yahoo Life Newsletter.