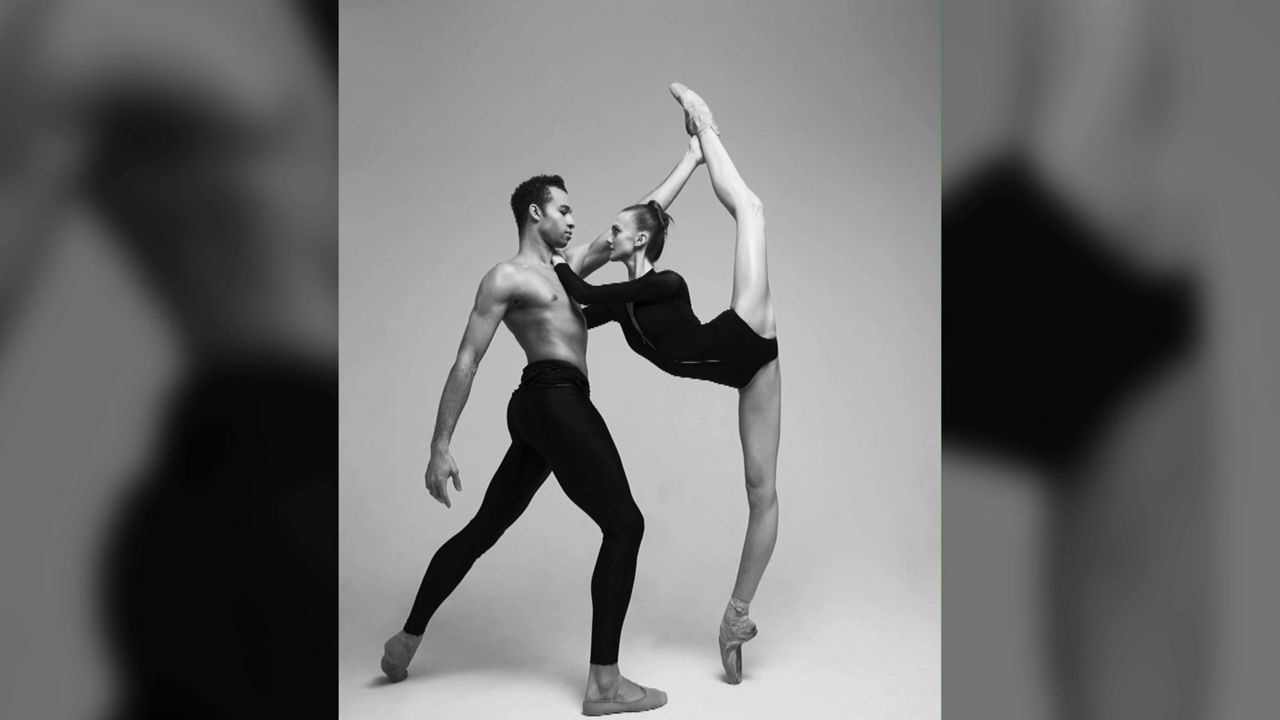 The beauty and grace of their movements are a counterpoint to the frenetic and frightening journey that brought ballet dancers Adrian Mitchell and Andrea Lassakova from Russia to New York.

“We can’t take any flights. And we had this dog, you know, so it was more difficult and we couldn’t take a bus because they didn’t allow dogs. We couldn’t take the train because after COVID only Russians and Finns were allowed to take this train,” Andrea Lassakova said.

What do you want to know

These two elite dancers, one from Los Angeles and the other from Slovakia, have spent the past seven years dancing with the Mikhailovsky Ballet in St. Petersburg. But with both of their families urging them to leave before the war, they began to plan their departure.

Yet the invasion caught them off guard. Their flight to Budapest was cancelled, leaving them frantic.

“So we were forced to order a taxi to the Estonian border and walk across the border,” Lassakova said.

But they were arrested on the Russian side and Mitchell was questioned alone.

“We were at passport control and an undercover secret police officer, known as the FSB, saw the passports, he asked where these passports were from and the woman said ‘one from Slovakia, one from ‘America’. And he told me to send the American to me,” Adrian Mitchell said.

The questioning was intense: “Why I was leaving Russia. What motivated my decision? If I didn’t like Russis, if I didn’t like my job in Russia,” Mitchell said of those scary times.

Mitchel pretended he didn’t speak Russian well, hoping the police would give up.

“I mostly paid attention. I had texted my mom in the car. And I removed a lot of text if it was something that could be, you know, even perceived as anti-Russian,” Mitchell said.

The scariest part, they agree, was simply not knowing what might happen.

“That we couldn’t leave. No plane, no train, no bus. When we picked up this car, like we weren’t 100% sure. People said other people had done it, but there was no proof,” Lassakova said.

After finally being able to cross the border, they traveled through seven countries and arrived in New York on March 22. Shortly after, they were asked to perform Barber’s Adaggio at a fundraising gala for Ukraine.

“For what we are dancing for, it will be incredibly soothing and cathartic for us to give our all to this extremely beautiful and moving pas de deux,” Mitchell said.

Mitchell studied in New York before going to Russia to attend the same school as legends George Balanchine, Rudolph Nureyev and Mikhail Baryshnikov. And they all defected to the United States.

“And now we have almost like new defectors like we have with Baryshnikov and Nuriyev and Balanchine, you know, leaving Russia because of what’s going on and almost a new iron curtain that has kind of fallen over the country “Mitchell said.

As he and Lassakova rehearse in a Midtown dance space, Mitchell sees a strong similarity to the 1985 film White Nights, starring Baryshnikov and Gregory Hines as two dancers trying to flee Russia.

And like in the movie, Mitchell and Lassakova say they couldn’t have done it alone. And they know they can’t come back. But the couple are happy to be here, where the dance community has embraced them and where they can give back too.

The couple will perform Saturday night, April 9, at Florence Gould Hall on East 59th Street with a roster of dance virtuosos to raise money for Ukraine. For more details, visit iheartdancenyc.com.