UAE company law: When the director of an LLC can be held financially and criminally liable 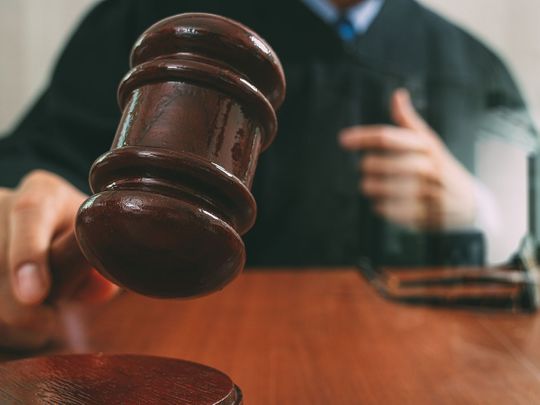 Dubai: Few know that directors and managers of limited liability companies (LLCs) can be held personally liable for their wrongdoings. Indeed, the general rule is that SARLs are legal persons personally exonerating shareholders and managers from any liability related to the company. However, in some cases, such as the one illustrated below, the manager’s failure may be so serious that he could incur personal liability, whether civil, criminal or both.

A recent landmark judgment by the Dubai Court of Appeal involved a person who owned one company while also being a manager of another company. He associated the business he owned commercially with the one he managed, resulting in profits for his own business and losses of hundreds of millions of dirhams for the business he ran. He also attempted to cover his tracks by providing shareholders with inaccurate financial statements, seeking to be released from liability for the fiscal year in which the breach occurred.

A few shareholders suspected something was wrong. Thus, they abstained from approving the manager’s request during the general meeting to reduce capital and approve the accounts. They wanted to escalate the case, and the law says that shareholders can only do so if they hold at least five percent of the company’s total shares. So, they filed a complaint with the UAE Securities and Commodities Authority (SAC), asking for a temporary freeze on the board’s resolution, until the litigation is initiated.

The request was rejected because the percentage stated in the complaint was less than five percent of the capital. The suspicious shareholders were not put off by this and sued anyway. The Dubai Magistrate’s Court considered the case but unfortunately ended up passing the board’s resolution.

The general rule is that SARLs are legal persons personally exonerating shareholders and managers from any liability related to the company. However, in some cases, … the manager’s failure may be so serious that he could engage his personal liability, whether civil, criminal or both.

The Court of Appeal finds the manager liable

The shareholders did not give up and appealed the verdict. The Court of Appeal delegated an expert who carefully examined all the documents and ended up pointing the finger at the serious responsibility of the manager, who was not satisfied with the result. He opposed it in court, which responded by delegating a trilateral committee of experts to look into the case further. The committee concluded that the manager had committed serious offences, by which he had violated the Law on Commercial Companies (Federal Decree-Law No. 32 of 2021), which invalidated any resolution issued in violation of the law or the articles of association. Company (AoA) or Memorandum of Understanding. Association (MoA), or issued in favor of certain shareholders, or to bring private benefit to the parties concerned or to other parties, without regard to the benefit of the company. Thus, the court ruled that the resolution of the Council was annulled, with all its consequences.

Simultaneously, the SAC received a report from the board, which turned out to be suspicious. Therefore, the SAC referred the case to the District Attorney to investigate the criminal aspect.

When can a manager be held criminally liable?

Officer liability extends beyond civil liability to include criminal liability in some cases. The UAE Business Companies Law explains in detail the criminal liability of a company director. These criminal offenses include:
1. Provide false statements or statements that violate the law.
2. Overvaluing in-kind contributions.
3. Distribute dividends or interest in violation of the law.
4. Concealment of the real financial situation of the company.
5. Intentionally refraining from providing documents or information to official inspectors, after a company has been sanctioned by the Ministry of Economy.
6. Issuance of Securities in Violation of Law.
7. Disclosure of Company Secrets.
8. Influencing security prices.

The crimes listed above carry penalties ranging from three months to three years in prison and heavy fines, which – in some cases such as influencing securities prices – can reach 10 million dirhams.

This type of financial crime is also called “white-collar crime”, and the penalties provided for in the aforementioned law do not affect other more severe penalties involving the same fact, provided for in a different law, such as the penal code for example. . The leader’s crime could also amount to money laundering.

A white collar crime can sometimes overlap with other separate but related financial crimes, such as:

a) Corporate crime: These are offenses committed either by a corporation (i.e. a business entity with a separate legal personality from the persons carrying on its business) or by individuals acting on behalf of a corporation or other business entities.
b) Organized crime: Criminals can set up corporations either for the very purpose of their crime or as a means of laundering the proceeds of crime.

Providing false statements is one of the most common and serious crimes committed by a manager. The seriousness of this crime does not emanate from the act of obscuring facts, however immoral, but from the fact that such an act is generally used to cover up deeper corruption and illegal operations in the company. , which may have elements of other separate crimes. punishable by law. These include theft, counterfeiting, and any other scenario that results in an imbalance in the company’s financial statements, leading an executive to provide false statements to mask these illegal activities. Accomplices in such a crime are also punished by law. For example, financial controllers and auditors who knowingly audit and approve false statements.

Therefore, the liability of an officer can be twofold, both civil and criminal. Additionally, an executive’s wrongdoing can impact shareholders even if the crime results in an increase in corporate assets, as these crimes can overlap with corporate crime in many cases, opening up pave the way for damages claims against the company.