UN: Access to a clean and healthy environment is universal for people… 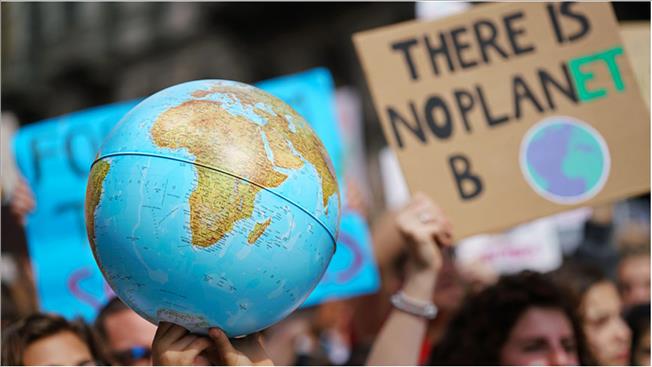 In a landmark resolution, the UN declared access to a clean and healthy environment a universal human right. Here’s everything you need to know.

The United Nations General Assembly has adopted a new resolution affirming that every human being has the right to access to a clean, healthy and sustainable environment.

It also recognizes that the impact of climate change, unsustainable management and use of natural resources, pollution of air, land and water, mismanagement of chemicals and waste, and resulting biodiversity loss interferes with the enjoyment of this right – and that environmental damage has direct and indirect negative implications for the effective enjoyment of all human rights.

The final vote count was 161 in favor of the resolution, with eight countries abstaining from voting: China, the Russian Federation, Belarus, Cambodia, Iran, Syria, Kyrgyzstan and Ethiopia.

“The resolution will help reduce environmental injustices and protection gaps. It can empower people, especially those in vulnerable situations, including environmental human rights defenders, children, youth, women and indigenous peoples,” said António Guterres. Guterres is the Secretary General of the UN.

The universal human right also testifies to the effort of the Member States and their unification to fight against the triple threat of pollution, climate change and loss of biodiversity.

These together account for nine million deaths each year, experts say.

“Everyone, everywhere has the right to eat, breathe and drink without poisoning their body,” Michelle Bachelet said. Bachelet is the United Nations High Commissioner for Human Rights. “This right was not included in the 1948 Universal Declaration of Human Rights. So this is a historic resolution that will change the very nature of international human rights law,” said David Boyd. Boyd is the United Nations Special Rapporteur on Human Rights and the Environment.

More on the New resolution

About 50 years ago, the United Nations Conference on the Human Environment in Stockholm ended with resolutions from nations and bringing environmental issues to the forefront of the world. Currently, more than 176 countries have adopted the framework. “From the Stockholm Declaration of 1972, these rights have been incorporated into constitutions, national laws and regional agreements. In October 2021, it was recognized by the UN Human Rights Council. Today’s decision elevates the law to its place: universal recognition,” explained Inger Andersen. Anderson is the executive director of the UN’s environmental program. Later, the 2010 United Nations General Assembly (UNGA) added the right to water and sanitation as a resolution.

Although UN declarations are not legally binding, they are intended to encourage nations to incorporate them. Only the treaties and conventions of nation states undertake to respect these rights. More than 160 nations adopted the new universal human right while Iran and Russia abstained from voting. Furthermore, the terms “clean”, “healthy” and “sustainable” mentioned in the statements lack universally accepted definitions. However, according to the UN, it gives “more power to environmental activists to challenge actions and policies that are destructive to the environment”.


Legal disclaimer: MENAFN provides the information “as is” without warranty of any kind. We assume no responsibility for the accuracy, content, images, videos, licensing, completeness, legality, or reliability of any information in this article. If you have any complaints or copyright issues related to this article, please contact the provider above.