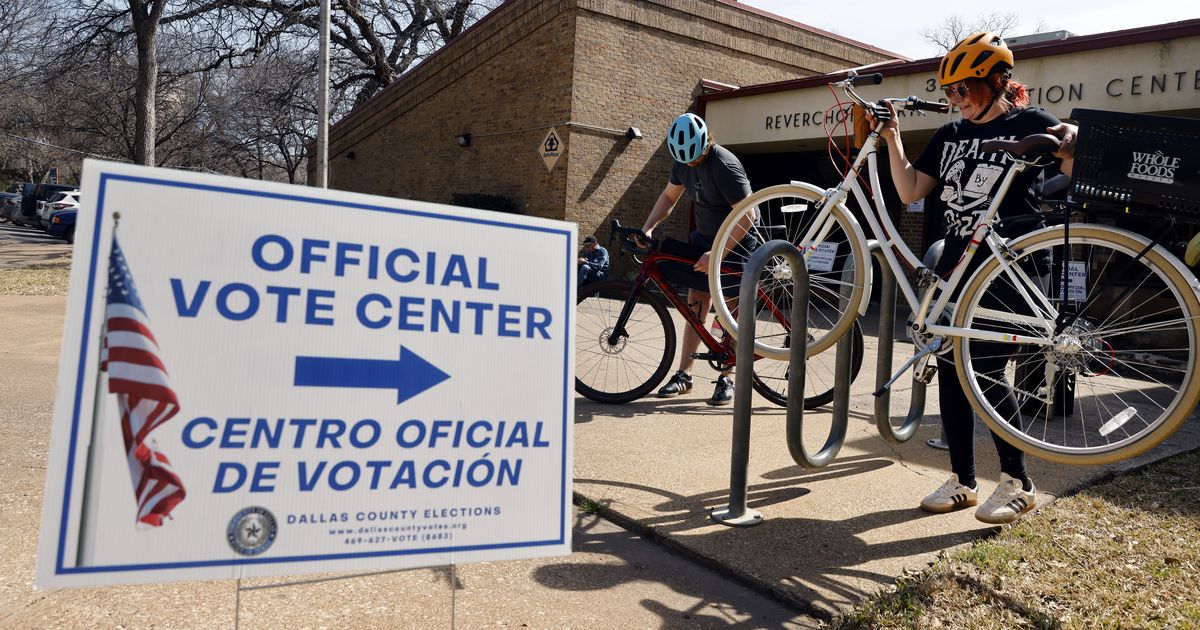 Results of a three-candidate race for a Dallas College board seat and DISD’s only contested race could swing, as county election officials work on pending votes and mail-in ballots late.

For a mail-in ballot to be included in the final results, it must be postmarked by 7 p.m. on Saturday to be counted.

The process for reviewing provisional and absentee ballots that have been rejected or pending review will be complete by 4:30 p.m. Friday, Dallas County Elections Communications Director Nicholas Solorzano said.

Recounts in at least one of the races are still ongoing.

At Dallas College, a council race is heading for a recount.

Incumbent Gretchen Minyard Williams, 65, fell behind her competitors for the college’s District 1 seat – which encompasses North Dallas and Lake Highlands.

According to the unofficial results, Catalina E. Garcia, 84, a retired doctor, leads the three candidates, followed by Lynn Davenport, 50, a former professional recruiter.

Garcia and Davenport could meet in a second round.

However, Davenport was just 33 votes ahead of Williams, who called for a recount on Monday.

“If I need to be in that second round, which seems to be, then I want to go ahead,” Williams said.

State law allows a recount if the difference between the votes of those vying for a second-round spot is less than 10% of the number of votes of the person entitled to a spot on the second-round ballot, which which is the case.

The race attracted 939 voters. State law also allows for a recount if the number of votes received by all candidates is less than 1,000, but it is unclear whether it will be triggered in this case. Garcia did not immediately respond to texts or calls from The Dallas Morning News search for comment.

The race was a rematch of a 2019 election runoff, where Garcia became the school board’s youngest elected trustee and the first Latina female trustee in Dallas history when she received 59% of the vote.

Garcia would likely need a boost from late mail votes to reverse the result. But White did better in the mail-in ballots in early voting, getting 176 votes to Garcia’s 136.

Solorzano said the cost of recounts, and who pays for them, “depends on several factors and can vary significantly depending on the contest.”

By state law, the person filing the recount request must also submit a deposit, and this amount varies depending on the number of polling places or precincts on Election Day.

In other Dallas College races, Phil Ritter, the incumbent for the District 2 seat — which represents Oak Lawn and Highland Park as well as Irving and Coppell — was re-elected by more than 66%. And in District 3, Paul Mayer, 72, CEO of the Garland Chamber of Commerce, is expected to replace incumbent Dorothy Zimmermann, who did not seek reelection.

Maxie Johnson of Oak Cliff and Ben Mackey of North Oak Cliff, the current chairman of the board, were unopposed in their respective Dallas ISD races.

The DMN Education Lab deepens coverage and conversation about pressing education issues critical to the future of North Texas.