“We realized we had nowhere to go” 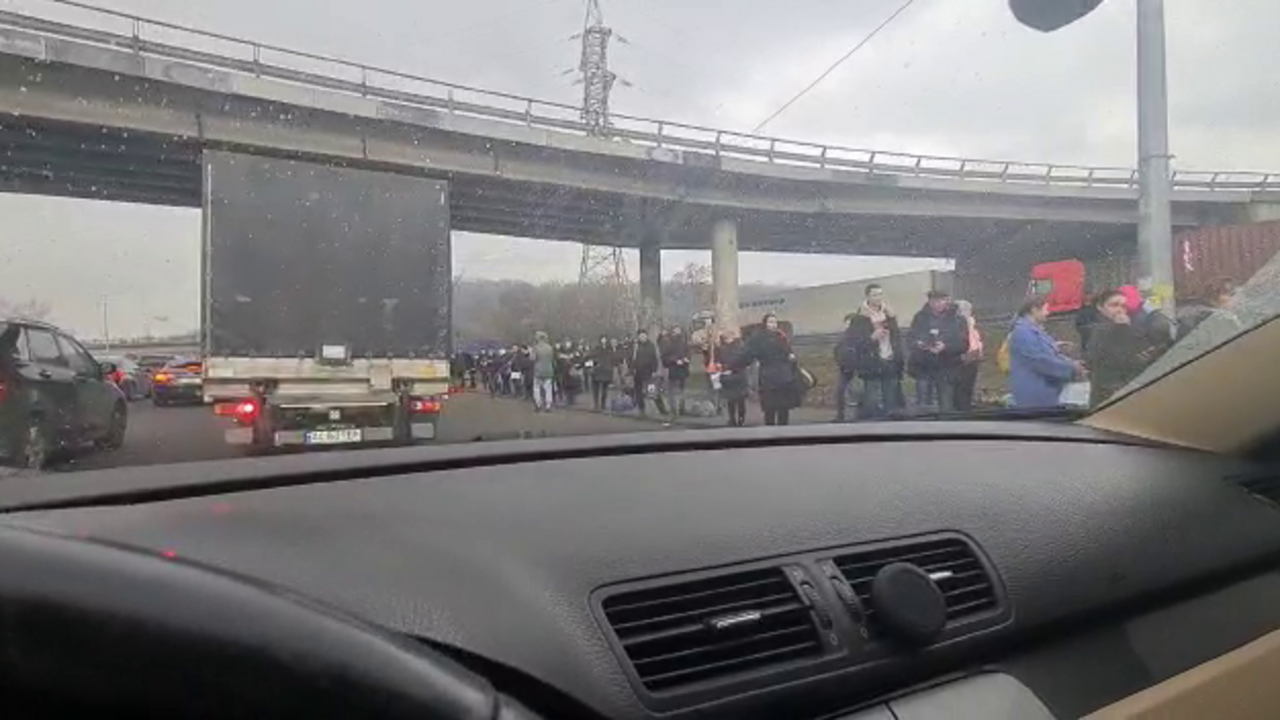 In the early morning hours of Thursday February 24, Russian troops launched a full-scale attack on Ukraine, after Russian President Vladimir Putin warned that any country that dared to interfere would face ‘consequences that you don’t have never seen”. Videos shared on social media showed heavy missile attacks as well as Russian deployments on land. The FRANCE 24 Observers team spoke to residents of Kharkiv, Kiev and Bila Tserkva, who told us how the invasion unfolded in their towns.

The morning of February 24 was marked by heavy shelling in the capital Kiev, as well as Kharkiv, Odessa and several other Ukrainian cities as Russia began its invasion of the country. Videos circulating on Twitter, Telegram and other social networks show the explosions and their aftermath.

Russian airstrikes have targeted military installations across the country, including airports and ammunition warehouses.

wow. Video of a missile hitting an airport, apparently in Ivano-Frankivsk in western Ukraine. The geographic scale of this thing is insane pic.twitter.com/odhvqin77Y

A video posted on Twitter on February 24, 2022 shows a missile hitting the Ivano-Frankivsk civil-military airport in western Ukraine.

These videos taken on February 24, 2022 show people taking refuge in underground metro stations in Kharkiv to shelter from shelling.

‘Just before you called me there was another explosion’

Ivan (pseudonym), resident of Kharkiv, spoke with the FRANCE 24 Observers team during a telephone call punctuated by the sound of explosions.

We heard explosions since 5 a.m. [Kyiv time, GMT+2] this morning. It stopped for a little while, and then just before you called me, there was another explosion. I live in the north of the city, we are about 22 km from the border [with Russia]. In the streets, the situation is more or less calm. There are queues everywhere, people are buying whatever they can. We are at home for now. We went out on the porch, to at least breathe some fresh air, since it is no longer possible to stay inside.

There was just another explosion, about 5 km away. We await more information. If we need to be evacuated, we need to find someone who can pick us up. We’ve gathered our stuff, we’re getting ready.

A video shared on SnapMap and reposted on Twitter on February 24, 2022 shows a long line of people waiting outside a grocery store in Kyiv.

“I started to hear huge explosions, since I live in the city center, then I turned on the news”

Yulia Vernykivska, who is in Bila Tserkva, Ukraine, also started hearing explosions early in the morning.

Many people in Kyiv got scared and are trying to leave Kyiv to go to western Ukraine. But they are stuck in the suburbs of Kyiv and there are a lot of traffic jams. I know that in some cities in the East, like Kramatorsk (Donetsk region) for example, people are evacuated by trains and head towards the center of Ukraine.

“There are 2, 3, maybe 4 million people who want to cross the border”

Jérèmy de la Cruz is a French national living in Ukraine with his family, in a village about 29 km from Kiev. He witnessed the mass exodus from the capital.

I was awakened at 5am by explosions. I opened the window and heard two huge ones and my windows shook. It was an explosion at a military base. I went back and forth to Kiev to collect my in-laws and I met French people, four of whom have now taken refuge with me.

I saw four kilometers of traffic jams at each gas station. But I was on a deserted road towards Kiev. On the other hand, in the other direction, there were millions of bumper-to-bumper vehicles.

Traffic piled up on the western side of Kyiv as people tried to escape. Intermittent explosions in the background. pic.twitter.com/1Xzd5TlEnK

This video, posted to Twitter on February 24, 2022, shows long lines of cars stuck in a traffic jam on a highway leading to Kyiv.

The two-lane road became a four-lane road. People drive on the median, on the grass, on the hard shoulder. I saw at least 4,000 people walking along the side of the highway, probably because they don’t have a car.

Right now there are 2, 3, maybe 4 million people who want to cross the border. But who knows if we won’t be stuck in camps or stuck on the highway forever? I prefer to take stock of the situation, see how things are going at the borders, and if possible, cross them quietly… We will decide what to do depending on the circumstances.


“We started to collect our passports, our money, but then we realized we had nowhere to go”

Yulia and her family started making preparations immediately after hearing the shelling, but like Jeremy and his family, they decided to stay where they were.

I was very scared, especially when I heard these explosions. I did not know what to do. It’s impossible to describe how it sounded because it had nothing to do with the sound of fireworks. There were five massive explosions. We started to collect our passports, our money, but then we realized we had nowhere to go. People are in panic. They’re just trying to cash out and get water, but they’re also definitely up for a fight.

Currently everything is open, but people are withdrawing money and buying medicine. But I guess Ukrainians are ready to fight and ready to resist. Personally, my family and I plan to stay here to defend our homes because we have nowhere to run and we want to stay in our homeland.