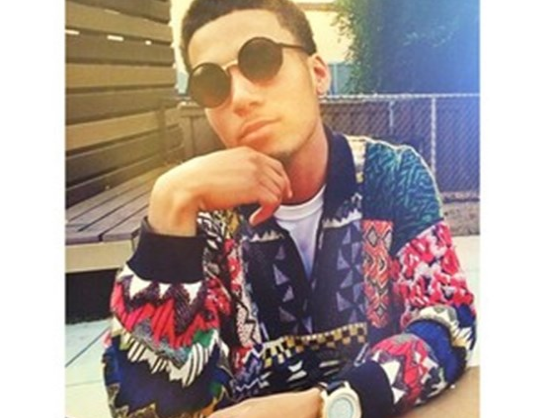 Trigger Warning: This story contains content that some may find disturbing.

As she returned home one evening in 2014, Nadezda Rosenberg was most worried about her own safety: it was late, she had a camera around her neck and her chest was exposed. She passed two young men outside a liquor store, decided they weren’t a threat, and continued walking towards her boyfriend’s house on the east side of the Mission District.

Moments later, she heard voices of ‘confrontation’ behind her, but didn’t turn around until she heard high-pitched calls for help – possibly another woman in distress.

The sounds, which Rosenberg described to a jury today as an “animal cry for help”, came from the corner of 24th and Capp streets, where a brutal stabbing was taking place.

Rosenberg was one of several witnesses brought forward by prosecutors today to testify about the night in 2014 when Luis Gutierrez and his older brother, Javier Gutierrez, allegedly tasered Ronnie Goodman, Jr., 20, and stabbed him 39 times shortly before midnight.

Luis Gutierrez is on trial for the murder of Goodman. He was taken into police custody in October 2014, shortly after the incident, and charged with murder, torture and assault with a deadly weapon. He is now 29 years old.

Her brother, Javier, 34, has also been in prison since 2014 and faces additional charges including manslaughter and assault with a taser. He recently reached a plea deal with prosecutors and will be sentenced next week.

Luis Gutierrez allegedly got into an altercation as he got off the bus at 24 and Mission streets on September 9, 2014, District Attorney’s Office spokeswoman Robyn Burke told Mission Local today. He went home to tell his brother and, according to the prosecution, the two, armed with a knife and a Taser respectively, went out to find the culprits.

Burke said when the Gutierrez brothers found Goodman with a friend at 24th and Capp, a fight broke out, which escalated to Goodman being Tasered and stabbed. Twelve of Goodman’s stab wounds were to the face, neck and eyes, Burke said.

“I saw two guys, hitting moves and Tasting another guy – I don’t know for how long – until that person was on the ground,” Rosenberg said today. She was flown in from New York and subpoenaed to testify today by the district attorney’s office.

Rosenberg said she soon realized the movements were stabbing motions and described hearing the sound of a knife penetrating the victim’s flesh “countless” times. The stockier of the two men “handled the situation”, while the taller, thinner man did the violent “dirty work”.

Camera footage from a nearby liquor store, along with cellphone footage from a bystander, was shown in court, and Rosenberg can be heard shouting to stop the attack.

Another witness, Junse Kim, a professor of creative writing at San Francisco State University, looked out the Capp Street window when he heard someone screaming for help that night.

“It felt like a desperate call,” Kim said. Although he was used to fights breaking out in his neighborhood, he said this time “it just kept going”. Kim’s testimony this afternoon generally supported Rosenberg’s account, although he did not know who had what he described as a “stun gun”. He also said he saw the victim being kicked.

Kim and Rosenberg both heard and saw the electroshock weapon being used on a victim neither of them saw return fire. Both described the pair of assailants as a taller, thinner man and a shorter, stockier one.

The description matches the two men who were captured on surveillance video footage running through a nearby alley that night, and also matches the Gutierrez brothers at the time of the attack. The footage has been made public by police to help locate the attackers.

Although police responded to the scene within minutes and attempted to save Goodman’s life, he was pronounced dead at San Francisco General Hospital later that night. Other witnesses who testified today included first responders, crime scene investigators and a nearby shop owner.

“I honestly believed he was going to be dead,” San Francisco EMT Paul Hobbs said today. Hobbs arrived, along with other paramedics and paramedics, shortly after the call for help was received. Noting the amount of blood lost and the number of stab wounds, Hobbs said he assumed Goodman had punctured lungs and possibly a punctured heart.

And the way Goodman breathed, Hobbs said, “is what you do right before death.”

Members of Goodman’s family, who were present in court today, hope to obtain justice and bring the trial to a close.

“I have been trying for justice for seven and a half years. But we finally made it here,” said Sherry Baltodano, Goodman’s mother. “The justice system really needs to escalate these homicide cases instead of dragging them out for years and years and years. It’s not just for families. »

It is not immediately clear why this case, initially indicted by former prosecutor George Gascón, took nearly eight years to come to trial. Prosecutor Sean Connolly told reporters yesterday: “I can’t explain why a case takes so long to come to trial. There are too many factors, too many variables, but this case is a case that must be judged. It is time for the families of the victims to obtain justice, for the victim to obtain justice. It is time for accountability. »

“There is never any closure for a mother. It will always be this open wound. I lost a son, and very violently,” Baltodano explained. But, she said, closing the case once and for all will help.