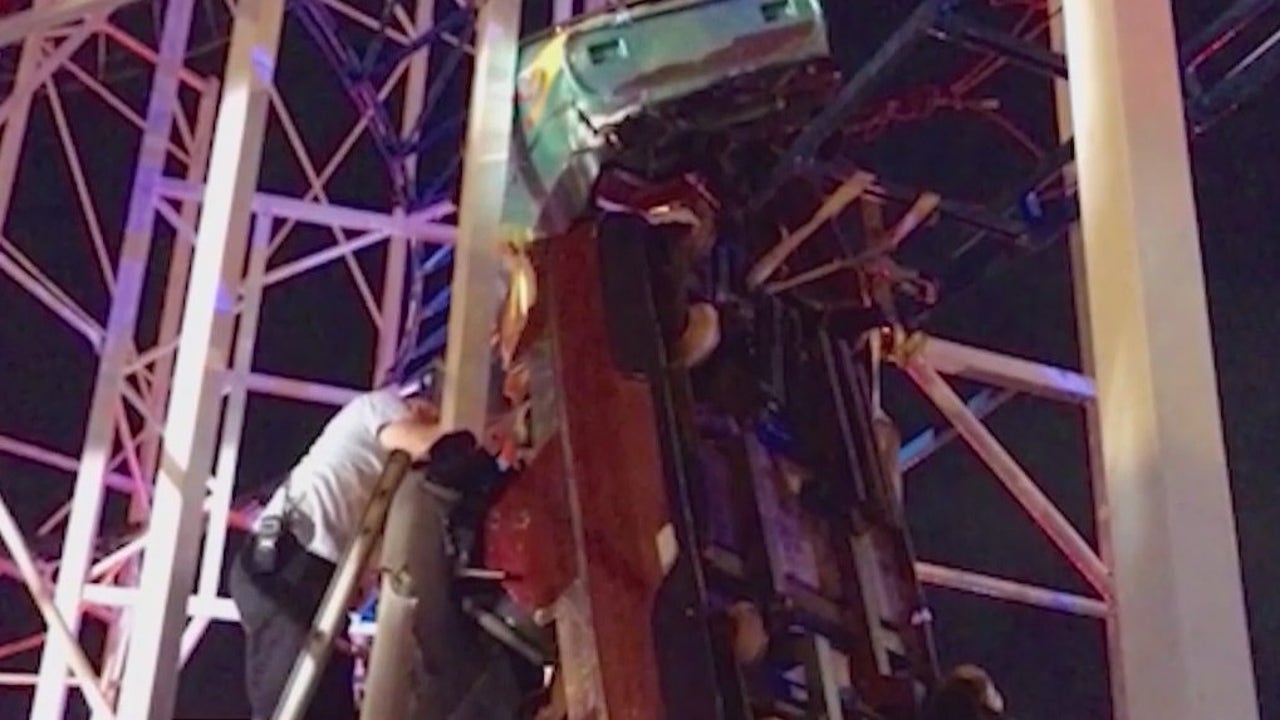 DAYTONA BEACH, Florida. – In a never-before-seen photograph, two women from Kentucky who were visiting Florida smile, raising their hands, about to take off on the Daytona Beach Sandblaster roller coaster. Moments later, their lives would change.

“Everyone who was on that ride, their lives were changed,” said Amanda Bostic.

It was June 14, 2018. The car the group was in derailed. People hung in the air for 45 minutes. Others were ejected from their seats. Six people, including Bostic and Missy Collins, were seriously injured. The two women were accompanying adults with special needs on a trip to Florida.

“I was ejected, so I was on the ground. Once I realized what had happened, I started screaming for help,” Bostic explained. “We are almost four years away from my accident, and I still have daily difficulties.

The Florida Department of Agriculture and Consumer Services (FDACS) hired an engineering firm to investigate. They found that speed was the main cause, but there were also issues with seat belts and rust on the tracks. Officials say they have also found evidence of earlier derailments.

“It was unreal because there should have been proper things put in place to prevent this ride from ever working again once it happened,” Bostic said.

Overall the rides are considered safe. According to the International Association of Amusement Parks and Attractions (IAAPA), there is a one in 15.5 million chance of being seriously injured on a ride at a fixed site. When there are accidents, it shakes up the industry. About four years after the Daytona derailment, Tire Sampson died in the Orlando free fall. State officials said the preliminary investigation found the seats had been adjusted for tall passengers, making them unsafe.

So how do you know if a ride you’re about to ride is safe? There are a few things to look for.

First, the FDACS said there should be a permit sticker on the screen indicating that the ride has been inspected. It should look like the ones you see on gas pumps. State officials also said you should obey posted safety instructions and pay close attention to what you see and hear before boarding. For example, do employees pay attention to passengers? And keep your hands and feet inside the carrier, always holding on to the lap bars or restraints.

“I’m happy to be alive and grateful that everyone prayed for us,” Collins said.

The women say they will never set foot in a merry-go-round again. The Sandblaster never reopened and was eventually demolished. But the memories of what happened on that trip linger.

“You expect a fun time, then tragedy strikes,” Bostic said.

Several of the victims hired lawyers after the accident and told us they received compensation soon after.