New molecule paves the way for nickel as a ‘greener’ photocatalyst 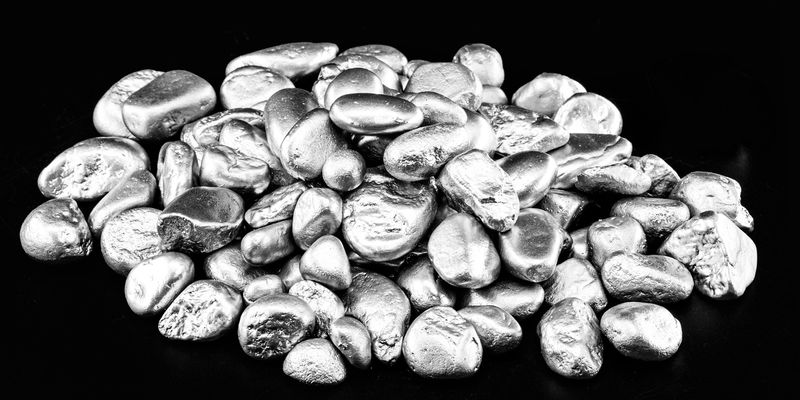 In recent years, the gold word for precious metals is palladium.

A crucial component of automotive catalytic converters and emerging hydrogen fuel cell technology, demand for this rare silvery-white transition metal continues to outstrip supply, driving its price per ounce well above gold and the money.

Palladium and other rare and expensive precious metals like platinum, iridium and ruthenium are also crucial in chemical transformations, in particular the catalysis of transition metals, which has become an indispensable tool for assembling complex molecules in the development of pharmaceutical drugs, polymers and other useful chemicals.

The scarcity and cost of these precious metals has created the need to develop catalysts from more abundant and generally less expensive transition metals, such as nickel, a cousin of palladium.

As a result, the last decade has seen a dramatic expansion of novel catalytic bond-forming transformations involving nickel.

“We know from the literature that nickel complexes are extremely useful in performing certain transformations, perhaps better than other transition metals,” said William H. and Janet G. Lycan Professor of Chemistry Liviu Mirica. at the University of Illinois at Urbana-Champagne. “People have gotten very good at optimizing the conditions for specific transformations, so we’re slowly getting to where nickel could compete with palladium in those transformations.”

More recently, scientists have focused on developing nickel catalysts that can be directly photoinitiated by light, which Mirica says has proven to be a very successful area of ​​research producing reactions that weren’t possible before. previously.

However, they still require the use of an additional photocatalyst, usually based on precious metals such as iridium or ruthenium which are even more expensive than palladium.

In a recently published article in Nature Communication, Mirica and postdoctoral researcher Hanah Na report their work on the development of a completely new tridentate ligand that coordinates with nickel to create a catalyst that can be directly activated by light to form a carbon-oxygen bond without the use of an additional photocatalyst. CO bonds are prevalent in many natural, pharmaceutical and agrochemical products.

Mirica and Na believe that their new class of tridentate pyridinophane ligands (RN3) can lead to the development of new nickel catalysts and provide a convenient platform for detailed mechanistic studies of other nickel-catalyzed chemical reactions.

“It’s a competent catalyst and on top of that it can do this photocatalysis on its own, it doesn’t need these other photocatalysts,” Mirica said. “This opens up many avenues of research that we believe could be used for many additional applications.”

These tridentate pyridinophane ligands (RN3) build on earlier work by Mirica, who had previously developed a new four-pronged molecule known as the tetradentate ligand, whose structure resembles the pocket of a baseball glove. This ligand structure promoted rapid CC bond formation reactivity while stabilizing the higher oxidation states of nickel.

“It’s very stable. But all of these middlemen over the past decade have been far too stable. They are not proficient in catalytic applications,” Mirica said.

Then there is the bidentate ligand framework bipyridyl that most chemists use in nickel photocatalytic processes, which offers improved reactivity and the ability to tune the optimization to achieve the desired reaction.

Typically, Mirica explained, classical organic chemists have a particular chemical transformation in mind and try whatever catalysts they think are good, and whatever conditions or additives would be useful and optimize them, by focusing on a very specific transformation.

“We have a slightly different approach: a metal-centric approach and in this case nickel is the metal of interest,” he said. “I want to be able to design, isolate, characterize nickel complexes with different coordination numbers, different ligand environments and in different oxidation states, which will ultimately dictate their reactivity.”

This last ligand structure sits somewhere in between the other two.

“We open up a coordination site, we open up that nickel center, removing one of the four nitrogens, to allow other things to bind to it and eventually that allows you to do catalytic activity, but still able to isolate and characterize the intermediates,” he said.

Their new tridentate ligand allowed them to reveal for the first time the key reaction steps and the intermediate species of this catalytic cycle. A thorough mechanistic understanding of Ni-mediated photocatalysis is essential for rational reaction design and optimization of the nickel-mediated chemical process, the researchers explain in the report.

From a mechanistic point of view, the photocatalytic cycle is well understood, but the Ni-mediated redox cycle has remained a mystery. The paramagnetic species Ni(I) and Ni(III) are thought to be part of the process, but have not been extensively studied, and the key catalytic steps of oxidative addition, trans-metallation and elimination reduction at nickel centers have never been studied. directly observed.

Over the past few decades, Na explained, visible light-mediated photoredox catalysis has made vital contributions to the field of synthetic organic chemistry. Traditionally, the development of new methodologies and the optimization of reaction conditions are often achieved through trial and error rather than being based on a thorough understanding of the underlying reaction mechanism.

Na said this could be because understanding the underlying chemistry requires major input from the fields of inorganic and organometallic chemistry (beyond the scope of synthetic organic chemistry research interests), including the synthesis and characterization of associated metal complexes and the study of their photochemistry and photophysics.

“As inorganic and organometallic chemists, we want to contribute to this emerging field of research, focusing primarily on finding clues to understand the underlying reaction mechanisms, which is not done much by chemists. organic,” Na said. “We believe that our work would provide crucial insight into reaction design and the search for new chemical transformations in the burgeoning field of photoredox catalysis, and therefore could impact both the chemical community organic and inorganic.”

The goal, Mirica explained, is to release a new reactivity that could ultimately be useful to organic chemists, who could then employ this system and use it for very particular synthetic targets.

“They may not perform as well as the finely optimized or finely tuned systems that people use daily in a biological lab, but we expect our new Ni catalysts to be in common use several years from now,” Mirica said.